The best thing about fall isn't the weather, back to school shopping, the changing leaves, or even pumpkin-flavored everything. No, the best thing is kicking off a brand new theater season — and this season promises a lot to look forward too! Need help narrowing down what to see? Here are 15 shows that we think will be worth your time, chosen because of the cast, creative team, advance buzz, or all of the above. 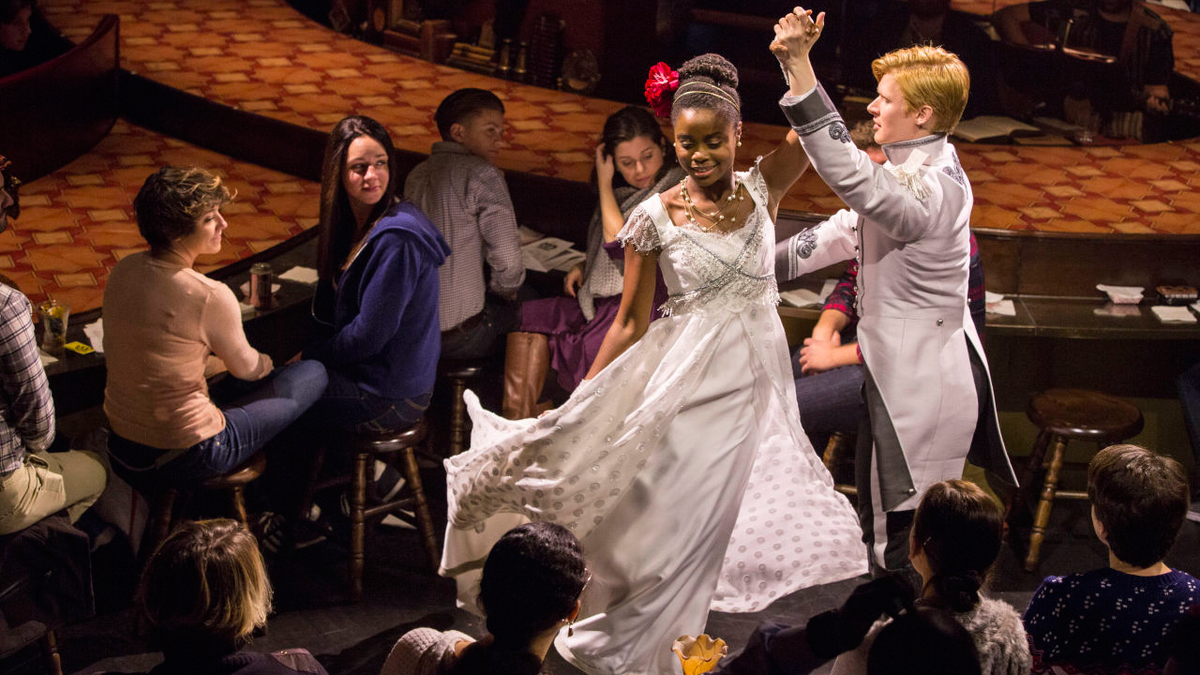 Denée Benton (Natasha) and Lucas Steele (Anatole) in "Natasha, Pierre and the Great Comet of 1812" | By Gretjen Helene/American Repertory Theater

The Front Page: It's a Mad Men reunion for John Slattery and Robert Morse. The rest of the cast includes Nathan Lane, John Goodman, Sherie Rene Scott, and Jefferson Mays, so you can bet this 1928 play will be a hot ticket.
Closed
Falsettos
1,066 reviews
85
Overall Score
Score it Scored!
Wish List Wish List
Buy

Natasha, Pierre & the Great Comet of 1812: Dave Malloy's songwriting prowess is no secret to downtown theatergoers, but he'll get a wider audience when his electro-pop take on War and Peace hits Broadway, especially since Josh Groban is making his Broadway debut in it.
Closed
A Bronx Tale (Broadway)
1,347 reviews
80
Overall Score
Score it Scored!
Wish List Wish List
Buy

Dear Evan Hansen: This is on track to be the new it musical for young adult audiences. Ben Platt's performance as the lonely and awkward titular character is revelatory.

The Wolves: The pre-opening buzz for Sarah Delappe's play about a girls' soccer team has been extremely positive, and it's always encouraging when a play has a female playwright, director, and cast. Though hopefully one day soon it will be commonplace enough that we won't have to comment on it.
Closed
Underground Railroad Game
147 reviews
80
Overall Score
Score it Scored!
Wish List Wish List
Buy

Underground Railroad Game: If you're willing to walk very far west to Ars Nova, you'll usually be rewarded with innovative theater. (Another show on this list, Natasha, Pierre & the Great Comet of 1812, debuted there.) And we're intrigued to see how Jennifer Kidwell and Scott Sheppard's play will address race through the format of an elementary school game.
Closed
Love, Love, Love
329 reviews
79
Overall Score
Score it Scored!
Wish List Wish List
Buy

Tick, Tick…BOOM!: Though not as known as Rent, Jonathan Larson's musical will resonate with anyone who has turned 30 or who has gone through a turning point in life. It seems perfectly cast with Nick Blaemire (The SpongeBob Musical), Ciara Renée (The Hunchback of Notre Dame), and George Salazar (Godspell).
Closed
Sweet Charity
301 reviews
85
Overall Score
Score it Scored!
Wish List Wish List
Buy

Sweet Charity: Sutton Foster hasn't let her television career (Younger is about to start its third season) stop her from doing theater from time to time. She's starring in the New Group's 50th anniversary revival of the musical by Cy Coleman, Dorothy Fields, and Neil Simon.