Between 2013’s production of “Big Fish” and the news that Alex Timbers is taking the reins of a musical adaptation of "Beetlejuice", Tim Burton’s movies seem to be having their moment on the Broadway stage. 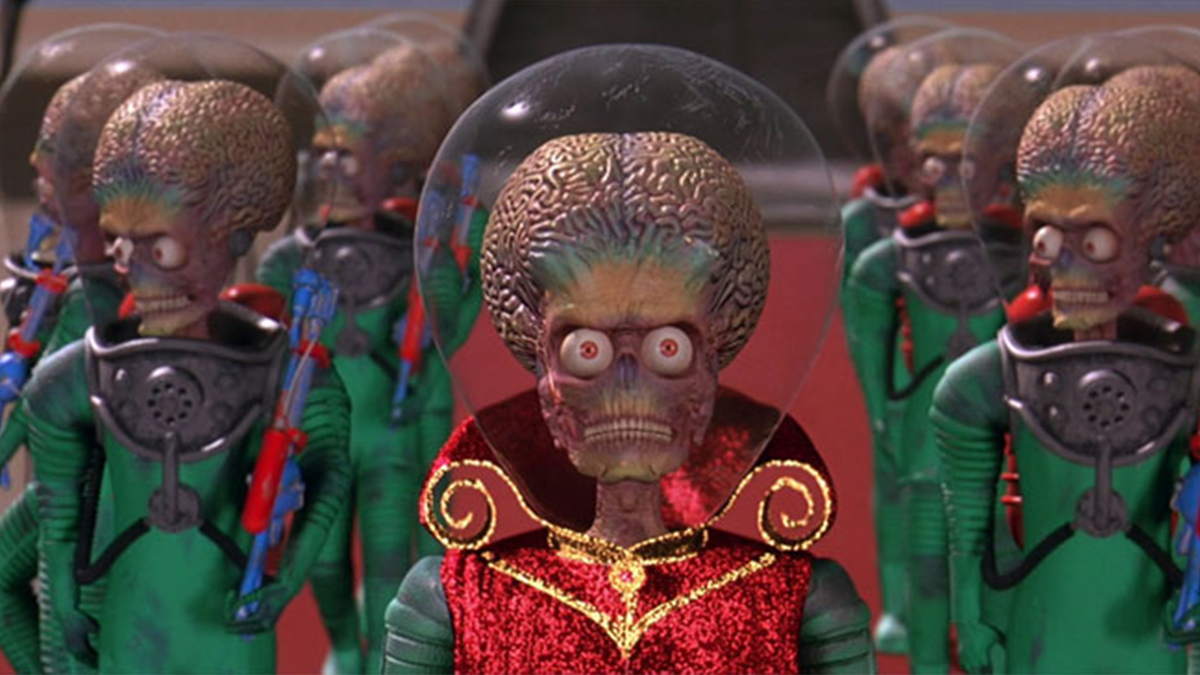 Screencap from "Mars Attacks!" (1996) | By "Mars Attacks!" (Tim Burton, Warner Bros.)
Mars Attacks!
Since “Disaster!” is now closed, I’d argue that if there is one thing Broadway is now sorely lacking, it’s some fun, campy B-movie realness. With its over-the-top adventure, delightful absurdity, and gloriously hokey sentimentality, a successful take on “Mars Attacks” could easily be this generation’s “Little Shop of Horrors.”

Dream Director: Alex Timbers
Timbers may already be scheduled to direct "Beetlejuice", but who better to make a musical out of a property originally based on an alien invasion trading card game? This inventive director's early work includes a dystopian musical inspired by the video game "Dance Dance Revolution", as well as the play "Heddatron" about a housewife who is kidnapped by robots and forced to perform Ibsen for them. 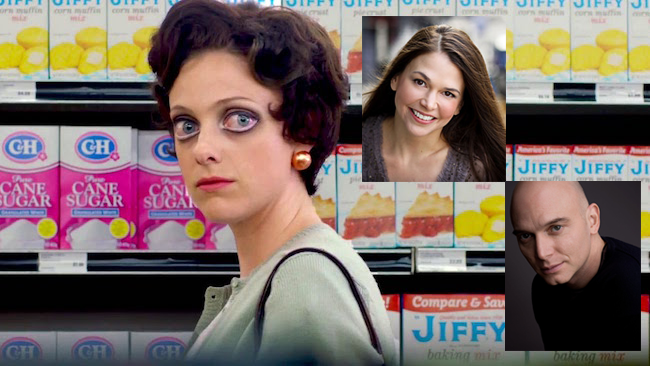 Screencap from "Big Eyes" (2014)
Big EyesOne of Burton’s most recently released films tackles the real life story of Margaret Keane, an artist whose husband stole credit for her distinctive “big eyed” portraits in the '60s. It’s probably Burton’s most conventional narrative, and the deeply human story of a woman standing up to the man who betrayed her trust is a natural fit for the stage if I’ve ever seen one.

Foster's ability to play a character with hidden reserves of inner strength—showcased so potently in "Violet"—makes her the perfect choice to tackle the tricky but rewarding role of Margaret Keane. And Cerveris took a recent Tony-winning turn as another troubled husband, Bruce Bechdel, in "Fun Home". Personally, I would relish seeing him bring a touch of humanity to a ruthless villain like Walter.

This romantic gothic fantasy fable marks the first of Burton’s many collaborations with Johnny Depp. The grown-up fairy tale tells the story of the titular Edward, a boy with scissors for hands, who is forced to survive in the suburban world of conformity. The characters are so full of barely-repressed feeling that you can imagine them letting loose and bursting into song at any moment.

Dream Cast: Gideon Glick and Denée Benton
Glick's penchant for playing the slightly awkward and sentimental odd man out in roles like Ernst in "Spring Awakening" and Jordan in "Significant Other" make him a natural fit for Edward. Benton is currently winning audiences' hearts as Natasha in "Great Comet", and I have no doubt she'd do the same as Kim, a character who falls victim to a different kind of doomed romance.

Screencap from "Ed Wood" (1994)
Ed Wood
Starring Johnny Depp in the title role of the tirelessly enthusiastic (and cross-dressing) director of the legendarily terrible “Plan 9 from Outer Space”, and a brilliant Martin Landau as the diminished, but proud Bela Lagosi, the film is a career highlight for both the actors and Burton alike. And what works better on a Broadway stage than the story of an indefatigable dreamer?

Dream Director: George C. Wolfe
Wolfe's stunningly sensitive and compelling direction of "Caroline or Change" and "A Normal Heart", plus the joyous 'let's put on a show' energy of his recent Broadway musical "Shuffle Along", makes me think he'd be the ideal candidate for what may be Burton's most human film.

Screencap from "The Nightmare Before Christmas" (1993)

The Nightmare Before Christmas
Although Burton didn’t actually direct “The Nightmare before Christmas” (that honor goes to animation maestro Henry Selick), he wrote the story and produced the creepy musical adventure, which bears all the hallmarks of his deliciously warped imagination and design. Add in terrific tunes by long time Burton collaborator Danny Elfman (who also supplies Jack’s singing voice), “Nightmare” seems built for the Broadway stage.

Dream Director: Julie Taymor
I can think of no one I'd rather see bring the comically strange inhabitants of Halloween Town to life than director and puppet master Julie Taymor, whose visionary work in "The Lion King" has been thrilling audiences for almost two decades. I'd love to see Ms. Taymor make a triumphant post-Spider-Man Broadway comeback, and this is one way to do it!