5 Screen Actors You May Not Have Known Are Tony Winners

If you're a true Tonys trivia junkie, it might be tough (or even impossible) to stump you with a list like this. But that certainly doesn't mean that we won't try! 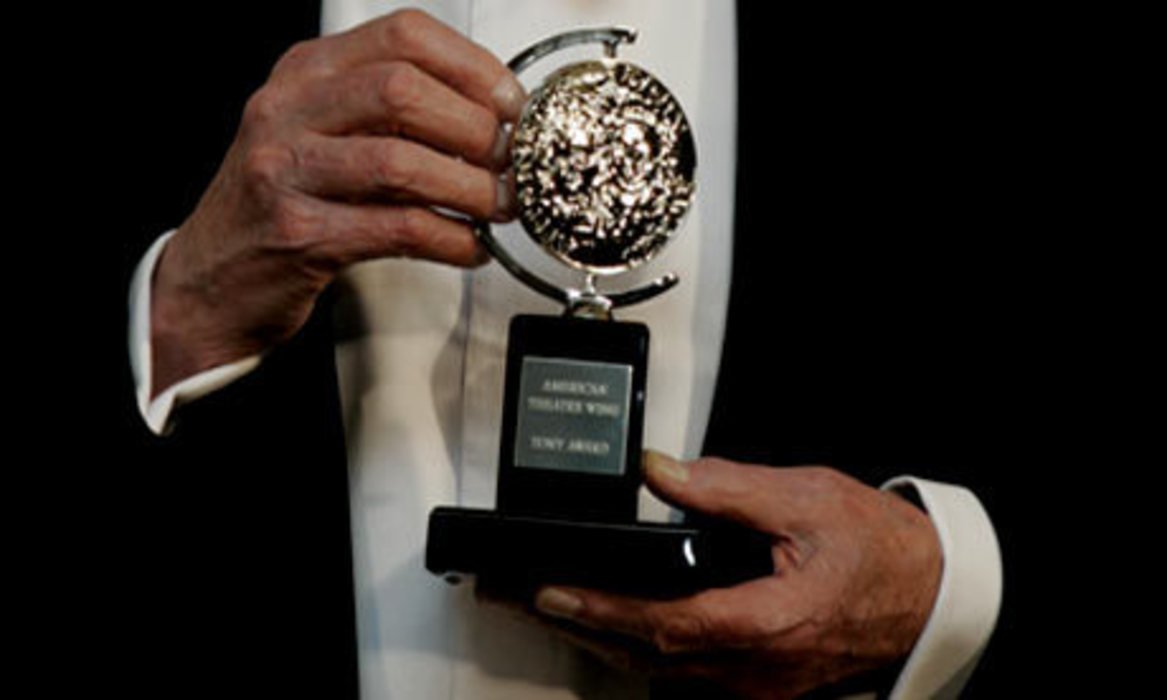 Who could it be? | By filmrise.com

1989 may not have brought about the most exciting Tony ceremony in the world (there were only three Best Musical nominees, and no nominees for Best Book or Best Score), but that didn't stop this Seinfeld star from earning an award of his own. Jason Alexander took home the Best Actor in a Musical prize for portraying various characters in "Jerome Robbins' Broadway."

A Tony-winning actor? Now that's even better than being a marine biologist.

Maggie Smith, 1990 Best Actress in a Play, "Lettice and Lovage"

To a younger group of fans, she's best known as the stern Professor McGonagall from the Harry Potter film series...but to West End frequenters in the '50s-'80s, the real magic happened onstage! In 1990, Smith won the Tony for her leading role in the play "Lettice and Lovage," a role which playwright Peter Shaffer quite literally wrote for her.

And while Maggie Smith may have only won one Tony Award, she's also won five Evening Standard awards (the British equivalent of the Drama Desk Awards), setting a record for the most ever won!

America's favorite fictional president got his start onstage, and he's got a Best Featured Actor Tony to show for it. Spacey won the prize in 1991 for his portrayal of "Uncle" Louie in "Lost in Yonkers," but his affinity for live theater doesn't end there. From 2004 until mid-2015, he was the artistic director at the Old Vic theater in London, where he both performed onstage and managed other talent.

Congrats on your other win, President Underwood.

If you're familiar with "The Princess and the Frog," then you're definitely familiar with this official Disney Legend's stunning voice. Anika Noni Rose is best known for delighting thousands of Disney fans with her portrayal of the animated Princess Tiana, but onstage, she's scored the 2004 Best Featured Actress award for "Caroline, or Change" (and was nominated 2014's "A Raisin in the Sun")!

And once you win a Tony, it's safe to say you're no longer "Almost There".

She's one of only 12 people to have ever accomplished the feat of winning a coveted EGOT: an Emmy, Grammy, Oscar, and Tony grand-slam. But while Whoopi's acting chops are certainly amazing, they had nothing to do with her Tony win! Instead, Goldberg picked up the prize in 2002 as a producer of Best Musical winner "Thoroughly Modern Millie".

Her latest foray onstage was in 2010, in the West End production of "Sister Act": this time, she played the Mother Superior!

How many of these winners did you already know about? Are there any surprising winners that you think we missed? Let us know in the comments!

And don't forget to predict who you think will win at this year's Tony awards: you could win up to 1,000,000 Audience Rewards points!