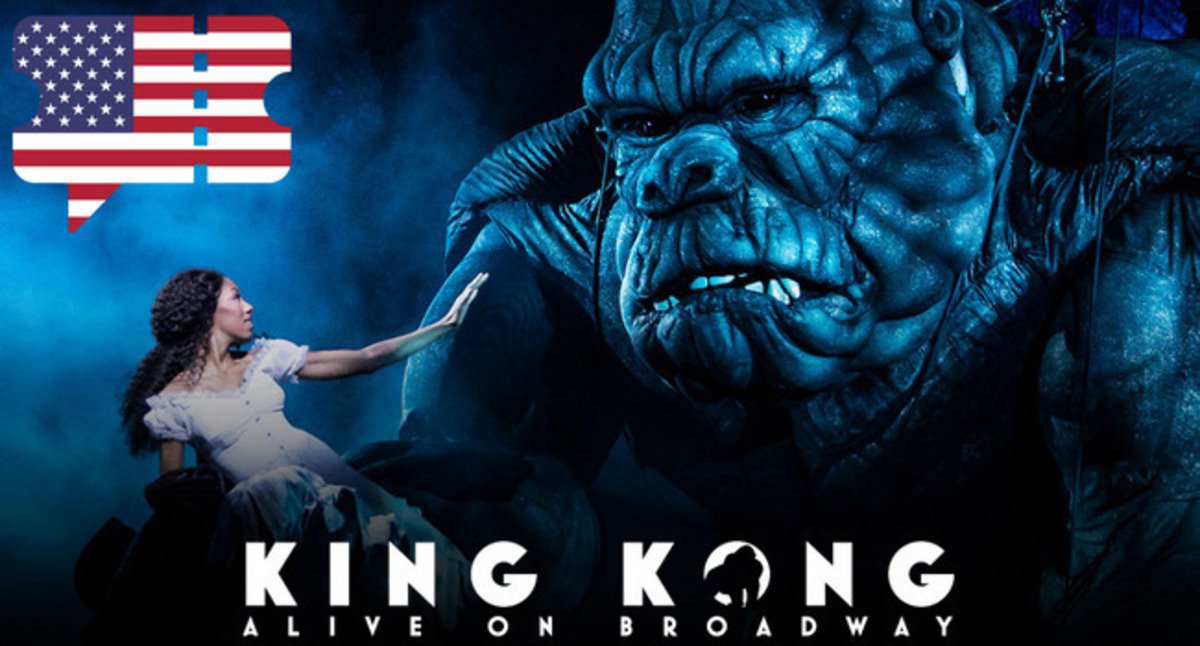 Since rip-roaring onto Broadway this past fall, “King Kong” has been terrorizing audiences nightly at the Broadway Theatre. Of course, anyone familiar with the compassionately delicate story knows that the titular gorilla is so much more than monster.

That’s especially true for this new musical adaptation, which has had a 10-year road to New York, and features an animatronic puppet like the theater has never seen before. Starring Christiani Pitts as a new kind of damsel very much not in distress, the production is playing an open-ended engagement at the Broadway Theatre, and good thing, too, because this “Kong” is one that deserves to be seen and then seen again. Here are just seven mind-blowing facts that will explain why.

Get tickets to see "King Kong" on Broadway.

This Kong really is king.
That eponymous monster — or misunderstood gentle giant, depending on how you look at it — lives up to his fierce reputation in stature alone. For starters, the actual puppet weighs 2,000 pounds and is 20 feet tall. It also requires 14 performers to make him move onstage, and 16 offstage “microprocessors” to keep him operating.

He's not your average puppet.
Though Kong is considered a puppet, Lamb Chop he is not. His skeleton is derived of steel while his skull is made of fiber. His limbs, meanwhile, are the product of high-pressure inflatable tubes, and his chest and (impressive) abs are made of inflatable airbags. His hips and back are constructed using fiberglass that’s been molded into shells, all of which are covered by a silky, soft-to-the-touch fabric skin.

Kong’s Broadway journey has been long and winding.
The musical arrived on the shores of Broadway this past fall, but the show has been in development for a near-decade. Before ultimately landing on the current creative team of director Drew McOnie, composer Eddie Perfect, and book writer Jack Thorne, several other names were attached, including Tony winner Jason Robert Brown and singer-songwriter Sarah McLachlan.

Old-school spectacle is alive and well.
If you appreciate the glitz and glam of an old-school Broadway spectacle, this “King Kong” won’t disappoint. For starters, it cost a hefty $35 million to make, ensuring no skimping in any area of production value. The razzle dazzle also comes by way of a top-tier ensemble stacked with a whopping 36-person cast of triple threats.

The King has company.
The helpful humans that are in charge of making Kong come to life onstage actually have a collective title: the King’s Company (take that, Glenda Jackson!). To move him realistically, the team utilizes rigging ropes, which allow the puppet to run, leap, and slam his fists wayward. In the show’s previous iterations, the King’s Company was comprised entirely by men. For Broadway, however, two women regularly perform on the operating team.

Kong sleeps closer to heaven.
Have we mentioned that Kong is very large? Well, he is so large in fact that he actually cannot fit in the theater’s wings off to the side of the stage. That means that after each performance every evening (as well as during his offstage time during the show), Kong literally hangs above the stage, suspended by steel cables.

The voice of Kong is a legit one.
The hyper-realistic beastial sounds that Kong emits? Those are no sound effects. Actually, he’s voiced live every night by an offstage operator, Curt James, who is in charge of the gorilla’s many wails and heavy breathing. James himself is a classically trained British actor who most recently assisted last season’s Broadway revival of “Angels in America,” in which he helped to animate the wings for the titular angel.