8 Moments from Elsie Fest We Can’t Stop Thinking About

Tags: Standing Ovations, Theater Geek Society
Show-Score | By Kate Leggett | Oct 9, 2017
That joyful sound of a thousand or so theater fans that you heard last night? That was Elsie Fest. 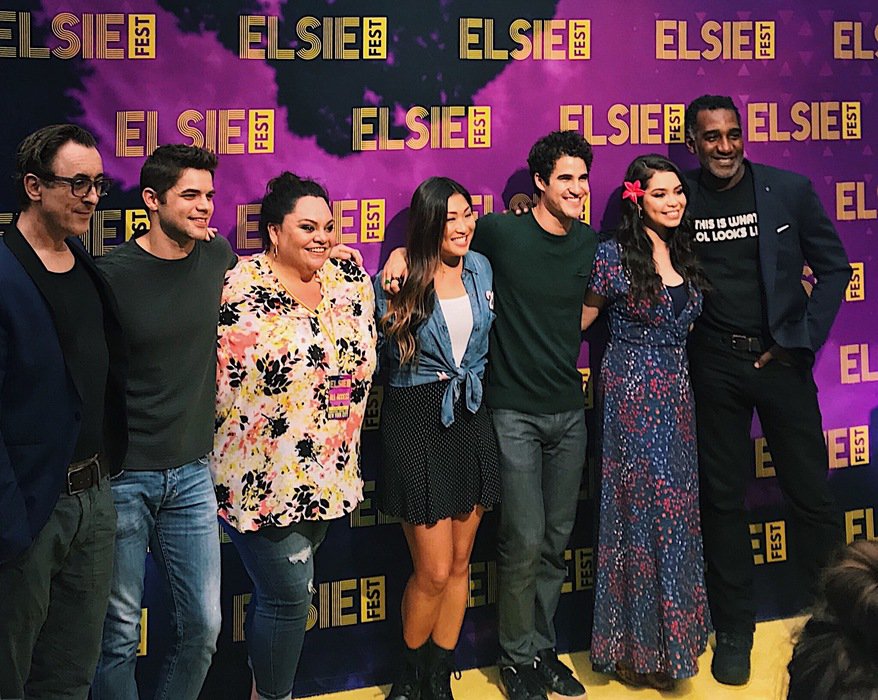 8. Jeremy Jordan kicking off the night with “Shiksa Goddess”

You know you’re at an event for theater super-fans when one of first songs is by Jason Robert Brown. We loved Jeremy in the movie version of “The Last Five Years,” and it was great to hear him sing this live.

Auli’i Caravlho is the latest Disney songstress that we’re obsessed with. From her gorgeous performance of “How Far I’ll Go” from “Moana” to her reminder that Moana is a heroine, not just a princess, she had us shouting, “You go, girl!” at the top of our lungs.

Listen, if there’s a Broadway baritone that’s cooler than Norm Lewis, we haven’t found him yet. But more importantly, his stirring, empowering performance of Marvin Gaye’s “What’s Going On” was just what we needed to hear.

Darren Criss might have rocketed into the theater geek consciousness as the hunky Blaine on “Glee,” but hardcore musical theater fans know he started off with the uber-clever “A Very Potter Musical.” To honor his magical roots, he performed “Granger Danger” with special guest (and “Glee” co-star) Jenna Ushkowitz.

Ingrid Michaelson rocked the Great White Way when she joined the cast of “The Great Comet” as the sweet (and suffering) Sonya. If she hadn’t already stolen our hearts with her gut-wrenching rendition of “Sonya Alone,” her performance of “Somewhere That’s Green” last night would’ve sealed the deal. And now we can’t stop thinking about a revival of “Little Shop of Horrors” with Ingrid as Audrey…

3. Lea Michele taking us back to the “Glee” Golden Years

In pure showstopper fashion, Lea Michele burst through the (metaphorical) double doors of the Elsie Fest stage and belted out the classic “Don’t Rain on My Parade.” And now we really, really, really want that “Funny Girl” revival.

We’re hard-pressed to pick just one crucial moment from Alan Cumming’s set, so we’re including the whole kit and caboodle. From his cover of Keane’s alt-rock classic “Somewhere Only We Know” to his Stephen Sondheim mash-up, he had us swerving from tears to side-splitting laughter in a matter of minutes.

1. Keala Settle slaying us all during “This Is Me”

If we were betting folks, we would bet that, in three months, everyone is going to be talking about Keala Settle and “This Is Me.” In other words, we love her and we love this new song from the “The Greatest Showman.” And if you can’t get it out of your head (like we can’t get it out of ours), you just might want to enter to win a personalized video serenade from Keala herself. After all, who wouldn’t want the bop of the year dedicated to them?