All the theatre Easter eggs in 'tick, tick... BOOM!' on Netflix 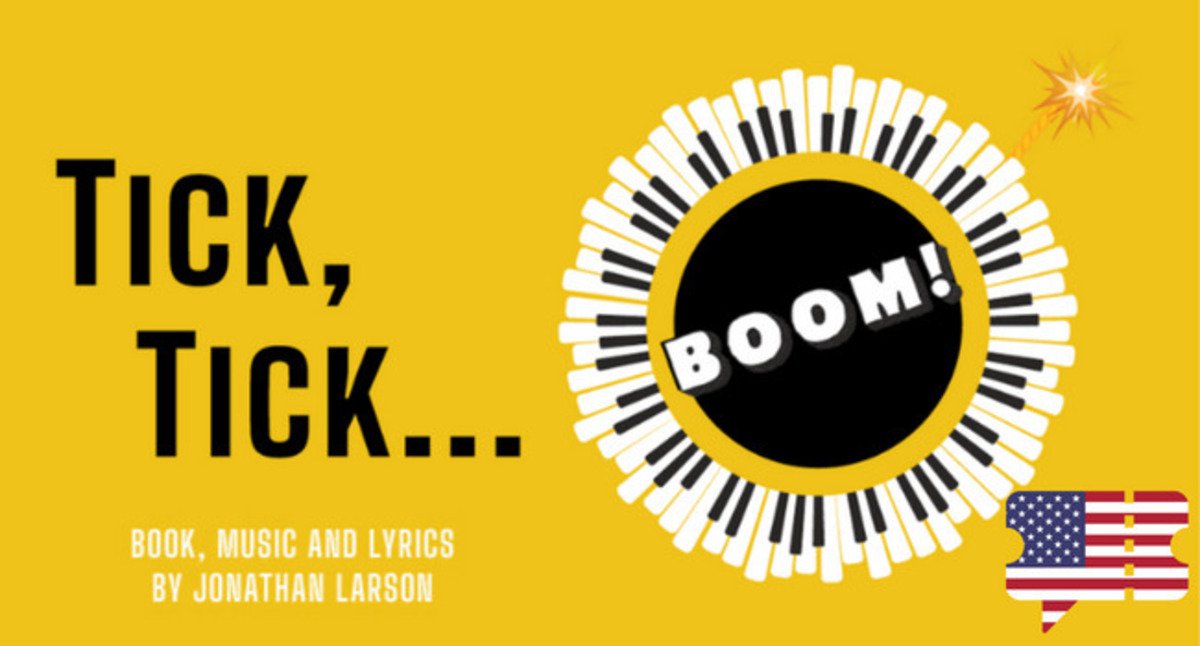 No more waiting for tick, tick... BOOM! The film was put on hold for a year, but it's finally debuted in theatres and on Netflix. An adaptation of the same-named musical, tick, tick... BOOM! is the semi-autobiographical story of Jonathan "Jon" Larson, known for writing Rent, who worries whether he's running out of time to make it as a composer as he approaches his 30th birthday. The film is something of a tribute to the late Larson, helmed by fellow career composer Lin-Manuel Miranda in his directorial debut.

tick, tick... BOOM! is nothing short of a treat for all kinds of viewers. TV and film buffs will go wild for the all-star cast that includes Andrew Garfield, Vanessa Hudgens, Alexandra Shipp, Robin de Jesús, Mj Rodriguez, and Judith Light. And being a musical about creating a musical, tick, tick... BOOM! is, naturally, a theatre lover's candy store. Broadway cameos abound. Off-Broadway gets the love it deserves. And Jon bears a striking resemblance to another young, scrappy, and hungry musical lead. Here are some of our favorite things about tick, tick... BOOM! — like Johnny, we can't decide on one.

And no Jonathan Larson tribute film would be complete without a hint of Rent...so there's some brief footage of the original production in there too. Idina Menzel is front and center, of course, in all her glory as Maureen. As she should be.

One scene takes place at a theatre writers' workshop Jon attends, where the room is filled with aspiring composers just like him. And who plays those "aspiring" composers? Just the likes of Jason Robert Brown (a three-time Tony Award winner who's debuting a new Broadway musical with Billy Crystal in the spring), Alex Lacamoire (the Tony and Grammy-winning composer behind Hamilton and music producer for the film), Tom Kitt (a Pulitzer and two-time Tony winner who's currently off Broadway with The Visitor), and Stephen Schwartz (the Grammy and Academy Award winner behind Wicked, Godspell, and Pippin), among others. Yup, aspiring, totally.

So. Many. Hamilton. Parallels.

You might be thinking, what does Jonathan Larson have in common with Founding Father Alexander Hamilton? A lot, apparently. Think about it: They're both poor, scrappy writers with main character syndrome (we say lovingly) trying to make it in New York. They both feel like they're running out of time, though the writer's-blocked Jon would envy Hamilton's ability to write 51 essays under that kind of pressure. They alienate their friends and significant others in the name of their all-consuming work, but they ultimately die early before they can see their legacies take root. Now, we realize, their histories are undeniably important and worth telling. Lin-Manuel Miranda clearly has a niche when it comes to chosen projects, and he sticks to it!

Oh, and have we mentioned that Miranda himself once played Jon, in a 2014 Encores! revival of tick, tick... BOOM!? He was flanked by none other than the original Aaron Burr, Leslie Odom Jr., as Michael, and Karen Olivo, who played Angelica in a Chicago production of Hamilton, as Susan.

Like Smash, tick, tick... BOOM! provides an industry insider's look at what it takes to develop a show, from first writing it to its professional premiere. Of course, as it's a two-hour movie instead of a two-season series, tick, tick... BOOM! doesn't have as much time to dive into all the drama and intricacies of the process. But most of the movie leads up to Jon's big workshop presentation — that is, a bare-bones read-and-sing-through of a new show for producers who might want to fund the project, which in this case is Jon's new musical Superbia.

As with Smash and its Marilyn Monroe musical, everything leading up to that performance — the writing, the rewriting, the budget issues, the first rehearsal where the actors don't quite get it yet, the struggle to get the show produced even after the workshop — will make the theatre professionals in the audience half-chuckle because you've been there. There's also plenty of industry name-drops to listen for, such as Hal Prince, one of Broadway's most famous producers. But you don't need to be a theatre Insider to enjoy the story.

Bradley Whitford is a dead ringer for Stephen Sondheim.

It's kind of uncanny. Not that anyone can perfectly imitate the legend, but Whitford does a spot-on recreation of Sondheim's ever-relaxed, pensive look and crooked smile. Coupled with a hair and makeup department that nailed the hair and beard, his Sondheim comes pretty darn close. In fact, it's so convincing that when the real Sondheim's voice comes over an answering machine toward the end of the film, you might not even notice it's not Whitford.

Speaking of which, there are plenty of Sondheim tributes.

This isn't unique to the movie — Larson wrote Sondheim into the musical because he was one of Larson's biggest inspirations who did, indeed, offer the real Larson career advice. As such, tick, tick... BOOM! pays homage to Sondheim's work, namely Sunday in the Park with George. Besides the aforementioned watch party of Bernadette Peters's version, there's an entire musical number, "Sunday," spoofed from Sunday in the Park's Act 1 finale. Larson's "Sunday" takes place during the brunch rush at the diner where he works, and the movie scene contains a feast of Broadway cameos as the demanding patrons — we won't spoil who.

There's also the 11 o'clock number "Why," the instrumentations for which are inspired by "Maria" from West Side Story. The lyrics even reference the show, an early memory of his interest in theatre: "When I was sixteen, Michael and I got parts in West Side at White Plains High..."

The movie pokes some lighthearted fun at Broadway, too.

Jon, who lives and writes and workshops downtown for the duration of the film, doesn't venture to the Theatre District much. It's deadening, anyway, he wryly says, his first dig at the crowded, touristy area Broadway theatres call home. (Remember, too, that this was 1990, when a major restoration of the once-seedy district was just getting off the ground.) But off he goes for his first Superbia rehearsal, and his trek is scored by a rap which could have been pulled straight from a '90s music video. Behind Tariq "Black Thought" Trotter of The Roots, who performs the song, posters for mock Broadway blockbusters line the wall. They include such classic hits as "White People Having Marriage Troubles," "British Mega-Musical," and "Major Shakespeare Play: Does It Really Matter Which One?"

On the flip side, tick, tick... BOOM! gives love to the Off-Broadway scene.

Jon spends a lot of time lamenting that he's not on Broadway yet (Sondheim had done it at 27!), but in the film's climactic moment, Jon breaks into the Delacorte Theater — The Public Theater's property in Central Park — at night, finds a rehearsal piano, and plays like the wind. He realizes in this moment that he must make it as a composer to be happy, which isn't insignificant: He has this realization on an Off-Broadway stage!

In addition, the Off-Broadway company Playwrights Horizons comes up throughout the movie as the only place that would workshop Superbia and jump-start Jon's career. And later, we're taken farther downtown to New York Theatre Workshop, where he first performs the very musical we're watching and later debuts Rent. The importance of Off-Broadway to Larson's life and legacy is clear throughout the movie, and we love to see it!