"Anastasia"'s Musical Teaser is Here — and These 5 (Non-Disney!) Animated Movies Should Hit the Stage Next

New musical "Anastasia"—Hartford Stage darling and anticipated part of Broadway's spring lineup—just dropped their musical video teaser, and it's a nostalgia-soaked journey to the past. 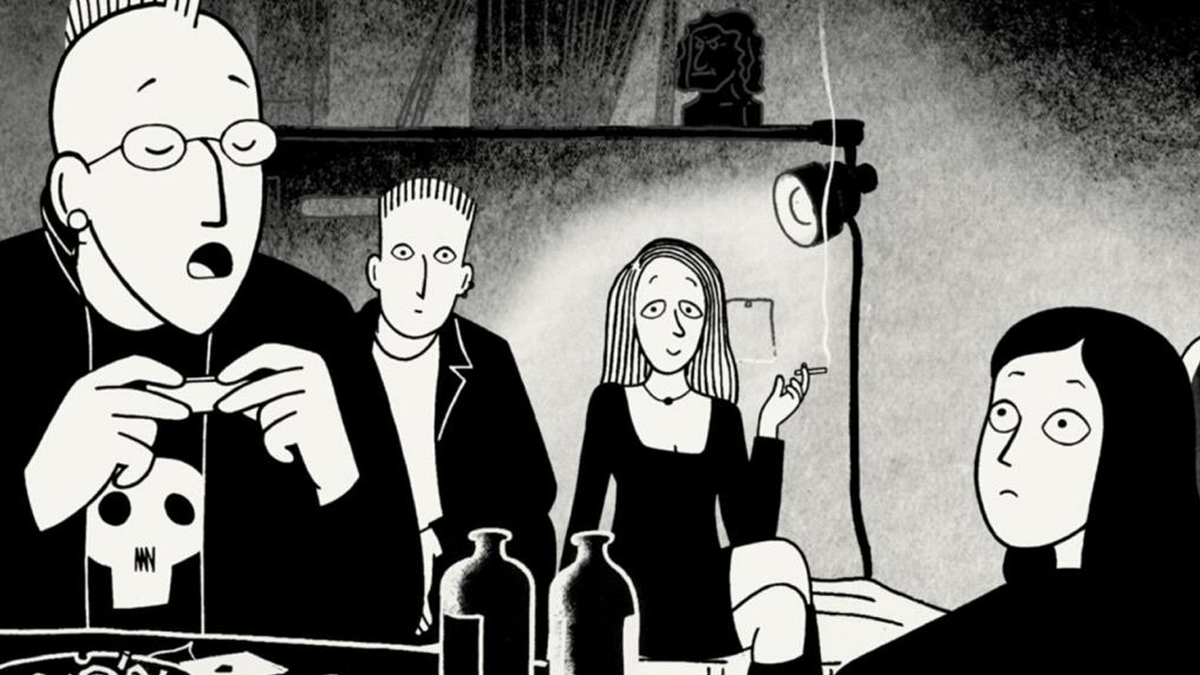 Check out the teaser here:

While they may not have revealed much in the way of plot, my nostalgia senses started tingling all the same. There's that song! There's that music box! THEY EVEN USE THE SAME FONT!

So, in honor of experiencing that brief and glorious rush of unbridled childhood joy once again, let's have a little fun. I gathered up four more animated movies from around the same time (and one more-recent flick) which are equally deserving of stage adaptations.

And rather than just name any classic titles from the Disney canon, I made this list exclusive to non-Walt Disney Animation Studios picks—just like Don Bluth's "Anastasia".

Even as a little kid I knew that I wanted to see this one on The Great White Way someday. The story (essentially an adaptation of the classic ballet "Swan Lake") is pretty timeless, and the costumes always looked to me like they were sketched with the stage in mind. Just listen to "Princesses on Parade" and tell me that wouldn't make a stunning showstopper, filled with glitzy gowns, ensemble cameos, and of course, that earwormy tune.

Everyone's favorite non-Disney buddy comedy details the adventures of Tulio and Miguel, two Spanish conmen with an adventurous streak in search of the legendary golden city of El Dorado. Once in the city, they're promptly mistaken for gods, and the hijinks spin out from there. With Christian Borle and Ramin Karimloo cast as the swindlers, I can totally picture a musical in the vein of "Dirty Rotten Scoundrels": two tricksters stealing the hearts of every audience member in sight.

Although Disney may have produced the English dub of this Japanese classic, make no mistake about it: Spirited Away is entirely the creation of legendary director Hayao Miyazaki. This beloved anime tells a simple story surrounded by vibrant imagery. Ten year-old Chihiro gets separated from her parents on a family outing, and ends up trapped in a magical world filled with bathhouse demons and strange shadowy creatures. If there ever was a project that Julie Taymor was destined to direct, this would be it: larger-than-life costumes and puppetry would be just the thing to bring this story to life.

The pro-conservation message of FernGully was considered topical back in '92, and now over twenty years later, the themes still seem just as fresh and timely. While a fair amount of this family-friendly tale of a fairy protecting her magical rainforest could be pruned (cough), the sweet story sends a great message for fans of all ages. So, maybe skip the '90s-tastic "Batty Rap" that not even a "Hamilton" alum could save, but play up the delightfully creepy sludge villain Hexxus, who literally oozes evil thanks to Tim Curry's slimy performance. Is it a role that could perhaps be reimagined by a spotlight-stealing Daveed Diggs?

Not all animated movies are for kids: so here's one that you'll need a babysitter for. Based on the graphic novel of the same name, this biopic follows the youth of Iranian-born Marjane Satrapi during the Islamic Revolution as she comes of age at a boarding school in France. This one seems best without music, and the stylistic visuals lend themselves easily to an edgy, experimental stage adaptation. I'm picturing image projections, stark lighting, and other extrasensory details. And as for who should play Marjane herself, this raw and vulnerable role seems prime for a total unknown to sink her teeth into.