BroadwayCon 2017: Some of Our Most Memorable Member Encounters

We loved meeting so many Show-Score fans at BroadwayCon2017, and would dedicate this blog post to all of them if we could! We've rounded up some of our particularly memorable encounters with members at our booth... maybe you'll find yourself! 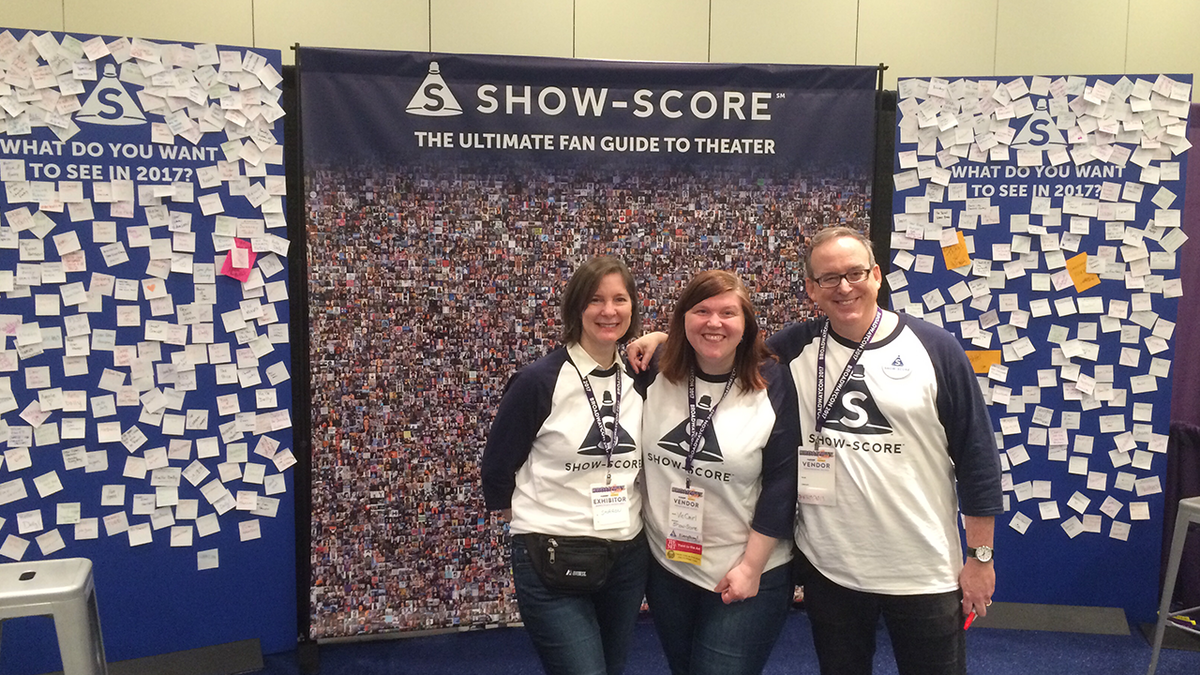 Team Show-Score at the booth!

It's no surprise that theatergoers flocked to BroadwayCon from areas outside of New York City... but just how far some of them traveled might surprise you!

One Show-Score staffer recalls meeting a member from Australia: he did a lot of research before coming to town, and was able to squeeze in seeing "Hamilton," "The Book of Mormon," "Dear Evan Hansen," and more!

Another staff member met a member from the Dominican Republic who was visiting the convention with his boyfriend, an aspiring playwright from Dallas, Texas, and members from D.C. who were visiting for the weekend and seeing tons of shows.

Overall, it was pretty inspiring to meet Show-Score members from all around the world, and to see so many people brought together in one place because they share a passion for theater.

In fact, so many theater fans let their BroadwayCon commitment come through: for example, we met Mardie, who brings hundreds of her own ribbons to hand out to convention-goers. Other members proudly brought along their children, considering the convention to be an early (or late) Christmas present.

We were especially thrilled to see so much passion on display at the convention. We loved meeting Eliyahu Keel, who moderates the Facebook community "All Things Broadway", home to over 23,000 members!

There was also Lauren 6054 who has seen a staggering amount of theater, including "Rent" on Broadway over 100 times, "Hedwig" 32 times, the Deaf West production of "Spring Awakening" 18 times, and "Tuck Everlasting" six times — impressive for a musical that only ran six weeks.

It also amazing to witness our members connecting and interacting with each other. We especially loved this little Post-It "conversation" on our board!

And we just had to give a shoutout to this theater fan: Community Manager Robbie takes a pic with this convention-goer, who bears a striking resemblance to a certain boy wizard! (Perhaps they're in need of an understudy for "Cursed Child"?)

And who could forget the LightCatchers, a diverse group of theater lovers whose passion for the stage stole all our hearts.

Other members had some pretty great things to say about Show-Score. Take a look!

Were you at BroadwayCon 2017? Did you stop by the Show-Score booth? Let us know in the comments below: we loved meeting and greeting each and every one of you!