Make way for the bearded lady. 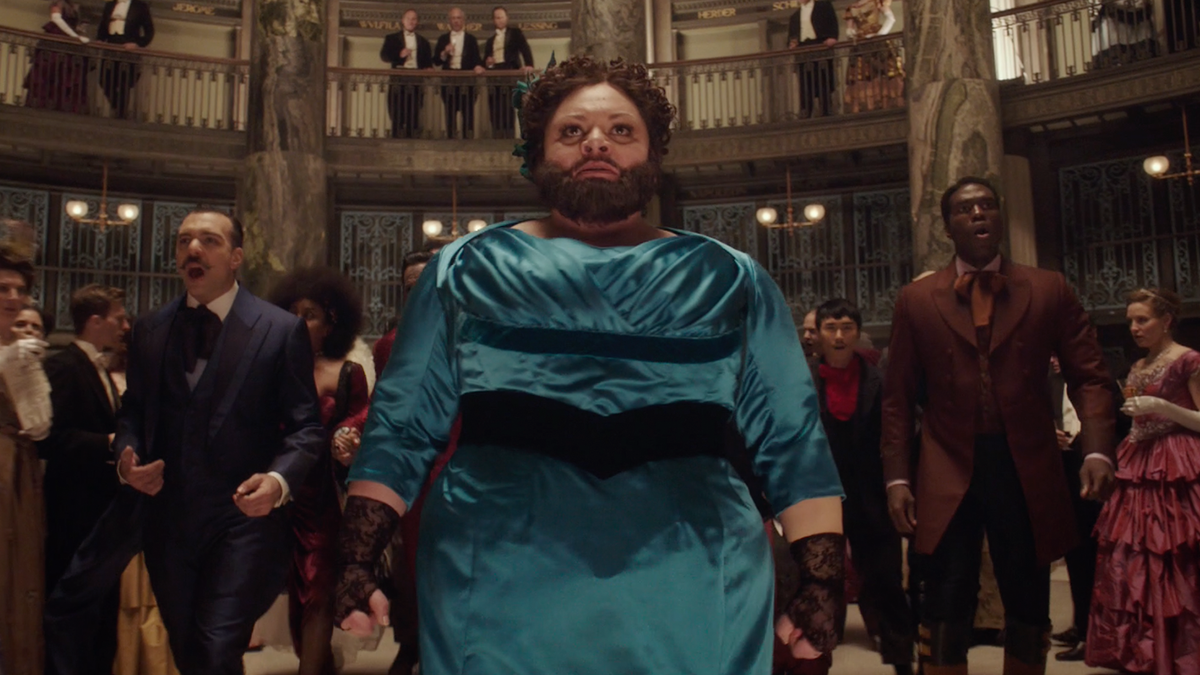 Keala Settle in "The Greatest Showman"

Do you hear the sirens? Do you feel the fever in the air? Do you see the hot flames of glory burning a hole through your computer screen?

That’s because we’re at a Code Five Diva Alert, people. This is NOT A DRILL. Please savor Keala Settle’s bearded woman realness in the trailer for the upcoming movie musical “The Greatest Showman”.

Ladies and gentlemen, this attitude is giving me everything. Let’s break down why:

(1) Based on what we’re seeing here, Settle is playing a bearded lady chosen by P.T. Barnum (who’s played by Hugh Jackman!) to be part of his traveling show. She doesn’t believe in herself, but Barnum believes in her. So he puts her on stage where she can wow the world.

Get ready to feel your feelings, because that means “The Greatest Showman” is at least partially about a lady who discovers her power. Effie asserts herself in “Dreamgirls”; Tracy dances Baltimore down in “Hairspray”; and now Keala’s character is in the center ring.

(2) And yes, I did just use Keala’s first name like I actually know her. That’s another reason this moment is filling me with hope for the future. Because I have seen Keala Settle absolutely own Broadway shows like “Waitress”, “Les Miserables”, and “Hands on a Hardbody”. She is great on stage because she always seems so human and approachable, but she also has this singing voice that can actually melt steel. (It’s been tested. Ask around.) So this movie musical will let the rest of the world understand what Broadway people have known for ages. Namely, that Keala is the bomb.

Plus, the songs in this movie are written by Pasek & Paul, who wrote “Dear Evan Hansen” and the songs for “La La Land,” so you just know her big number will be amazing.

(3) Finally, aren’t you getting a taste of Dolly Levi from the bearded lady’s clothes and attitude? If “The Greatest Showman” is creating that kind of ladyboss for us to love, then you’d better believe I have this year’s Halloween costume picked out already.

Are you as excited about this movie as I am? Sign up to win cool prizes!
And here are my other favorite moments from the trailer: