Do you agree with their scores? 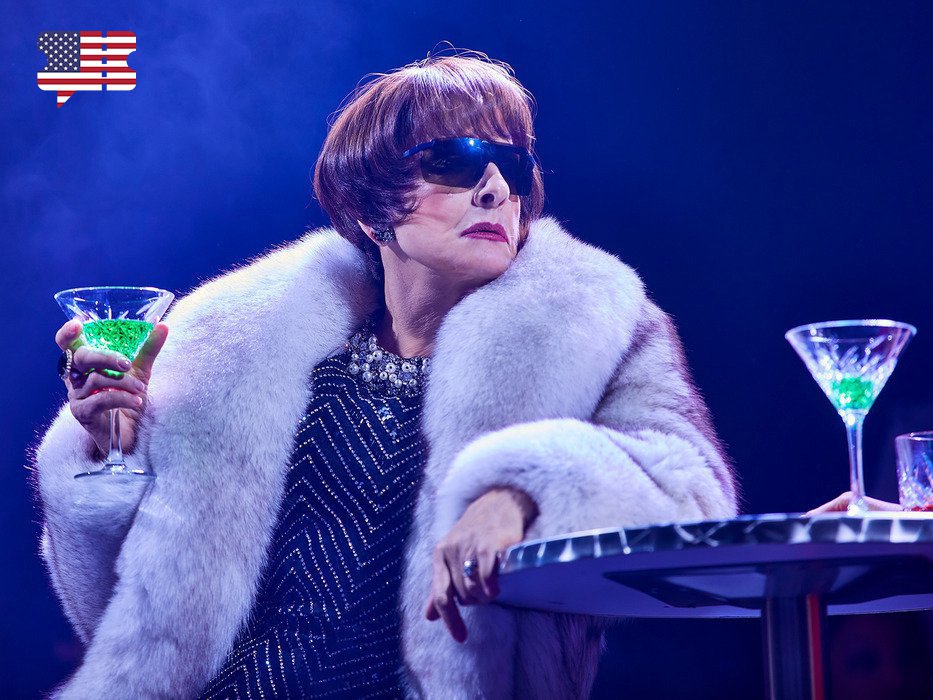 The nominees have been announced, and while we won’t know Broadway’s biggest winners until the Tony Awards on Sunday, June 12th, we DO know how our members have scored this year’s Tony-nominated shows! Where do you think your fav shows stand? Read on to find out!

The five nominees for Best Revival of a Play each kept us on the edge of our seats this season. But who scored the highest…?

In this 1975 classic, junk shop owner Don has just sold a unique buffalo nickel for $90, but worries he could have sold it for much, much more. Desperate to cash in the full value of the rare item, Don and his employee plot to steal the coin back. Lawrence Fishburne, Sam Rockwell, and Darren Criss star in David Mamet's play about greed and deception.

See it if:  You want to experience a master class in acting with three actors on top of their game. The dialogue is sharp, crisp, and edgy. "

4. (TIE) for colored girls who have considered suicide / when the raibow is enuf  (80)

Ntozake Shange’s classic choreopoem returned to Broadway this year. Fearlessly new, and fiercely now, the show features seven Black women sharing their stories and finding strength in each other’s humor and passion through a fusion of poetry, dance, music, and song that explodes off the stage and resonates with all.

The Broadway premiere of Alice Childress's 1955 play follows an experienced Black stage actress through rehearsals of a major Broadway production in a wry and moving look at the racism, identity, and ego of New York theater. Featuring a Tony-nominated performance by Broadway mainstay LaChanze.

See it if: you want to see the B'way debut of a play that SHOULD have ran 60+ years ago, but whose theme remains timely. Excellent performances by all! "

The 1998 Pulitzer Prize winning memory play by Paula Vogel finally premiered on Broadway 20 years after its original premiere. Original cast members Mary-Louise Parker and David Morse reprise their roles to tell the story of a woman grappling with her memories of her experiences with her charismatic, manipulative, abusive uncle.

See it if:  Acutely uncomfortable at first. Then the depth of the characters and mystery of where it is going takes over. Stunning ending. "

- Wish I Could See Them All, Show-Score Member

The return of this 2003 Tony Award winner for Best Play tells the story of a star baseball player publicly coming to terms with his sexuality. Darren Lemming (Jesse Williams) is the star center fielder for the Empires. Against the warning of fellow teammates, he steps out of the closet, revealing a barrage of long-held, unspoken prejudices. Facing some hostile teammates and fraught friendships, Darren is forced to contend with the challenges of being a gay person of color within the confines of a classic American institution.

See it if: A well-written story with across-the-board good acting appeals to you "

The three shows nominated for Best Revival of a Musical, took us back to some of our favorite show stopping memories! Who did our members score the highest?

Transferring from an award-winning run in the West End, Tony Kushner and Jeanine Tesori's musical, Caroline, or Change starred Olivier Award-winner, Sharon D Clarke, and follows the story of an African-American maid in 1963 Louisiana. Set against the backdrop of the civil rights movement, the musical explores how, in times of great transformation, even the simplest acts can shake the earth.

Sondheim's early musical about marriage, love and relationships gets a modern update in this gender-swapped revival! Bobbie’s turning 35 and all her friends keep asking when she will find the right man, settle down, and start a family. As Bobbie searches for answers, she discovers how figuring it all out in 21st-century New York could drive a person crazy. Starring Katrina Lenk, Patti LuPone, and helmed by acclaimed director Marianne Elliott.

See it if: you have been married, are married, or are thinking about getting married. It is the best show of the Broadway season. "

Starring Hugh Jackman and Sutton Foster, this revival of the 1957 Meredith Wilson classic follows a con man named Harold Hill, who arrives in Rock Island, IL to peddle the same musical instrument scam he’s been perpetuating all over the Midwest. However, things become complicated when he falls a little too hard for the local librarian, Marian. Could Harold be found out?

See it if: You want to see an extremely talented cast perform a perfect revival! You can tell just how much they all adore & care for one another. "