Let There Be Light! Discovering a Show Through Lighting Design

How lighting design introduced one theater lover to a whole new way of experiencing plays. 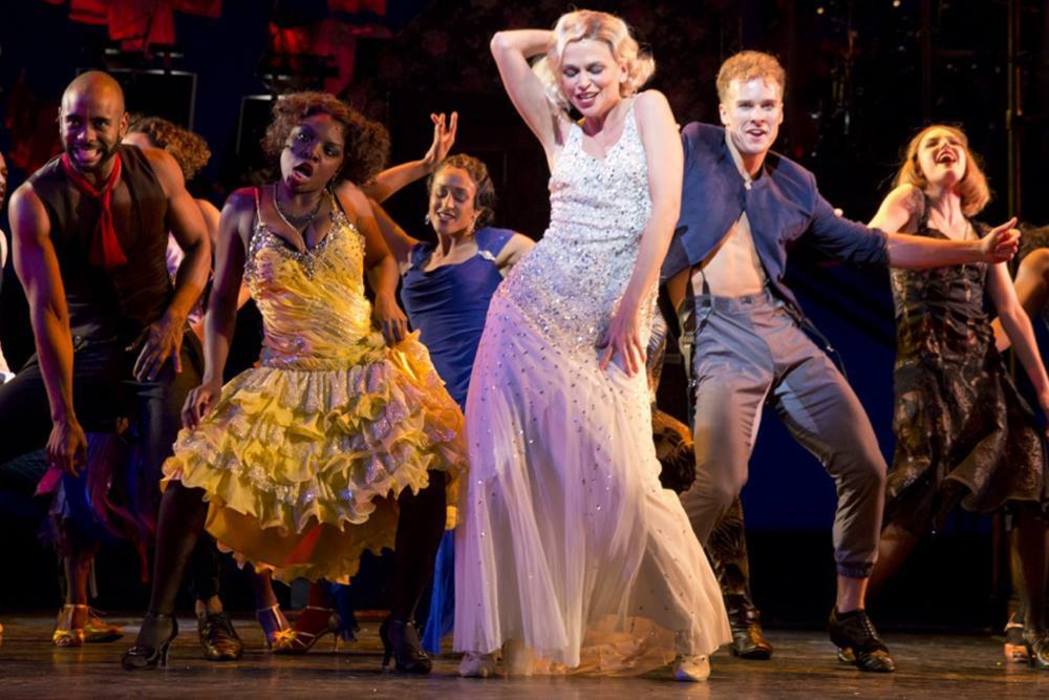 The cast of "The Wild Party" by Andrew Lippa at New York City Center's Encore! Off-Center | By Joan Marcus

Before my senior year of college, all I knew about Andrew Lippa’s musical “The Wild Party” was that it was based on a jazz poem, which was based on a true story, and that two different stage versions had been written in the same year. To very specifically date myself in Broadway fandom, there’s a lyric in the web series “The Battery’s Down” about it. That was the extent of my knowledge until I designed lights for “The Wild Party”. It was the first time I’d ever discovered a show through the act of designing it.

I’d already designed two other college shows. I was an expert at programming the school’s Leprecon light board: an older model that required some manual finesse and TLC. And I was beginning to feel confident in my design skills.

But in both my previous experiences, I’d come into the production with some basic knowledge of the material. My first foray into design had been for “Company”, which I’d seen before. My second design was for “Children of Eden”, which I’d acted in—twice.

“The Wild Party” was different.

First, my relationship to the creative process was completely different. This time, I wasn’t in on the cast jokes. I didn’t know who was hooking up with who, or have reason to care. (Alright, that’s not true—it was college. I did and I did.) A designer might do weeks of planning for a show, but she doesn’t plunge into rehearsals until the end.

And the story itself was so intense. “The Wild Party” takes place over the course of a single night in the 1920s. A couple, Queenie and Burns, are on the rocks and trying to rekindle their romance by throwing a party. But the night takes a turn, ending in betrayal and murder. Not a story for the faint of heart!

So, without the benefit of prior knowledge, or a week of table-work with the director and cast, I had to dive into the play on my own. For me, that started with the music.

For theater people, listening to an original cast recording is a visual as much as an aural experience. You’re imagining what it looks like on stage; you’re thumbing through the lyrics looking for clues to how you might bring it to life. When I listened to “The Wild Party” for the first time, I was visualizing it in practical way. I was thinking about the possibilities that this strange story offered. I had to turn our dinky black box cabaret space into a dinky ‘20s house party. But not just any party. “The Wild Party” is experimental and weird, and I wanted to be the same in my design. I spent a lot of time trolling storage for odd lighting gel colors.

Since I came in cold, I also didn’t really start to analyze the show until after we started performances. Whether I needed to be there or not, I was in the audience every night, hooked by the story and the cast telling it. Where else would I possibly want to be? Watching my friends make different choices every night, listening to different audience responses, my own interpretation of the play flipped back and forth. Is Queenie at fault for the story’s tragic outcome? Did this dysfunctional group get what they deserve? I still don’t know.

I think this was also the first time I worked on a show where I got to sit in the audience, instead of the lighting booth. One night, one of my cues (underscoring a particularly tense moment) made someone next to me gasp. Turns out you don’t have to be on stage to get reactions!

This, I thought, should be what college theater does—challenge us. Forget doing another “Tempest” or “Much Ado About Nothing”. We should tackle one of Shakespeare’s problem plays instead. We’ve all seen “Little Shop of Horrors” and “Rent”. College should let you fall in love with that small, misunderstood musical you might not see anywhere else.

Am I a hypocrite? Yep, I directed “Into The Woods” the next year. Sometimes lessons take a while to learn. At the time, “The Wild Party” seemed like one of the smaller entries in my theater experience, but it’s become one of the most important. I saw what an out-of-the-blue musical could be—and I saw what it could make me be as an artist. Not a bad way to discover a show!

Have you ever seen a show that you absolutely nothing about beforehand? Have you ever been struck by the lighting design of a show? Share your stories in the comments!