Since Show-Score joined the Lights of Broadway Community, we have met some amazing collectors, many of whom are our members! Meet loliveve43, a fan of the theater and "light catching". 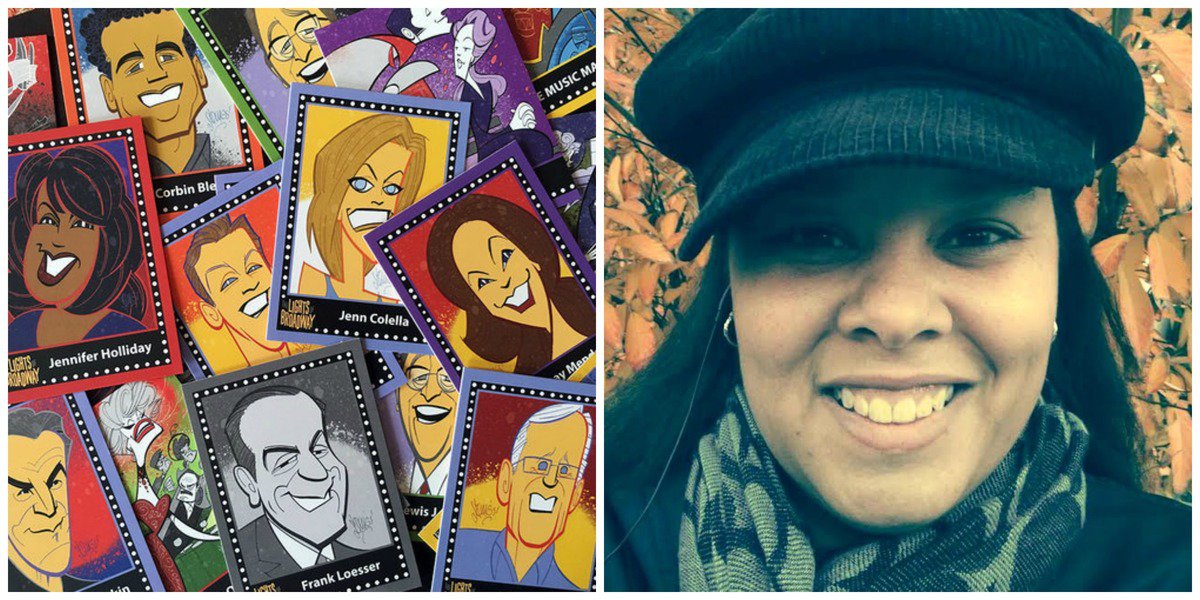 Lights of Broadway Cards and one of their most prolific collectors, loliveve43!

Still reeling from the first act climax? Have that 11 o'clock number stuck in your head?  That's because theater cannot be contained by the stage. It's bigger than that. That's why Show-Score partnered with The Lights of Broadway team to bring you Show-Score's very own trading card, a great way to celebrate our members and the theater moments that make us who we are.

We have been blown away by the demand for our card, free with any purchase of Lights of Broadway cards, as well as the outpouring of love this amazing community has shown us.

We're excited to introduce you to some of the friends we've made along the way, like Show-Score member loliveve43. She is an avid collector and theater fan, who answered some of our questions below!

Show-Score: How would you describe your theater interests?

loliveve43: Theater is my escape! While I am drawn more toward musicals, I also enjoy plays.

Show-Score: When did you first start buying Lights of Broadway cards?  How many do you have now?

loliveve43:  I first got cards when a kind soul purchased 2 packs for me at the Broadway Flea Market in September 2015.  I then (im)patiently waited for my trip to NYC in November 2015 to buy my first cards in person.  I now have 725 cards in my personal collection, which includes 463 cards that have been released and 262 duplicate cards that I have gotten signed by people featured on the cards-- including performers and creative team members-- and cast members on show cards.

loliveve43:  I like collecting them for many reasons.  First, I loved the artwork that I saw, which is what made me find someone willing to get cards for me at the flea market in 2015!  I also love the little tidbits of information and trivia on the back of the cards.  It has been really cool to be able to give actors their cards either by mailing them or showing them the cards for the first time at a stage door.  But I think one of the coolest things that has come out of collecting the cards is the community it has brought together, and the friendships I've made.

Show-Score: Do you collect other things in your life? What?

loliveve43: As a kid, I started collecting pressed pennies at Disneyland and I still occasionally add to that collection when I visit a Disney park. Now my "collections" are more limited to Playbills for shows I see; books and scripts to read; and some fun Broadway things for shows I love, such as props from "She Loves Me","Newsies", and "Wicked".

What do you collect? Let us know in the comments below! Or start your own collection with some of our memorabilia available in our store!