Learn everything you need to know about Matilda at Show-Score, from cast to plot, to what made the show unique and successful. 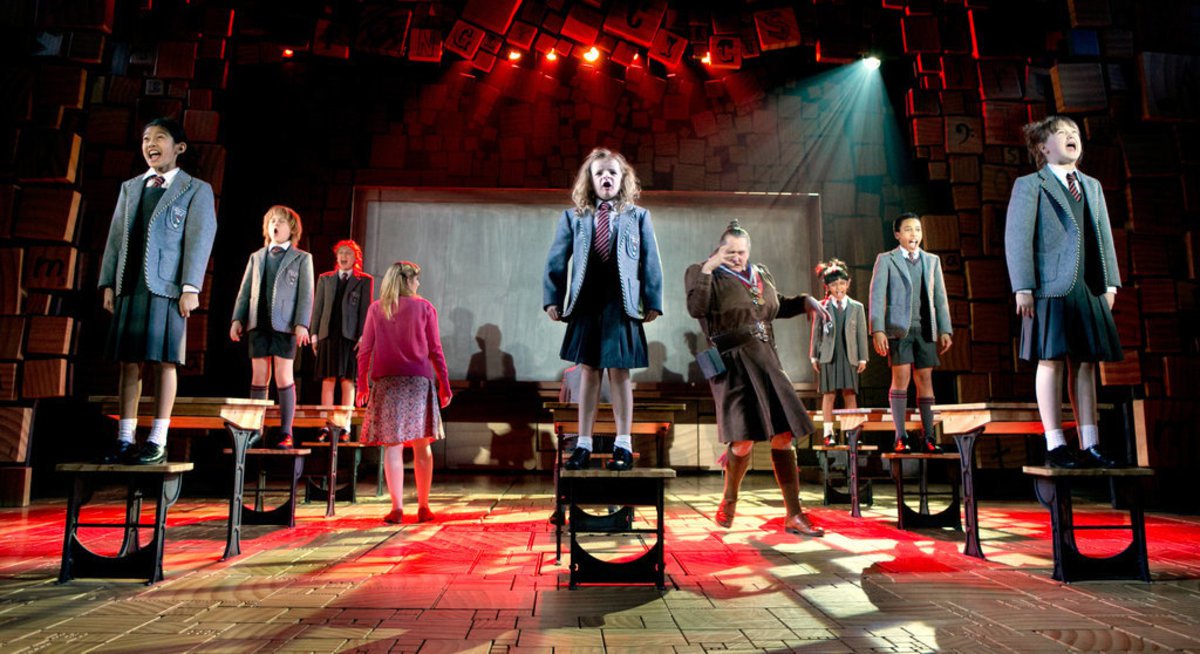 "Matilda" on Broadway opened on April 11, 2013 at the Shubert Theatre in New York City. The musical was based on Ronald Dahl’s 1980 classic children’s book, "Matilda".

The story revolves around a young girl who is way too smart for her age. At only five, Matilda has a mind of a genius, but unfortunately with that gift proves many unwanted setbacks. No one understands the way her mind works or how truly gifted she is - not even her parents. Her father sells cars for a living and doesn’t think much of his daughter’s love of the literary world, and Matilda’s mother is no better. A so-so ballroom dancer who is more obsessed with frivolous things, like her appearance, than anything substantial like a brain (even if it’s her daughter’s). Here is where the conflict in "Matilda" the musical heats up.

Not knowing what to do with their exceptional child, Matilda’s parents place her in a school to have them deal with her instead. Enter Crunchem Hall, where Matilda has even more unsettling things to contend with, such as a mean headmistress named Miss Trunchbull who will stop at nothing to  ruin Matilda.

But, like any good musical heroine, Matiilda refuses to give into Miss Trunchbull’s evil ways and seeks out a more meaningful and happier life (with the help of her good teacher, Miss Honey) where she can use her genius and not be ridiculed for it.

But, the bewitching storyline isn’t the only thing captivating about "Matilda" on Broadway. The brilliant set design also makes for an enchanting experience. Between its vibrant colors and impressive light display, the stage is absolutely mesmerizing to the eye. And with a stage this whimsical, the show reels in the younger audience with ease without dismissing the adults either. Thanks to its dark drama - sometimes woven in with hidden humor - and its powerful storyline anyone can appreciate a story like "Matilda" on Broadway (or off).

The show’s powerful and catchy songs like “When I Grow Up” also help add to the overall success, allowing the audience to get lost in a tale that’s unfolding right in front of them in a fun song and dance that is beautifully choreographed. "Matilda" is a musical anyone can enjoy!

Seen "Matilda" the musical? How about on Broadway? Let us know in the comments below!