Member Spotlight: How Jason Gave His Theater Students The Best Gift Ever: A Video Message from Leslie Odom, Jr.

Theater teacher Jason traveled from Texas to the Tony Awards, and he sent his students a treasured video to prove it! 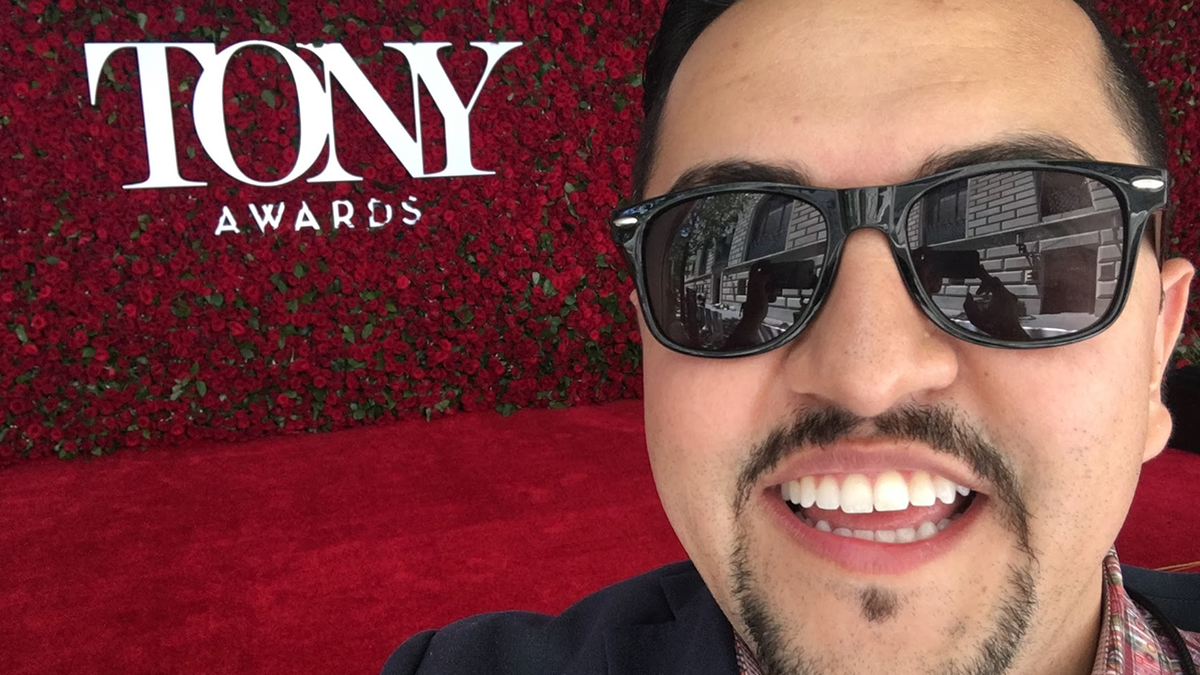 Jason at the Tonys! | By Jason Crespin

It's June, 2016. Show-Score member Jason is front-row-center at The Beacon Theatre. Beside him, in full regalia, sits Aaron Burr, himself: Leslie Odom, Jr. Leslie cheeses, waving into Jason's smartphone. "Academy Kids!" he says, pointing to Jason. "I'm here with your director!"

How did an academy director from Texas end up recording with Leslie Odom, Jr. in New York City? It all started, fittingly, with another video.

Jason, Academy Director at Texas’ Amarillo Little Theatre, is what you might call a theater super-fan. In 2015, he won NewYork.com’s “Ultimate Broadway Fan” contest to win tickets to “On the Town” and the Tonys rehearsal. His catchy 30-second video, a “Seasons of Love” rewrite (“It’s one thousand, seven hundred and eight-point-three exact miles, from Amarillo, Texas to N-Y-C...”) mentioning the Tonys are on his birthday won him top votes—and the tickets!

During that whirlwind trip, Jason ended up meeting his “fairy godmother,” a Broadway producer named Paula who hooked him up with tickets the 2015 Tonys! ...But that’s a story for another member spotlight.

So, how did Jason end up at this year’s rehearsal? Hoping for the best, he asked NewYork.com if he could attend and cover the 2016 Tony Awards for them. His bold pitch paid off: Jason covered the nominations and awards—and made every second count.

Using “gumshoe senses,” he arrived early at the rehearsal. He joined the nominees waiting in the audience, striking up conversations (and snapping selfies) with a who’s who of theater’s A-list. And when rehearsal began, someone asked him to sit front-row-center for camera practice… two seats away from Leslie Odom, Jr.

They chatted all morning: Jason shared he was an academy director, and that his kids adore Leslie. Moments before rushing backstage to rehearse “Hamilton”’s performance number, Leslie had an idea. “He said, ‘We should do a video for them!’” Jason excitedly recalls.

“Sure enough, after his performance, in full costume and about to leave the rehearsal, he says, ‘Let’s make your video real quick.’”

Jason’s kids were ecstatic. “Their academy director was in New York, with someone they’d been listening to for months, on the morning of the Tonys!”

Moreover, it was inspiring. “It gave them a sense of confidence—just because we’re from Amarillo, Texas doesn’t mean we can’t go out and accomplish something,” he states. “It’s evidence Broadway isn’t so far from their reality.”

Jason teaches his students to pursue their dreams. “Why not try and say ‘I’d love to come to New York and cover to the Tony Awards?’... The worst someone can say is ‘No.’” He proved that life is all about taking your shot—from one thousand, seven hundred and eight-point-three miles away.

Editor’s Note: Jason came and visited us at Show-Score HQ when he was last here in NYC. Here’s a picture of him with the Show-Score team.