Member Spotlight: How Patrick Gets to Interview Broadway Stars Like Lin-Manuel Miranda!

Ever wonder what it's like to start your own theater podcast? Meet Show-Score member Patrick 6085, who did just that! Read on to find out what his journey was like, and even pick up a few tips. 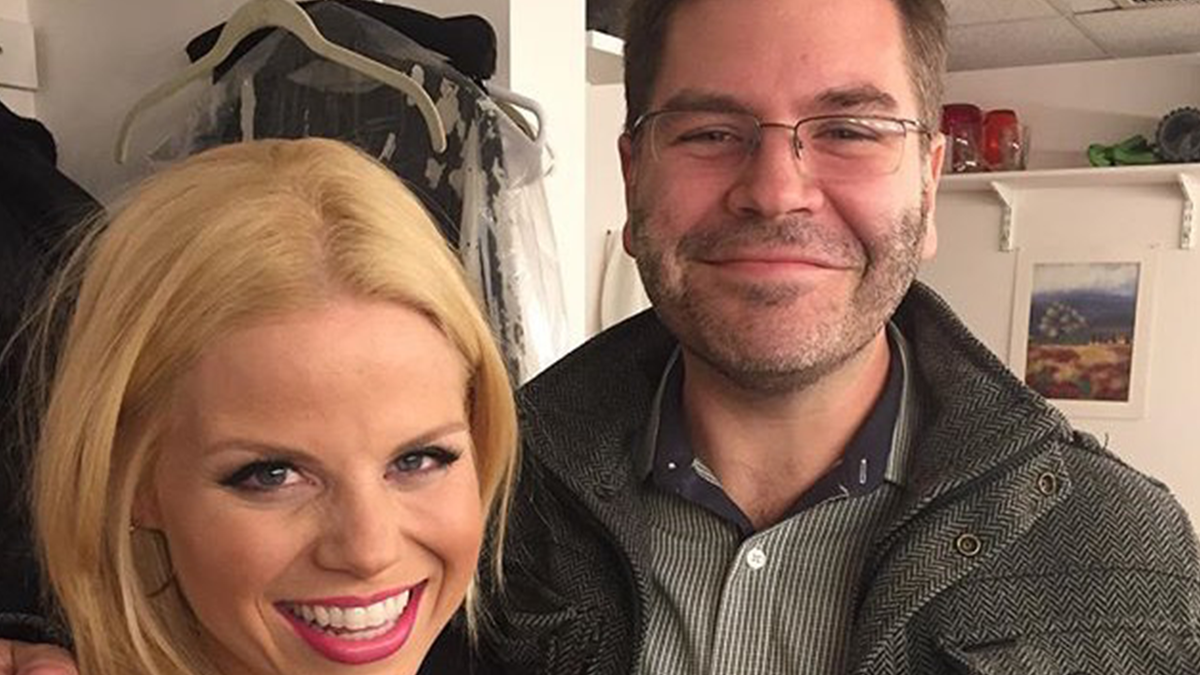 Patrick and a podcast guest | By Patrick Hinds

When Patrick Hinds was in 8th grade, he got a front row seat to the touring production of the rock musical, "The Who's Tommy". According to Patrick, that show was "a revelation" and ended up sparking his love for theater. He joined his school's drama club, took classes at Boston Conservatory, and made friends in the theater program at Emerson College. Although he ultimately decided that a career onstage wasn't for him, his passion for theater never wavered.

In addition to being a lifelong theater fan, "I've always been a person who loves nonfiction," Patrick explains, including books and documentary films. That love extended to podcasts, which he started listening to during his commute to and from work. Several years ago, he discovered a now-defunct podcast called Downstage Center that featured interviews with theater artists by a theater professional. There were a lot of Broadway-related podcasts popping up, but none featured a fan sitting down in a one-on-one conversation with an artist. That gap inspired Patrick to stop by his local B&H Photo Video store, purchase some audio equipment, and start his own podcast, Theater People.

Patrick behind the scenes with his daughter Daisy

To secure his first few interviewees, Patrick asked friends from his theater days at Emerson College to recruit podcast guests. A friend who was in the ensemble of Kinky Boots introduced him to cast mates and friends, which is how he scored Tony award winners Cady Huffman (The Producers), Annaleigh Ashford (Kinky Boots), and Daisy Eagan (The Secret Garden) for early interviews. This created instant momentum and convinced more people like Michael Urie (Ugly Betty) and Lin Manuel-Miranda (Hamilton) to come on as well.

When asked if he was nervous when he first started, Patrick replies, "Not really.  I figured that if people like the podcast, great! But if not, we'll do it for ourselves until we don't like it anymore." His hard work paid off, with listeners responding positively and Theater People growing into a popular podcast featuring long-form interviews with Broadway stars such as Danny Burstein (Fiddler on the Roof), Laura Benanti (She Loves Me), and Anthony Rapp (RENT). It's even been listed as one of Buzzfeed's Top 22 Best Pop Culture Podcasts.

Patrick and a guest

Now Patrick is producing two podcasts in addition to Theater People and busier than ever. His daily routine is "pretty crazy, now that I'm producing three separate podcasts." Most mornings, he wakes up at six in the morning to get his daughter, Daisy, off to school. During the day, he's booking podcast guests, recording interviews, and writing for his blog. In the evenings, he attends three shows a week in order to familiarize himself with the work of upcoming guests. All the work hasn't changed how he much he enjoys shows; at the end of the day, Patrick still considers himself an extremely lucky fan.