New Trends in Casting at the Theater

Coin-tossing?  Lot-drawing?  Role-switching?  Turn-taking?  On both sides of the Atlantic this season, conventional casting practices are being challenged by daring directors and actors.  The results? Powerful performances fueled by a sense of danger. 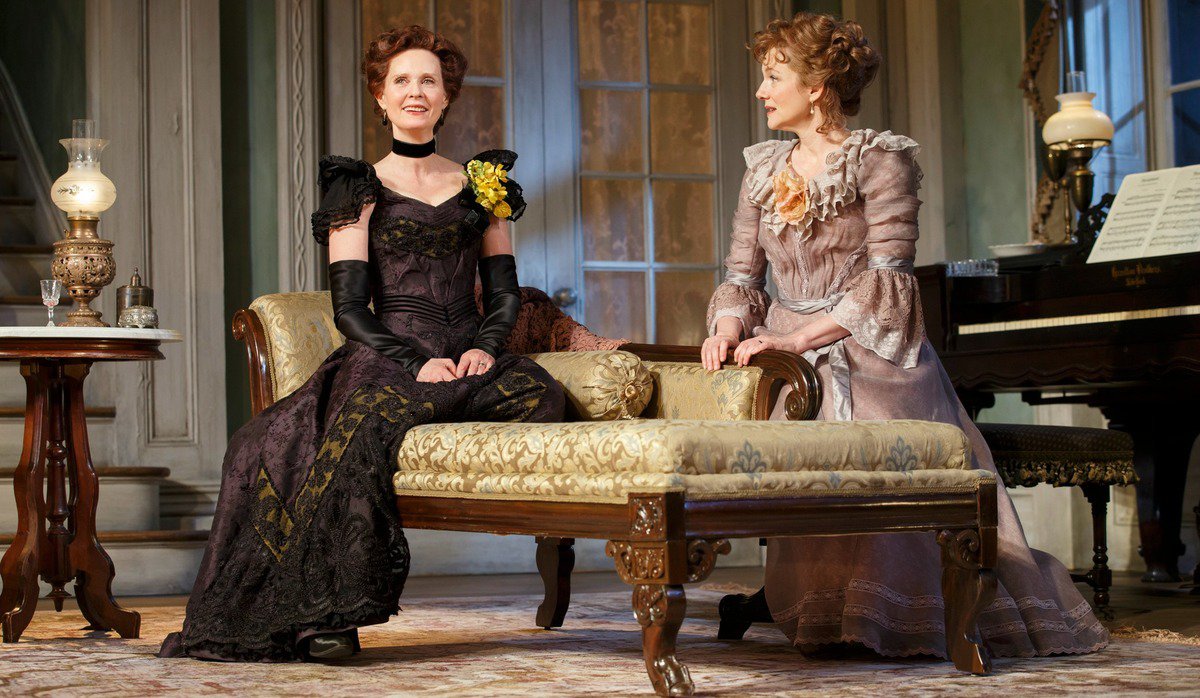 It was Linney’s idea, according to an interview the actresses gave with American Theatre.  And while director Dan Sullivan agreed to it, he confessed that he’s never done anything like it before.  Both Nixon and Linney laughed at the costume fittings for both characters.  “You put the things on and you just feel it,” Nixon told the interviewer about the sharp difference between the two roles.  Linney describes getting into character like “reading two books at the same time.  We’re sort of in repertory with ourselves.”

Regina, the formidable matriarch of an Alabama business dynasty, and her alcoholic sister-in-law Birdie, are splendid roles, so it’s a rich opportunity for these two powerhouse actresses. The schedule of roles is announced in advance. According to Nixon, who played the vulnerable Birdie on the night I attended: “Regina is a like a marathon, and Birdie is like a fine embroidery.”  That same night, Linney played the imperious Regina with deadly resolve behind that steely smile.

These adventuresome actresses, glowing with the challenge, join the ranks of other luminaries who’ve played these roles (Tallulah Bankhead, Anne Bancroft, Elizabeth Taylor as Regina; Margaret Leighton and Maureen Stapleton as Birdie.)  But in their case, they’re making theater history and getting double credit.

Coin-tossing (if you can believe it)

The drama began every night at London’s Almeida Theatre this January, before the show even started.  Two stars – Juliet Stevenson and Lia Williams - made their entrances in Robert Icke’s adaptation of "Mary Stuart", not knowing what leading roles they were going to play.  A coin toss on stage before the entire audience determined who would play Queen Elizabeth I and who would play Mary Stuart, her cousin and her prisoner.

“Press night was the most tense moment on the stage I’ve ever known,” Stevenson told the Evening Standard.  “In a split second, our lives completely changed,” Williams echoed. Both said it made historical sense.   Elizabeth was brought up as a prisoner, while Mary was raised as a young queen in the luxurious French court.  When the play starts, however, their roles are completely reversed.  “Hence, the coin toss,” said Stevenson.

As the theater gods would have it, Williams played Elizabeth 30 times during the two month run, while Stevenson played her 25 times.  Critically, both were winners.  Meanwhile, for the audience, that initial moment was as electrifying as any I’ve experienced in the theater. “I didn’t want my heart to be in my mouth when that coin was spinning,” Stevenson said.  Believe me, ours were…

It's not on stage bingo, it's the cast of "Everybody". ﻿Photo by Monique Carboni.

They line up on stage and, before a disbelieving audience, draw lots to determine what roles they’ll play.  That’s how it went every night in "Everybody", Brendan Jacobs-Jenkins audacious adaptation of the medieval play "Everyman" at Signature Theatre Center.  A character (appropriately) called “God,” played by Jocelyn Bioh, holds all the cards.  Depending on their draw, five actors - Brooke Bloom, Michael Braun, Louis Cancelmi, David Patrick Kelly and Lakisha Michelle May  - will play iconic roles like “Friendship/Strength, “Kinship/Mind”, “Cousinship/Beauty, “Stuff/Senses. – and, of course, “Everybody.”

“It was Branden’s idea, and an ambitious, exciting one,” says Beth Whitaker, Signature’s associate artistic director. “Of course that’s easy for me to say – I didn’t have to learn all those lines.”  (Three other actors Marylouise Burke, Lilyana Cornell, and Chris Perfetti – played Death, Time, and Love respectively). “It was an unconventional process, and fascinating to work on.  Lila Neugebauer had to tech the show five times!”

As luck would have it, Louis Cancelmi ended up playing the title role the most (17 times).  But that didn’t matter to the other four, who all got turns.  “It gave the show a different kind of energy, “Whitaker adds.  As the playwright said: “Everybody should play ‘Everybody’.”

﻿Madison Ferris, who plays Laura in "The Glass Menagerie". Photo by Christopher Anderson.

One by one, directors are giving opportunity to the disabled actor on Broadway.  Last season, in Deaf Theatre West’s amazing production of "Spring Awakening", numerous roles went to deaf actors (whose songs were performed by hearing actors), and one actress performed in a wheelchair.  This season, in his minimalistic production of Tennessee Williams’s "The Glass Menagerie", director Sam Gold has followed suit.  In the role of Laura Wingfield, he’s cast Madison Ferris, an actress with muscular dystrophy who spends most of the play in a wheelchair.  Admirably, this actress imbues Laura with a stoical strength greater than any other actress I’ve seen in the role, and a quiet conviction that she knows who she is.

In neither of these productions do the actors ask for special treatment or unsolicited empathy – only the precious opportunity to perform.  As such, this should not be cited as a trend, but rather an enrichment to our stages and a testimony to the humanism that the theater celebrates.

What casting trends have you noticed at the theater? Do you think these add to the performances, or are they just a distraction? Let us know in the comments below!