For some shows, opening night is also closing night. Here are some of the most memorable forgettable shows!

Every performance costs money. For example, it costs "Wicked $800,000 a week to run. As long as "Wicked" earns more than that each week, from ticket and merchandise sales, the producers make money and everyone is happy.

But sometimes a producer is preparing a show and they know is in trouble. The story isn't resonating, morale is low, buzz is bad (or worse: non-existent). Their only chance is to hold an opening night, and hope for a good reviews the next morning. If the reviews are negative, it makes financial sense to cut all losses and shut the production down. Thus, after one night, the show is never mounted again.

You may be surprised how many big-name composers and stars found themselves in just such productions. Here are some of the most interesting. 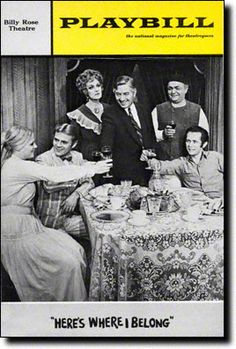 This show assembled a great deal of talent: The libretto is co-written by Terrence McNally ("Ragtime"), music by Robert Waldman ("The Robber Bridegroom") and lyrics by Alfred Uhry ("Parade"). It was directed by Michael Khan, who went on to direct successful revivals like "Showboat", and was based on John Steinbeck's East of Eden.

The show was troubled from the start. Opening night was pushed back two weeks while the book was rewritten -- which caused McNally to remove his name from the credits. The New York Times called the musical "clumsy" and "leaden-footed," and the efforts to lighten the "too serious" story "merely painful." 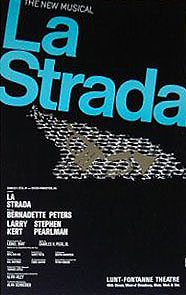 Based on the film of the same name (a bleak romantic tragedy set at a circus, of all places), "La Strada" featured the first leading role for Bernadette Peters and the first Broadway choreography by Alvin Ailey. It also featured music and lyrics by Lionel Bart, who had created the Tony-winning "Oliver!" eight years earlier.

Bart's struggles with addiction prevented him from coming to the US for rehearsals, so when problems arose, Elliot Lawrence ("How to Succeed in Business Without Really Trying") was enlisted to rewrite much of the score. Ailey had never choreographed a musical before -- and never would again (though he did work on operas). Critics thought the story was too depressing, and the New York Times said "the book is weak, and the music and lyrics are undistinguished to the point of Muzak-like oblivion." 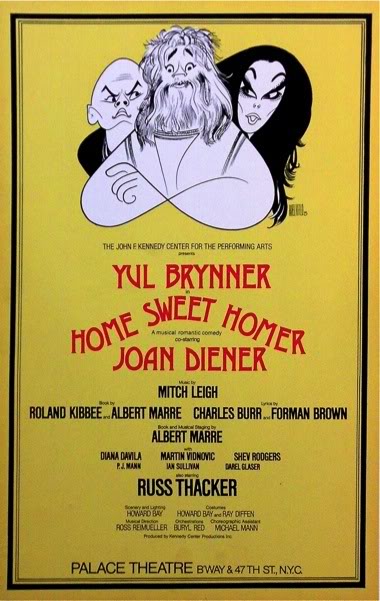 A musical version of Homer's Odyssey, this musical had its own ill-fated voyage during a year-long tour across the country. It starred Yul Brynner, whose big success in "The King and I" was almost 25 years behind him, and Joan Diener, who had co-starred in "Man of La Mancha" more than a decade earlier. Her husband, Albert Marre directed "Man" and Mitch Leigh wrote the music for it, and they reunited for "Homer."

During the tour, the original book writer, Erich Segal, left the production and asked his name be removed. Marre rewrote much of the book and lyrics -- and then fired the choreographer and took over his duties as well. Brynner and Diener missed performances due to illness throughout the tour. Eventually, they both, along with their spouses, sued Trader Vic's in New York for giving them food poisoning. The show limped onto Broadway and held one performance, a Sunday matinee. The producers didn't even wait for reviews; they announced the show's closure right after the curtain came down. 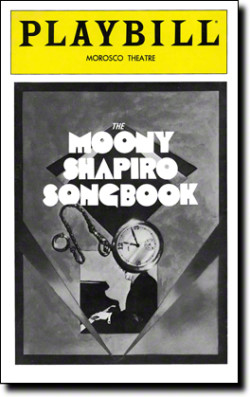 To be fair, this show ran for 208 performances in London. Its American version, however, wouldn't even hit double digits. It's a sort of Forrest Gump story about a British songwriter who lives through both World Wars, works in Hollywood and on Broadway, and eventually writes for rock stars, allowing the performers to spoof music from many eras and genres. It starred Jeff Goldblum, Judy Kaye (who would win a Tony for "Phantom of the Opera"), and Gary Beach (who would originate the role of Lumière in "Beauty and the Beast").

"Songbook" had a cast of just five performers who played multiple characters, one of which confusingly used the actor's real name. Despite its accolades in London, the New York Times called the American production "sloppy" and "amateurish." The review went on to say it was "a toothless and unfocused, if affectionate, brand of satire" that "aim[s] too widely at many targets and hit[s] very few." Despite lukewarm reviews and only a single performance, the show was actually nominated for a Tony, for Best Book. It did not win.