Postcards From The Fringe: Part 2

Suzanne Zuckerman shares more of the sights, sounds, art, and people of the Edinburgh Festival Fringe. 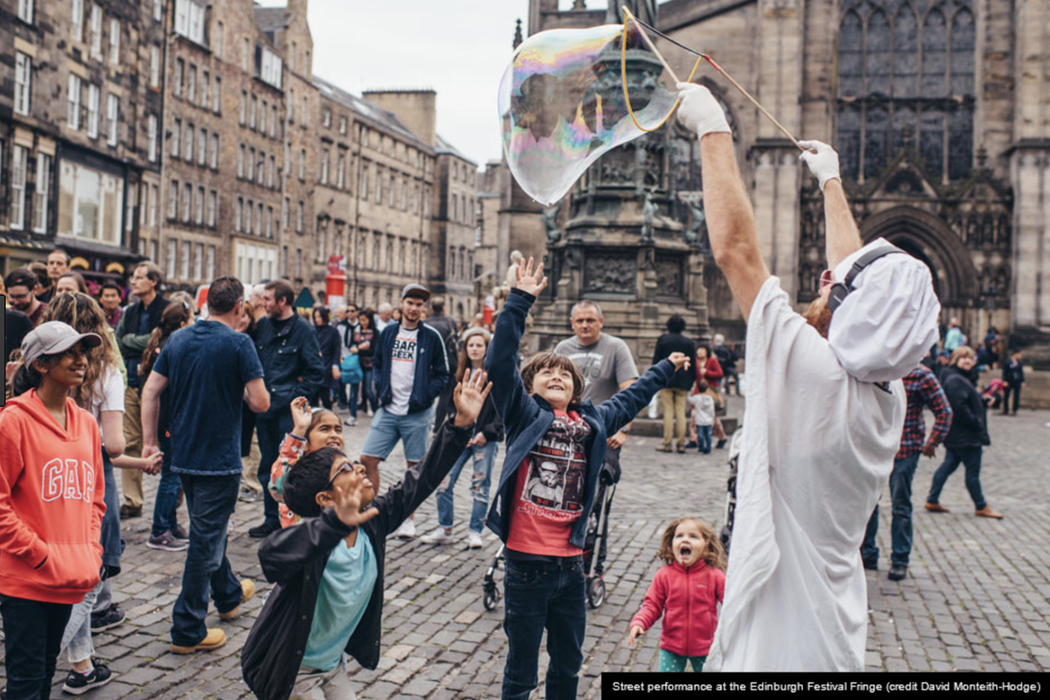 Edinburgh's brilliant morning sun wakes me and I open my eyes to a technicolor blue sky. But I’m not fooled. This may be my first day at the Fringe, but I absolutely know two things. It's going to rain and I’m going to get lost.

So, I carry my umbrella and map with me at all times. It turns out, in addition to their obvious uses, they are my best introduction to the world of the Edinburgh Fringe.

Even with a map, navigating Edinburgh can be tricky. Unlike most cities it has a deep gorge running through its center—so a street that seems to intersect another on paper may be beneath it in reality. To further complicate matters, many of the street names are based on Scots, a nearly defunct language that defies English phonetics. When I ask for directions to an address without the map, my poor pronunciation tends to produce blank stares.

But being lost is my excuse to enter the shops of kilt makers or shortbread bakers. With a (hopefully) winning smile I waylay the nearest unoccupied salesperson. "Please, help me!" Studying my map produces directions and stories. I’m told about adventures in Manhattan or cousins in Brooklyn while being offered samples of Scottish Tablet, a caramel-like sweet somewhat harder than fudge. In other words—free one-to-one Fringe shows complete with refreshments!

And don’t forget my trusty “brolly” for the inevitable rain. Few Fringe shows have assigned seats, so audiences stand in an outdoor queue in order of arrival before being allowed into an auditorium. Sharing my umbrella with a wet neighbor opened a conversation that brought recommendations for the breathtakingly dramatic South African adaption of Strindberg's "Miss Julie" (called "Meis Julie"), and the daily madness of Madame Señorita's performances on the upper level of Bob's Blundabus. I would have missed both without the impromptu company of a fellow theater lover in the rain. 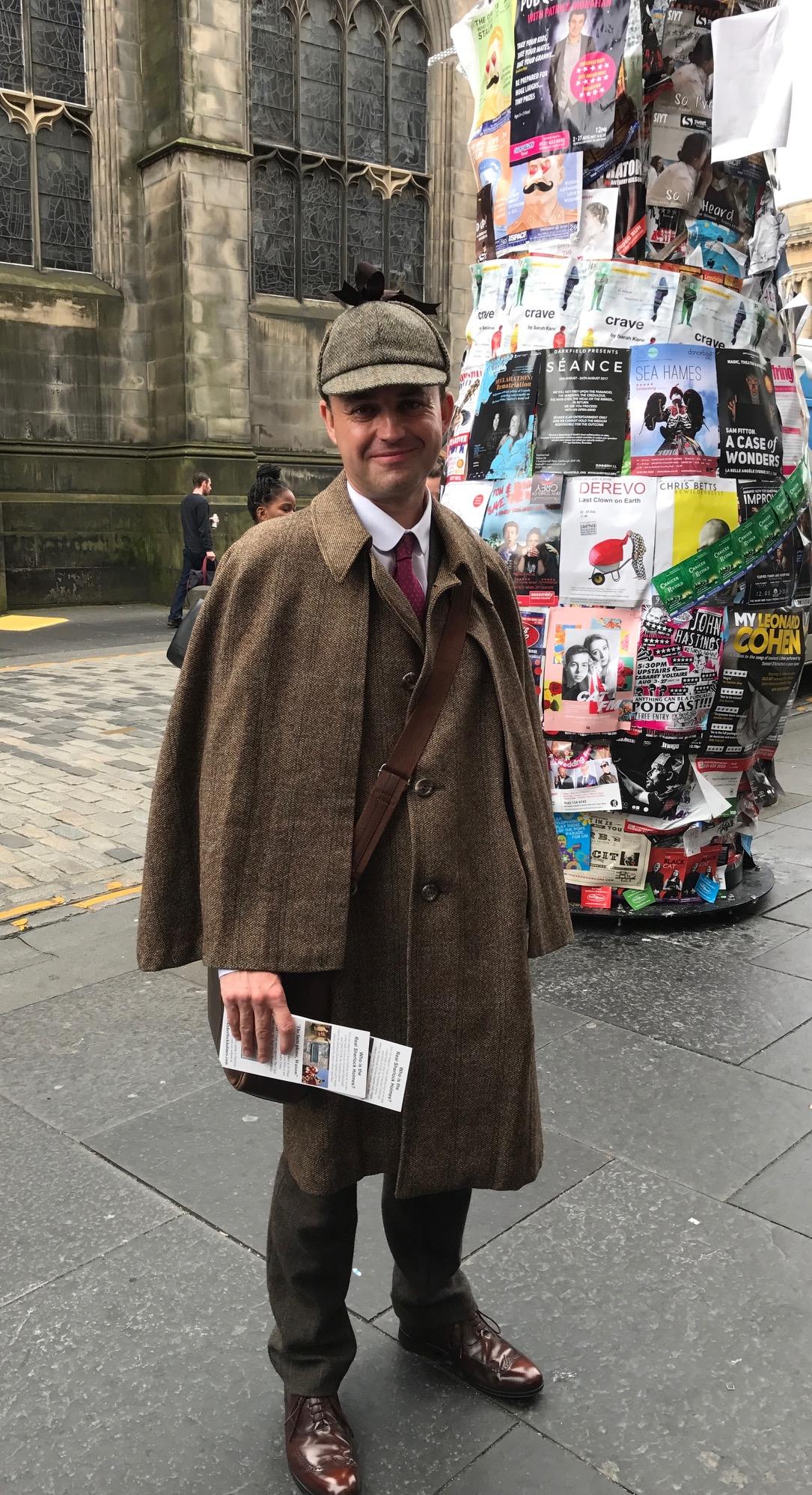 But most importantly Edinburgh Fringe is about people.

I met locals who’ve been attending Fringe shows since they were children (when the tickets were under a pound as opposed to this year's five to fifteen). One night I was adopted by a group of office workers who’d driven from Glasgow for an evening of wine and mini-performances at the National Museum. Between acts they shared stories of favorite Fringe experiences with siblings, parents and grandparents.

Not all residents view the Fringe so positively—but those make for good stories as well. The owner of my (full) hostel brags that he has never attended a show and grouses about August traffic jams. At "Cirkopolis" (where the classic film “Metropolis” is transformed into a wild circus-dance-theater event) two sisters explain that those who dislike the crowds often leave town for a few weeks—and pay for their retreat by renting their homes to festival attendees. 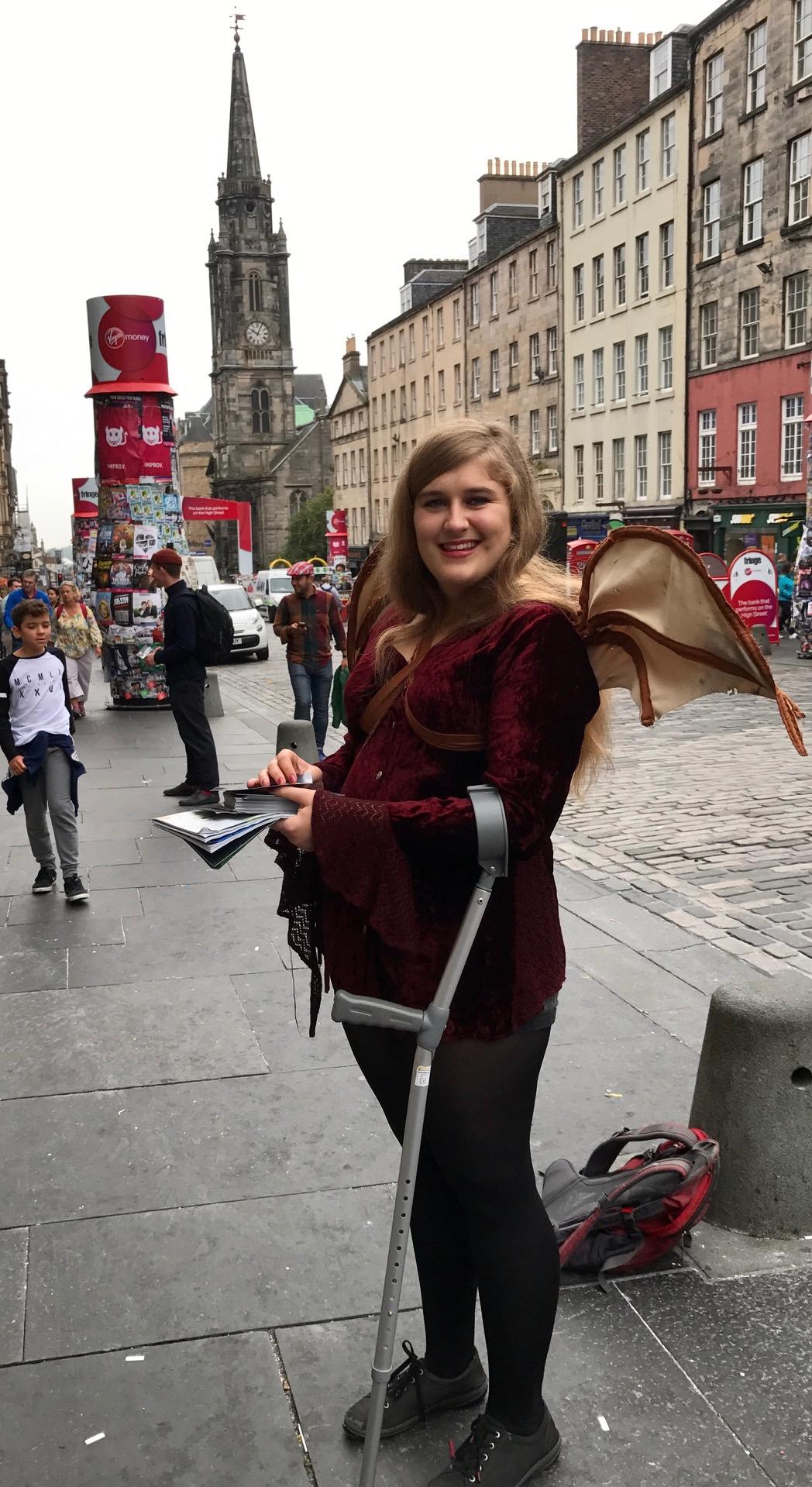 International visitors divide into performers and vacationers. I discovered the English cast of "Plan 9 from Outer Space" having late night snacks in the hostel kitchen. They are here with their show for just the one week that their day-job schedules allow. At "Blazing Fiddles", a concert of traditional Scottish music, I sat next to an Italian book editor who has been renting the same $25 a night attic for 17 years. She recommends searching for a room at least eight months in advance.

And, of course, I met plenty of first timers like—clutching their umbrellas and maps—and dreaming of becoming annual visitors. 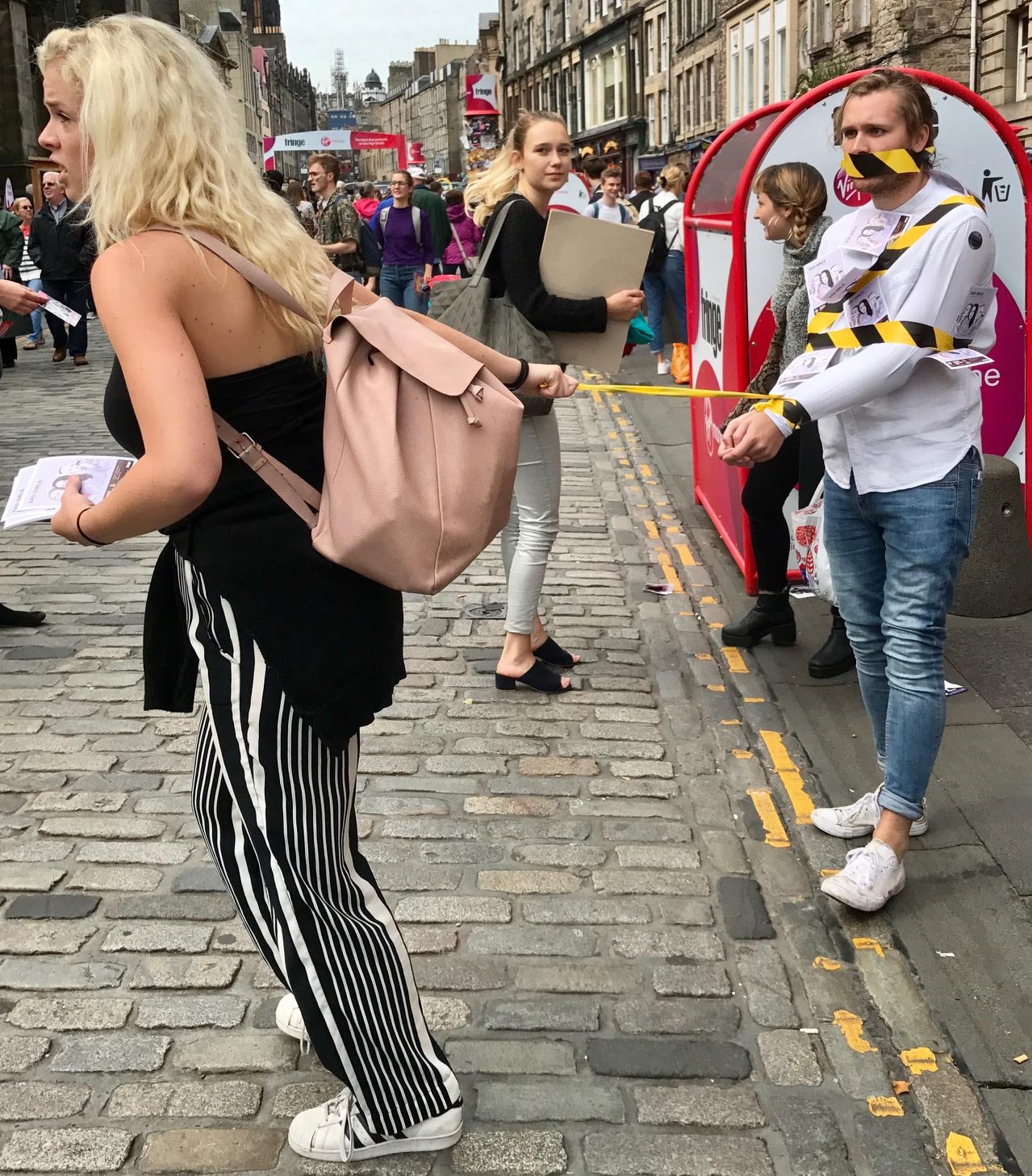 A Note: Edinburgh Fringe is so much more than theater, circus, opera, dance, standup, art and craft shows, etc. It offers year-round museums, the Royal Botanical Gardens, with one of the world's richest plant collections, daily walking tours on the Royal Mile and nightly ghost tours in the underground vaults, the castle, palace and renovated former Royal Yacht. There is also the possibility of visiting places that inspired the creation of Harry Potter and Peter Pan as well as the site of the first use of anesthetic.

Have you been to the Edinburgh Festival Fringe - or another theater festival? Share your experiences in the comments!