REVIEW ROUNDUP: “Marvin's Room” Opened with a ShowScore of 73 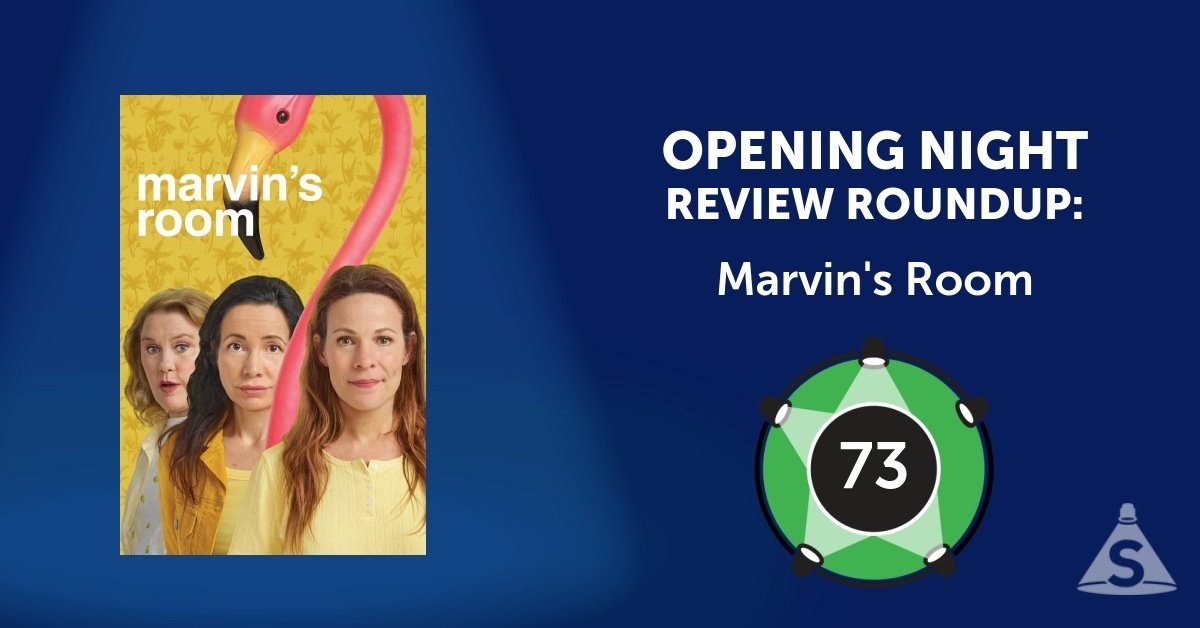 21 critics reviewed the show, resulting in a weighted average of 66.

Jesse Green
The New York Times
ShowScore: 65
"Thoughtfully directed by Kauffman; keenly performed by Taylor, Garofalo and especially Weston; a pleasure to watch throughout...But it is somehow, also, fatally mild. How can this be when nothing has been altered?...Without that heightened and emotional context some of the play’s flaws are more evident now...This production of 'Marvin’s Room' languishes in the gap between the powerful, absurdist comedy Mr. Rich saw and the histrionic excess of the three-hanky film."
Charles Isherwood
Broadway News
ShowScore: 85
"An achingly lovely revival...Director Anne Kauffman’s delicately hued but big-hearted production seems as mordantly and ruefully truthful as ever...Not all of McPherson’s tart-but-sweet humor...has aged perfectly...And the play’s small scale...can sometimes feel a bit lost on the wide expanse of a Broadway stage...Kauffman and her flawless cast manage to make the play’s steady accrual of small moments of wry humor and undeniable pathos add up to a rich emotional payoff."
Marilyn Stasio
Variety
ShowScore: 30
"It’s a good play. Honestly, it’s a good play. This mantra is necessary to keep your faith in 'Marvin’s Room'...Despite decent performances, this lugubrious Broadway revival does his dark comedy no favors...This is an intimate play full of quiet moments that cry out for privacy — or at least a little directorial sensitivity. Exposing its modest scenes on the massive stage of the American Airlines Theater is like tossing a puppy into the ocean and expecting it to swim for its life."
“Marvin's Room” was also reviewed by Adam Feldman of Time Out New York, Jonathan Mandell of New York Theater, Pete Hempstead of Theatermania, Allison Adato of Entertainment Weekly, Michael Portantiere of Talkin' Broadway, Thom Geier of The Wrap, Christopher Kelly of NJ.com, Doug Marino of Act Three - The Reviews, Robert Kahn of WNBC, Brian Scott Lipton of Theater Pizzazz, Steven Ross of Front Mezz Junkies, Elyse Sommer of CurtainUp, Jeremy Gerard of Deadline, Joe Dziemianowicz of New York Daily News, David Rooney of The Hollywood Reporter, Matt Windman of Newsday, Terry Teachout of The Wall Street Journal, and Steven Suskin of The Huffington Post.

The show was also reviewed by 144 Show-Score members, whose collective ShowScore is a weighted average of 74.