Season Two at the Oregon Shakespeare Festival: From the Korean DMZ to the Barrios of East L.A. and More! 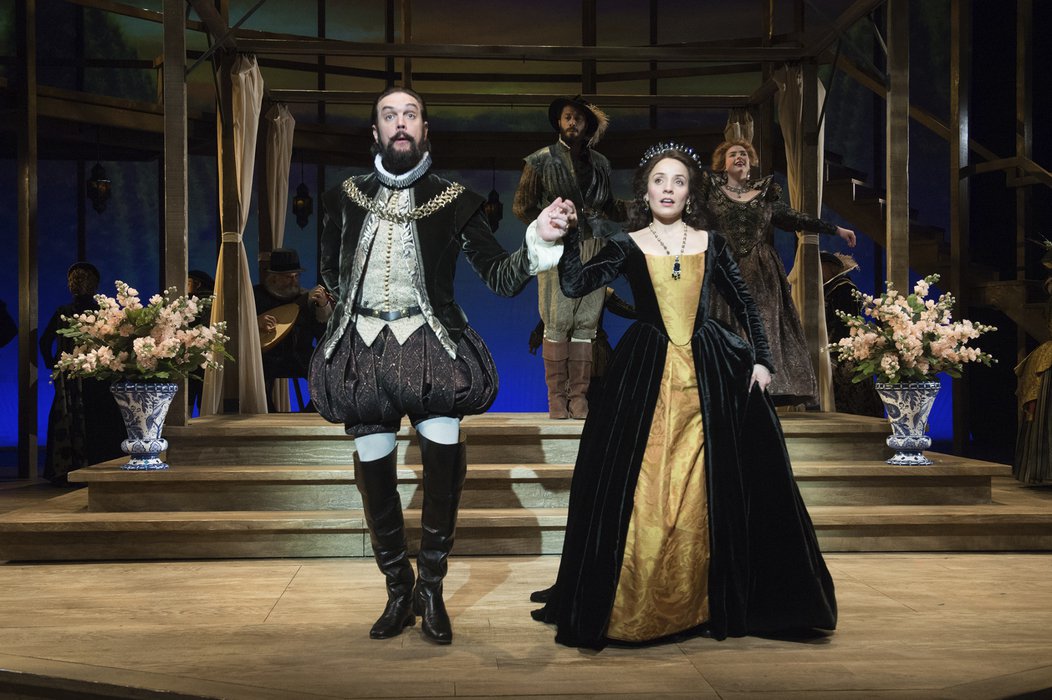 Ashland, an idyllic town in southern Oregon, hosts one of the premier repertory companies in the country; The Oregon Shakespeare Festival. I made the cross-country trek for the first time last year (and reported back to Show-Score about it). I loved the experience, but, as a New Yorker I figured, well, that's probably the last time I'll make that schlep for a while. Turns out I couldn’t stay away.

The Oregon Shakespeare Festival (OSF to its friends) has been going strong for more than 80 years. Though it’s always been a mecca for Shakespeare lovers, each season (with at least ten mainstage shows and numerous staged readings) offers an astoundingly wide variety of programming, from classics to world premieres and everything in between. In just the three days I was there, I binge-watched six plays, including two fine Shakespeare productions (G. Valmont Thomas’ Falstaff in “Henry IV, Part 1” was remarkable), a masterful retelling of "The Odyssey” by Mary Zimmerman, and a winning theatrical adaptation of the movie “Shakespeare in Love” by Lee Hall.

But in addition to their longstanding reputation for classical revivals, OSF has launched a number of prominent new plays, including the play “All the Way” about Lyndon B. Johnson by Robert Schenkkan (2014 Tony Award for best play) and Lynn Nottage's “Sweat” (2017 Pulitzer Prize and audience favorite on Show-Score).

So, in blogging about OSF this season, I decided I would highlight the two excellent new plays I saw: “Hannah and the Dread Gazebo” and “Mojada: A Medea in Los Angeles.”  Who knows—perhaps you’ll be seeing them in NYC before long.

“Hannah and the Dread Gazebo” by Jiehae Park explores the complex emotions associated with living on the border between two cultures. The play follows Hannah, a young Korean-American woman, who finds herself on a strange pilgrimage to Korea in search of her grandmother, who has died under mysterious circumstances. “Hannah” takes the audience on a wild, often funny ride from the U.S. to Korea, mixing snippets of Korean life and mythology with surrealistic scenes set in the DMZ.

I attended a post-show talk with Cindy Im who plays the title role in “Hannah.” (I snapped a picture with her). When asked about her personal connection with the play, Cindy, herself Korean-American, noted that “Hannah” caused her to reflect in a different way on the passing of her own mother. On a lighter note, Cindy shared that her father—who is as much a critic as the father in “Hannah”—was very dubious about Cindy's choice to become an actor, offering to pay her way through law school instead. I think the legal profession’s loss is the theatrical world's gain.

“Mojada: A Medea in Los Angeles” by veteran playwright Luis Alfaro involves a different kind of journey.  Euripides’ story of family destruction is here relocated to the barrios of East L.A.—and becomes a harrowing tale of the trials immigrants face today. (“Mojada” is the pejorative Spanish term for a Mexican who enters the US illegally).

This is not Alfaro’s first foray into the world of Greek adaptation—his powerful “Oedipus el Rey” reimagines the famous king as a criminal who can’t escape his past, and his “Electricdad” moves the tale of Electra’s vengeance on her murderous mother Clytemnestra to a contemporary drug lord’s home. Alfaro mines both the poetry and the brutality of these ancient stories. “Mojada” is a powerful addition to his opus.

I admit it—I’m a jaded New Yorker who thinks this city is the center of the theatrical universe. But OSF, by supplementing its first-rate productions with frequent talkbacks, behind-the-scenes tours, introductions to plays by festival educators, and interviews with actors, provides a fantastic "all theater all the time" experience for theatergoers. Indeed if, like me, you are obsessive about theater, the Oregon Shakespeare Festival is as about as good as it gets.

Have you made the cross-country trek to Oregon Shakespeare Festival? Share your experience with us!
Previous
Next