"Something Rotten!" Star Helps a Member's Daughter Attend an Audition!

Something Rotten! star Rob McClure reaches out to a budding star's teacher. 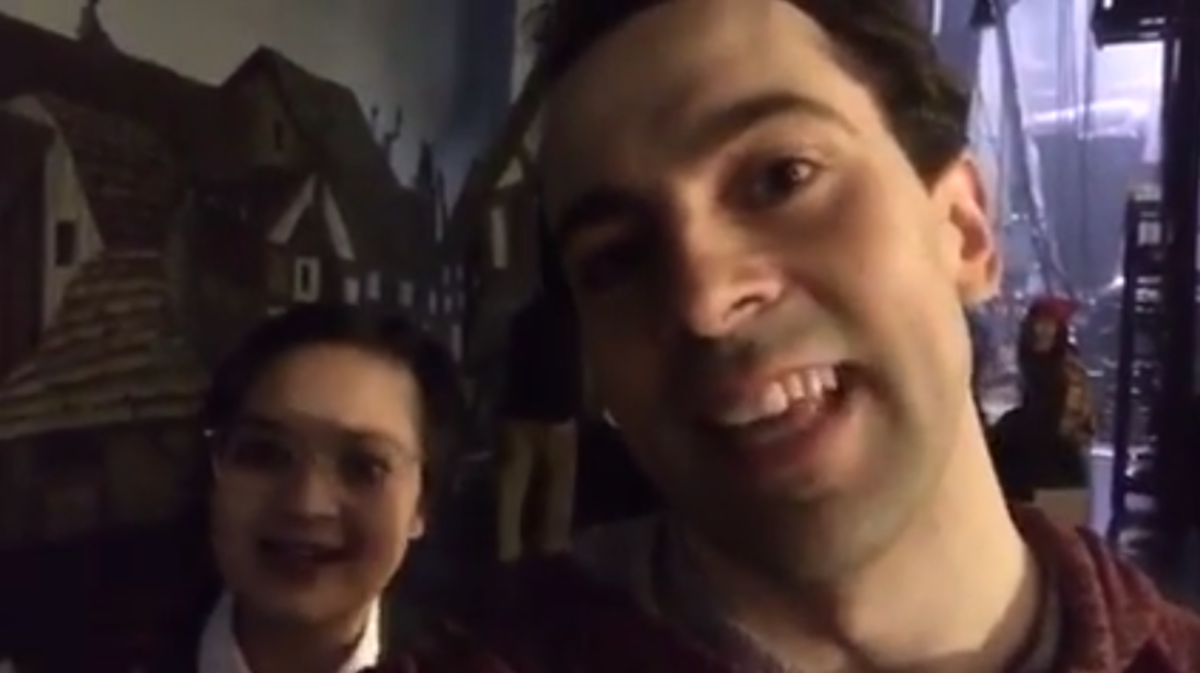 You may know that we recently hosted a Show-Score Social at Boston for one of the first performances of Something Rotten! in that city. After the show, our members got to tour the set, talk to the writers, and meet some of the cast.

Among the actors was Rob McClure, who stars as Nick Bottom. In speaking with member Carol and her daughter Caroline, he learned that Caroline was invited to audition for a paid gig. But it was at the same time as rehearsal for her school production of Romeo and Juliet. Her teacher and stage manager didn't want her to miss rehearsal for any reason.

Rob took the matter to heart and decided to record a video message to the stage manager on Caroline's behalf. After all, "opportunities don't come along that often," as he says in the video. As for Caroline making up her work: "She told me personally that she would know her [lines] and not disappoint you."

Did the message work? We'll keep you updated. Either way, it was an amazingly kind gesture by a truly generous actor. You never know what will happen at a Member Night or Show-Score Social!

If you're in the Boston area, be sure to check out Something Rotten! and help #MakeAmericaLaughAgain.