The Night I Saw Hugh Jackman (From the Very Last Row)

Show-Score | By Nathaniel Rogers | Aug 9, 2017
Most people avoid sitting in the back row. But for one theatergoer, the back row proved how talented Broadway stars really are. 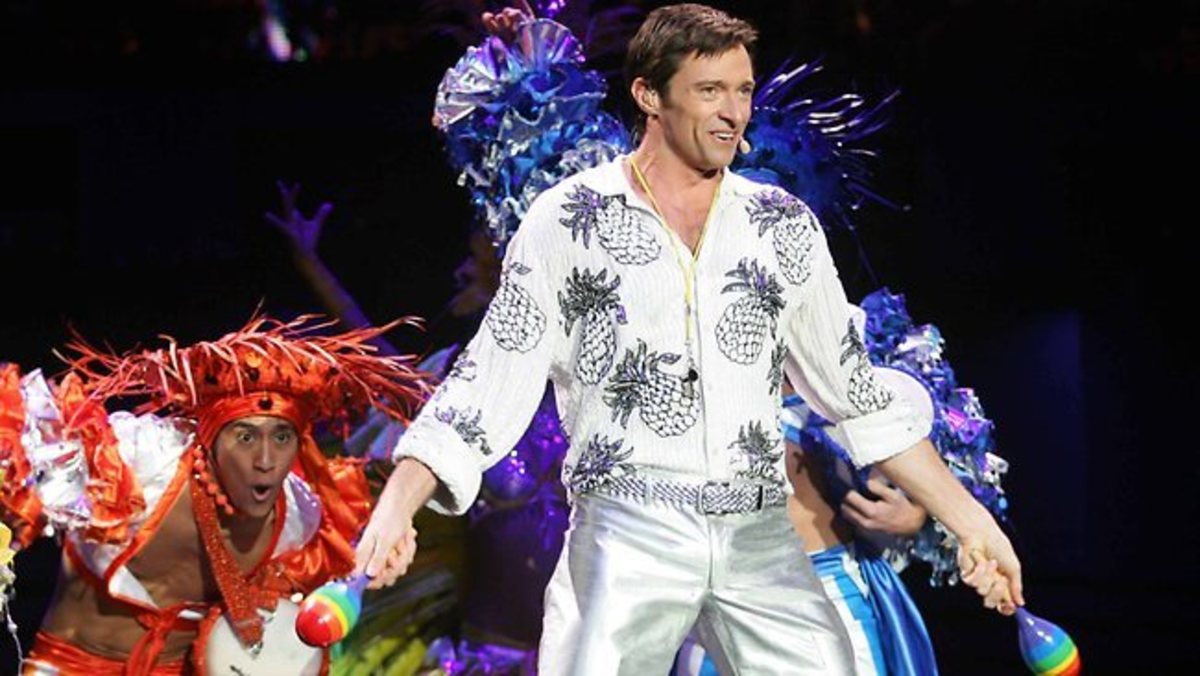 Hugh Jackman in "The Boy From Oz." | By Photo by Lindsay Moller. Source: The Daily Telegraph

Using binoculars for live theater is cheating. For me, anyway.

It’s one of my rules—my seat is my seat. I don’t want to cheat myself of that unique point of view. Close-up shots are great, but they’re built for film, not theater. Stage actors adjust their facial expressions and body language to the performance space. If the audience is 200 feet away, then every gesture, every movement, has to reach 201 feet. Why should I undercut the actor’s hard work with binoculars?

But as I made my way up and up—not there yet, keep climbing—to my seat for Hugh Jackman’s Broadway debut in “The Boy From Oz” in October, 2003 . . . cheating suddenly seemed like a very good idea.

There it was. Not just the back row of the Imperial Theater’s rear mezzanine, but the seat right against the far-left wall. Seat #1417 in a space with a capacity of, you guessed it, 1,417. I could comfortably lean my head against the wall—or skip right to banging it (which I may or may not have done).

And when all six feet, two inches of Hugh Jackman entered the stage to sing the opening number “The Lives of Me” I practically groaned at how itty-bitty he looked. Where’s a telescope when you need it?

But it didn’t take long for my despair to vanish.

When “The Boy From Oz” (the exuberant jukebox musical about Australian singer/songwriter Peter Allen) opened on Broadway, the world knew Jackman primarily from what would become his signature film role as “Wolverine” in the X-Men franchise. He played the gravel-voiced, hard-edged superhero nine times, ending his remarkable run just this year with the elegiac “Logan”. Despite his brilliance as that character, I’ve always wished I could have watched him singing and dancing just as often. For me, on that fall night, sitting in that far-away seat, he proved himself truly super-heroic.

By the third number, the boisterous “Love Crazy,” Jackman’s Peter Allen was already giant-sized. By the show-stopping Act 1 climax “Not the Boy Next Door”, I swore the movie star was singing and high-kicking just for me—forget the other 1,416 ticket holders. By the closing spectacle of “I Go To Rio,” I was in a state of bliss.

Fourteen years later, I don’t remember much about the show itself. The stunning lighting by Donald Holder and fun, flamboyant costumes by William Ivey Long both stayed in my mind, but, with all respect to these insanely talented men, I can only think of them as a perfect backdrop to Jackman’s performance. He shone so bright for me that everything else ran the risk of gilding the lily. It was Jackman’s star wattage that filled up that cavernous space.

Though I never wait by the stage door after shows, this time I made an exception. Now just inches away from me, Hugh Jackman somehow didn’t look any bigger than he had onstage. Against the laws of nature, he turned what could have been a terrible seat into a VIP ticket. Only a superhuman talent could have reached with such force to that back corner high in the rafters.

Did you ever find yourself in the back row? Share your experience in the comments!

And if you’re a Hugh Jackman fan, enter to win cool prizes for “The Greatest Showman”, his upcoming film!