Last week, we hung out with Reeve Carney, Victoria Justice, and Ryan McCartan, stars of Fox's upcoming remake of "The Rocky Horror Picture Show"! Get the scoop on their favorite costumes, musical obsessions, and just how much they relate to their crazy characters. 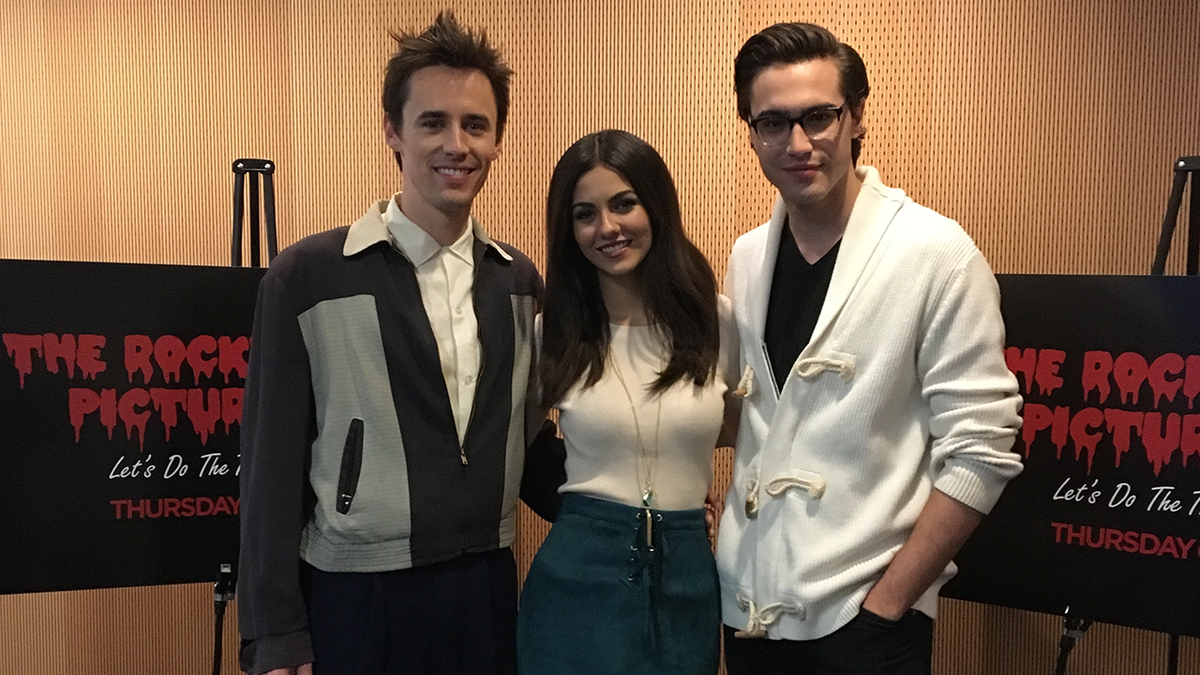 If you're reluctant to take fashion advice from "Rocky Horror"'s Brad Majors, Janet Weiss, or Riff Raff, we don't exactly blame you. But when famed Broadway costume designer (and 6-time Tony Winner) William Ivey Long is the one behind the needle, you might want to think twice!

What's your favorite costume that your character wears in "Rocky Horror"?

Victoria Justice (Janet Weiss): I think the costume that I get to wear after Janet's transformation in 'Rose Tint My World' was really fun. It's very gold and glam, and I was kind of channeling like a sort of Natalie Wood in 'Gypsy' vibe. It was very sexy, and very cool.

Ryan McCartan (Brad Majors): I don’t know what this says about me, but I loved the drag at the end. I thought it was really fun. The heels were awful; they are the worst things ever invented. I mean, they make you look snatched, but like, no. William Ivey Long is a genius: what he did with the costumes was breathtaking."

Reeve Carney (Riff Raff): Honestly, I would wear Riff Raff's costume in real life. William Ivey Long is a genius, and kind of want to ask him if I can pay him to make me one of those! It’s made to look like I was struck by lightning, but before it got all distressed-looking, it's this amazing Tim Burton-esque style suit…I would love to own one of those for sure." 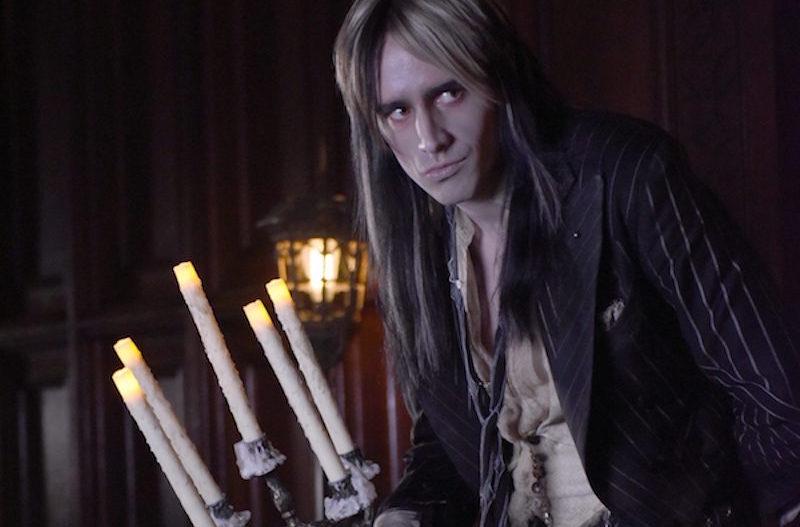 "The Rocky Horror Picture Show" is famed for its cast of crazy characters...so imagine what it's like for an actor getting in that headspace! We wanted to know if these actors could relate, or maybe even find a piece of themselves within their characters.

How similar would you say you are to your character?

Reeve: I don’t think I'm similar to my character Riff-Raff in any surface level way [laughs], but maybe deep down, there's gotta be something! Cause when you look at him, it's like, 'eugh', but getting to put on all on that makeup was fun: I’ve never gotten to do that before. It's like as you're looking in the mirror, you're already getting into character.”

Victoria: I think that Janet Weiss is the kind of girl who would prefer to stay home and watch a movie with her boyfriend, and kind of bake or cook or do things like that. And I don't necessarily cook or bake, but I'm not like a wild party girl: I prefer to stay at home and have really fun game nights and watch documentaries and stuff like that."

Ryan: In the original movie, it's sort of like Brad and Janet 'barely escape' the castle, and we kind of played with the idea that maybe Brad didn’t want to leave. While I personally might have run away from the castle, I feel like a bunch of us all have a sort of dark and stormy night in a strange castle, you know? Whether it's socially, intellectually, or sexually; you can relate." 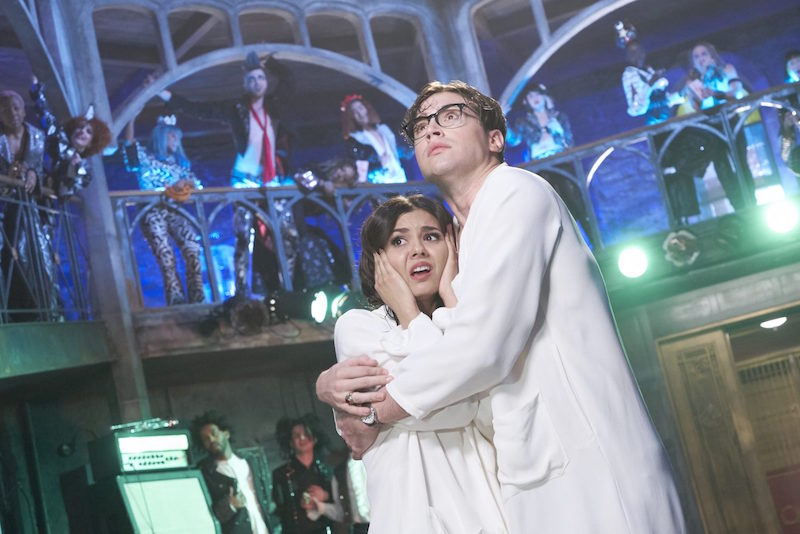 And just because we wouldn't be Show-Score if didn't ask...we just had to find out what recent musicals this talented is diggin'! Their answers may surprise you...

Ryan: I was fortunate enough to see ‘Hamilton’. That was literally the only thing I’ve experienced that was bigger than the hype. I think ‘Hamilton’ lives past its hype, it’s some of the highest art I’ve ever seen. Lin should win a Nobel Prize — I don’t know in what category, but he should win every award. It’s masterful.

Reeve: I've been living in Ireland, so I haven't seen anything really recent, but like most people, I want to see 'Hamilton'! I haven’t been able to yet, so I'm hoping I get to see that soon. It's something that I think is unlike anything else, from what I hear."

Victoria: I really enjoyed 'On Your Feet!', I love Gloria Estefan. I saw 'Beautiful: the Carole King Musical' which was amazing, I’m a huge fan of Carole King!" 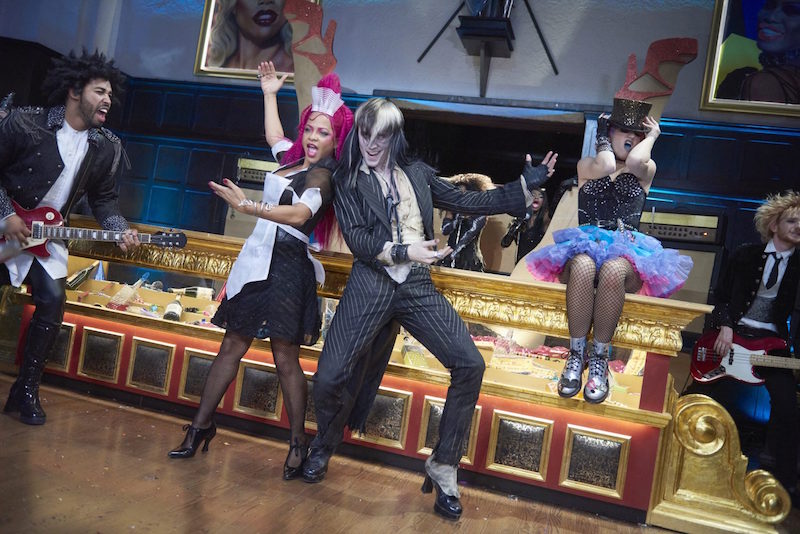