THE SHOW GOES ON, FOR THE AUDIENCE

AN INSIDER VIEW OF “RENT ON FOX” 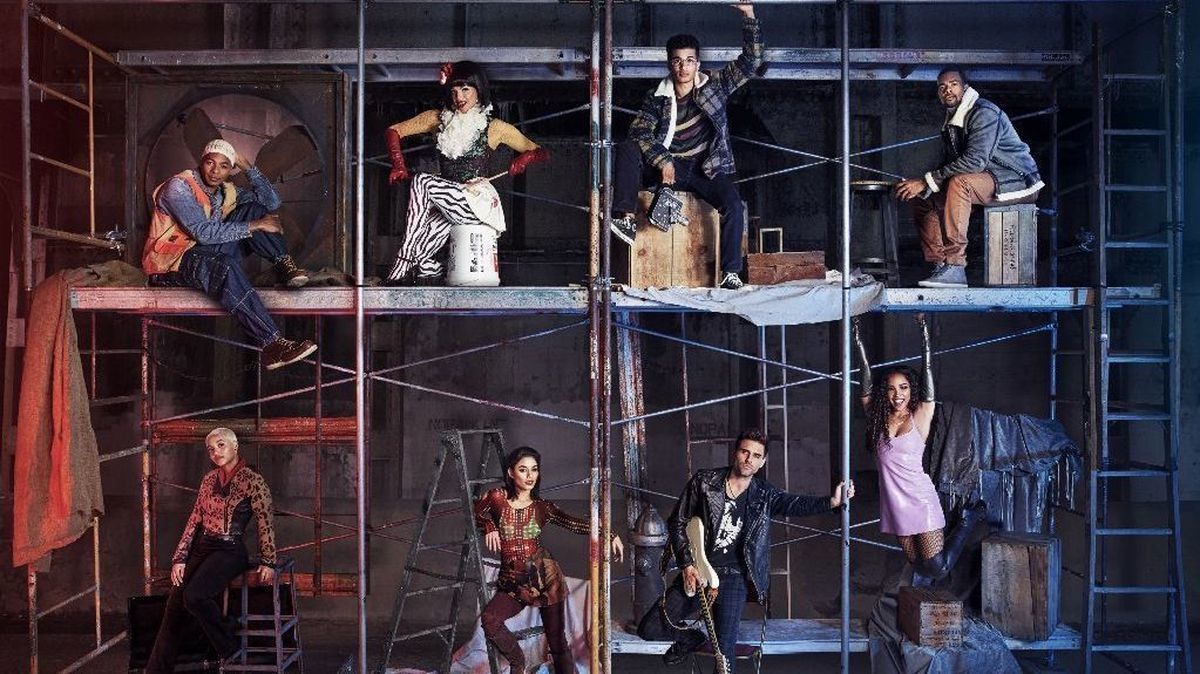 Millions of theater fans tuned in to watch a "sort-of" live telecast of RENT.

We say “sort-of,” because the telecast was actually taped the night before (during the dress rehearsal), with only the last 15 minutes actually happening live. It was a last-minute change triggered by an unexpected cast injury.

While some fans were disappointed at the “recorded” nature of the television event, we were actually quite inspired. Here’s why.

Picture the scene -- 1,300 of the most-rabid RENT fans had waited for several hours in lines before we were ushered into the sound stage. After the doors were closed, we learned that they would be televising the dress rehearsal version. We could watch it on TV, sitting on hard bleachers (or standing in the mosh pits) for the next 3 hours. They explained that the cast would come out and sing a few numbers, and that they needed us to sit around for 3 more hours, so that the last 15 minutes could be live before a studio audience.

But then the telecast started, and it was great. It was cool to be in the room where it was taped the night before, even if most of us had missed it. Many of us started to sing along, and cheer at the best parts. It was like watching the Super Bowl at a sports bar with a bunch of fellow football fans.

But then something amazing happened. The entire RENT cast came on stage and started to perform. We thought they were lip synching, but it quickly became apparent that they were not -- the orchestra was playing, and they were singing their hearts out. Some were wearing street clothes. There were no props. The entire cast was in every scene, sitting on chairs, cheering the principals along.

They were doing this for us, the fans who were there.

They certainly didn’t need to do that.  They could have simply watched the show, and then come on stage for the last 15 minutes. It was clear that it wasn’t planned -- sometimes scenes weren’t lit, and the camera crews were often scrambling to keep up. “La Vie Boheme” was done without tables to strut upon. Brandon Victor Dixon gave an earth-shattering concert rendition of "I'll Cover You - Reprise."

But it didn’t matter. It was so heartwarming, because it was clearly about wanting to perform, for us, the fans. The evening turned into an extraordinary expression of the essence of RENT -- community, resilience, and above all, the power of art to inspire and move.

Regardless of what you think of the telecast (and, as theater fans, we all certainly have our thoughts), what the RENT team did Saturday night was an incredible gesture to the audience.

Why did the show go on? For us, the theater fans.

CHECK OUT OUR FAN SHRINE TO RENT!