The Show Must Go On!

The entire neighborhood may have been without power, but that wasn't about to stop the Philadelphia Theatre Company. 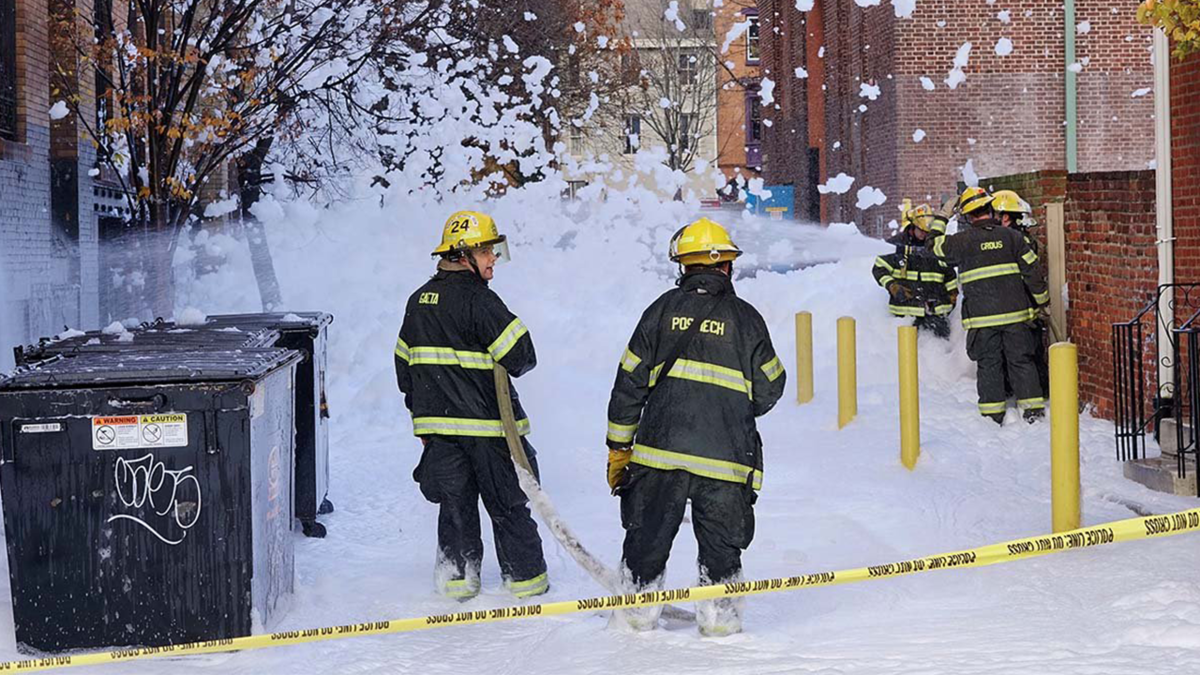 Firefighters in Philly working together to clean up foam | By Joseph Kaczmarek / for Philly.com

This past weekend, I hosted our first-ever out-of-town “Show-Score Social”, to see “Found” at the Philadelphia Theatre Company. The show is getting a lot of buzz in NYC theater circles. Show-Score is currently only covering NYC, but we hope to expand to other cities in 2017, so this trip was a mini “fact-finding mission”.

Our invited Philly-area Show-Score members all arrived on time, despite screaming sirens from uncountable emergency vehicles in the neighborhood. As it turned out, a nearby electrical substation had just exploded (no one was hurt, thankfully).

The entire neighborhood was without power, but luckily the theater had already printed out our tickets, and let us into the lobby anyway after tearing our tickets the old-fashioned way.

No one was sure if and when the power would be restored. Just when it seemed that the matinee would be cancelled, a company spokesman announced that power had been restored inside the theater. Even better, he said that the cast wanted to sing us a song as a “thank you” for waiting (they were no doubt as frustrated as we were!).

The cast and orchestra then emerged from the theater, made a short intro, and broke into song:

What a magical “Show Must Go On” moment!

No microphones, no lights, no costumes. Bad acoustics. Poor sightlines. It didn’t matter! The energy was palpable, the talent was clear. Best of all, the makeshift “make do” moment was a great intro to the show, which is about the handwritten, highly-personal, but otherwise forgotten notes we come across in our lives.

Minutes later we were all in the theater, and enjoyed a great, high-energy show. The cast and crew was clearly not at all fazed by starting more than an hour behind schedule (with another show that evening).

My only regret from the otherwise wonderful adventure? In the pre-show chaos, I totally forgot to take a picture of our adventurous group!

Do you have a ‘show must go on’ story? We love hearing about the can-do spirit of artists and audiences, so please share your story in the comments below!