The Show Must Go On…Even When A Cast Member Cannot!

What happens when your lead actor has to leave the show and you don’t have understudies? Tatiana Wechsler found out when this happened on her own show, "The Golden Bride" at the National Yiddish Theatre Folksbiene. 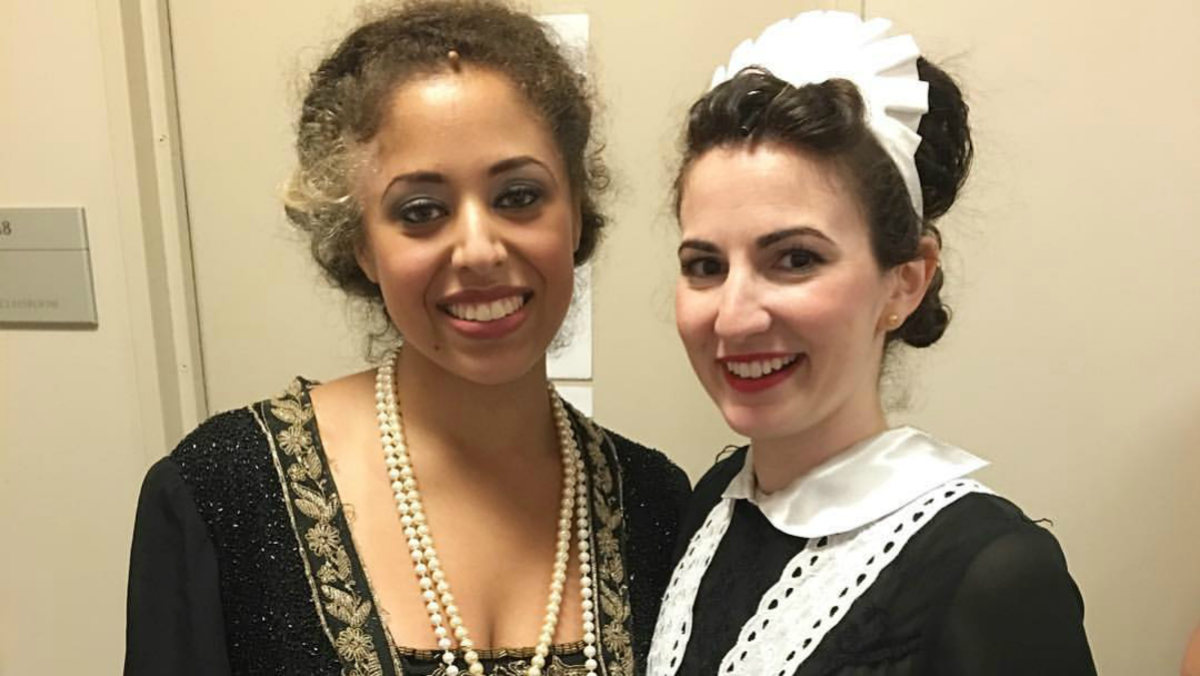 Last Monday afternoon, Tatiana Wechsler, a chorus member in “The Golden Bride” at National Yiddish Theatre Folksbiene, was getting ready to go perform her show, when she received a call. It was the team at the theater and they had just been informed that the lead role had been called away on a family emergency. With no understudies and a sold-out show that they were loath to cancel, they “suggested” that she might step into the role.

By the time the curtain came down Monday night, it was confirmed. Tatiana would be stepping in as Toybe at the next performance, on Wednesday at 2pm.

That meant that Tatiana needed to learn an entire role in 24 hours…in a different language.

Yes, you heard that right. Although Tatiana has been in the ensemble since the winter, she doesn’t speak Yiddish, and learned her lines phonetically with the help of a Diction Coach who is part of the show’s creative team.

“I studied German for eight years growing up in school, and that really helped with my understanding because of the similarities of the languages. And growing up in a Jewish household, there were many Yiddish-isms I was familiar with, but I definitely couldn’t have a conversation in Yiddish just on my own.”

Tatiana went home that night and learned her lines in preparation for her “put-in” rehearsal the next day. She would have five hours with the other actors to go over her scenes. When speaking with us, she humbly downplayed the fact that she was off-book (a theater term that means she knew all her lines) by the time the rehearsal started.

However, they did not have time to incorporate the technical elements into that session, so they rehearsed without sets, costumes, and lighting. “We ran through the scenes and the blocking and that was it for the day. And the next day was the show.”

Tatiana performing one of the musical numbers from the show

By Wednesday, she was as ready as she could be. Waiting in the wings, she was nagged by the feeling that she was in the wrong spot. After performing in the ensemble, preparing for Toybe’s entrances rather than her own, was throwing her off. However, she followed the advice of a fellow castmember, who told her, “take it scene by scene and moment by moment and try not to think about the whole show.”

The Executive Producer of the National Yiddish Theatre, Chris Massimine, wrote to us with some exciting words about Tatiana's performance. “It’s a pretty ambitious feat, but she nailed it!”

Tatiana ends "The Golden Bride" with a flourish!

Tatiana’s own interpretation of getting through the show? “I remembered all the words, thankfully,” she laughs. “Relief, I think, was the biggest emotion.” She had also been nervous about letting her fellow actors down, and derailing their own performances. “So I was really happy that everyone could give the performances that they normally give. I was glad, and exhausted.”

Tatiana performed Toybe for three performances, before her castmate returned. She was excited that her father was able to make it to see her take center stage. But more so, she is thrilled that her fellow cast member is back. “This show was cast so well, I just think of Lisa when I think of the role. I’m really grateful for the opportunity, and it was an amazing challenge, but I think it will feel like everything’s back and how it should be when we return.”

You can catch Tatiana in "The Golden Bride" at the National Yiddish Theatre Folksbiene through this Sunday August 28.