If you haven’t already heard, the coolest new comic book came out this year—and it’s about the run crew who work backstage at their high school theater. That’s right—a comic book about run crew. DOUBLE nerd. But wait—it gets better. 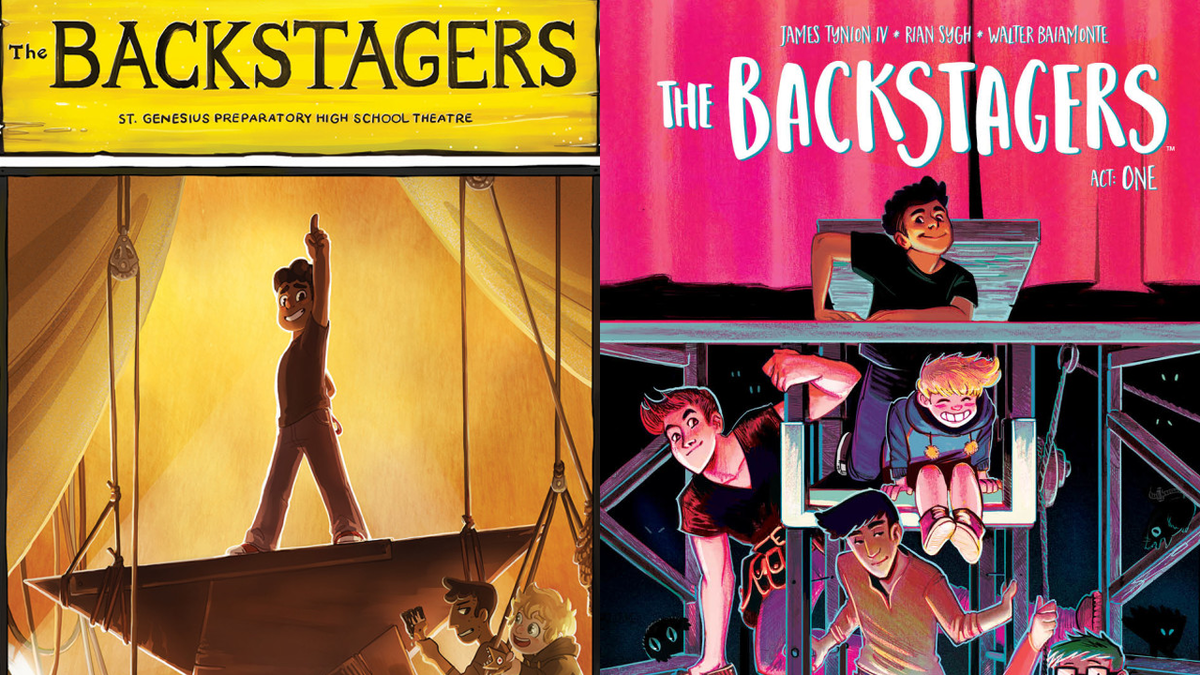 It's no secret that the onstage magic you witness at any production is due in part to the crew—but what happens when that crew is dealing with literal magic backstage?

In The Backstagers, a new comic series published by BOOM! Studios and written by James Tynion IV, this crew battles demons beyond your usual tech week perils. Whenever they have to do something as simple as fetching a prop from backstage, they end up dealing with constantly-shifting labyrinthine tunnels filled with obstacles to overcome—mostly monsters and sometimes clowns, if the writers are to be believed.

The best thing about this series though is that it embraces the people who are on the fringes—the kids who didn’t fit in anywhere, even in drama club—and struggle with discovering who they are and how they fit in as they come of age. Reflecting bi writer James Tynion IV’s childhood, its main characters are bi, transgender, and otherwise queer—but in The Backstagers, they’re growing up in a world where that’s totally normal, leaving them free to grow into themselves without discrimination (though not without struggle, if those clowns have anything to do with it). Tynion has teamed up with trans artist Rian Sygh to create a world that’s no less than stunning—goofy, gorgeous, colorful, and always celebratory.

After "Hamilton"'s ongoing success and this year’s racially-diverse Tony Awards, the theater community is breaking boundaries everywhere. So it’s no surprise that The Backstagers is filling a much-needed gap in the amount of content about queer communities, and doing it through the (literally) magical world of theater. Queer or straight, nerdy or cool: if you’ve ever felt out of place, come backstage. Everyone can belong here.