A Nominee-Inspired Menu for Your Tony Awards Viewing Party

We put together the ultimate Tony party menu, inspired by this year's nominated productions! 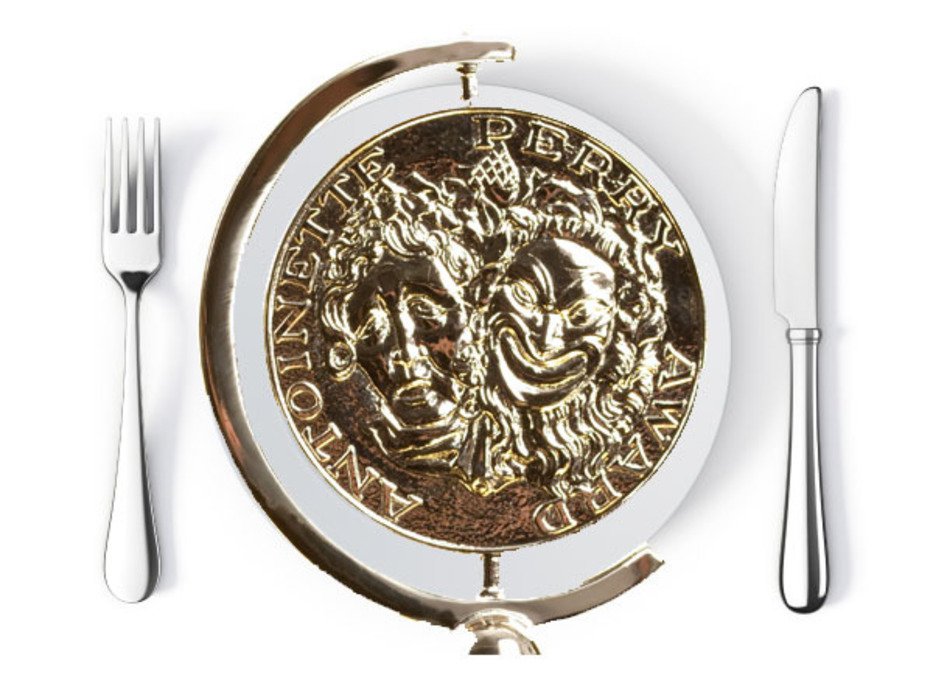 There's nothing like kicking off the night with a light and bubbly cocktail: "The Tony Award", a drink, created to resemble an actual Tony statuette, is the perfect choice! You can learn how to make it here.

Serve up some sardines on toast for guests to nibble on, in reference to the numerous plates of sardines carried on and offstage in 'Noises Off'.

Next comes the entrée: roast turkey (to commemorate the Thanksgiving dinner setting of 'The Humans') and potato knishes (inspired by the food of Eastern European Jews from 'Fiddler on the Roof')!

For dessert, there's no way we could forget about the delicious apple pie aroma that permeates the Brooks Atkinson Theatre where 'Waitress' plays! And be sure to serve it with a piping hot pot of classic English tea ('King Charles III').

Be sure to mix up a nightcap for your guests: A Glass to Freedom is a rich-tasting whiskey-based cocktail inspired by 'Hamilton', and created specifically for Show-Score! You can get the full recipe here.

And once you've cooked up your viewing party dinner, don’t forget to Predict the Tonys: you could win up to 1,000,000 Audience Rewards Points! Voting closes at noon on June 12.