What Is "Hamilton", Anyway?

Learn about the intricacies of what makes "Hamilton", one of the most successful Broadway musicals ever, special and unique at Show Score. 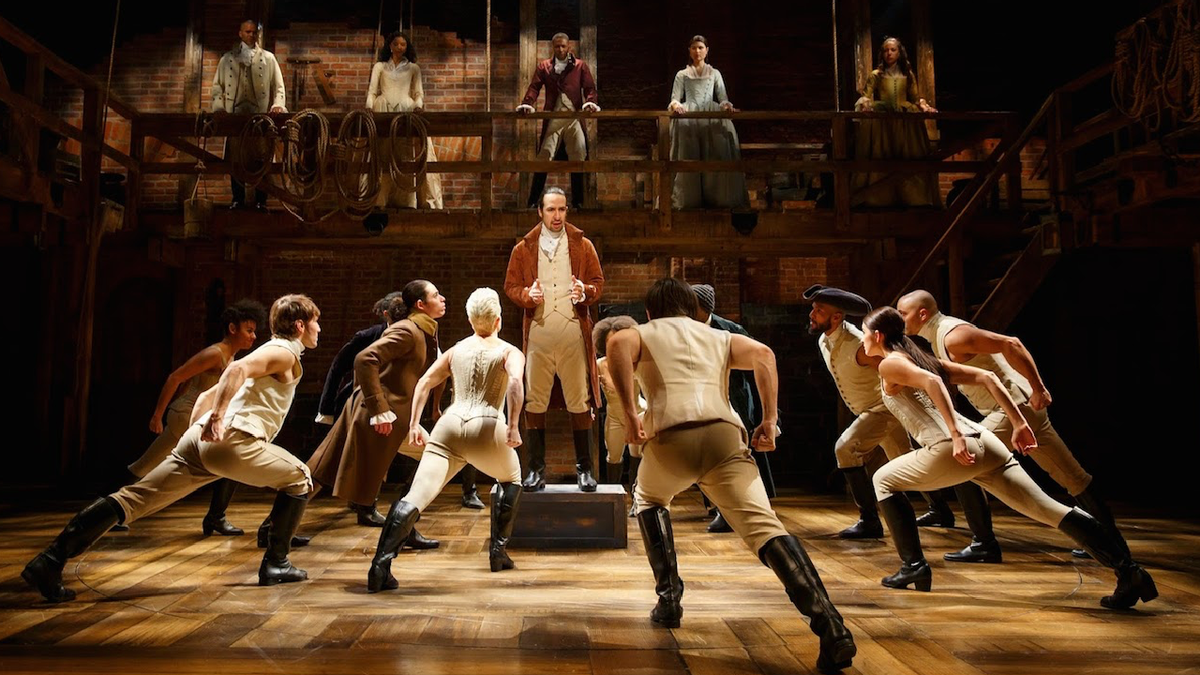 The Original Broadway Cast of "Hamilton" | By Joan Marcus

You’ve probably been hearing about “Hamilton” for months—girls debating if they’re an Eliza or Angelica, boys trying to rap as fast as Thomas Jefferson, people using #myshot or #Ham4Ham on Instagram and Twitter. The Broadway show performed for President Obama at the White House, snagged 11 Tonys last year, and tickets are still nearly impossible to get. But exactly what is "Hamilton"? What makes it such a must-see?

It Has Something for Everyone

"Hamilton" is one of those Broadway shows that really does have it all—romance, action, politics, drama. No matter who you are, or where your interests lie, you can certainly find a character or a part of the story that will draw you in and connect you with what’s happening onstage. What is "Hamilton" on Broadway? A story that you can relate to.

It's An Untold Story

Before you saw the show (or, more likely, heard the original Broadway cast recording soundtrack) can you honestly say that you knew anything about Alexander Hamilton? What is Hamilton? Or rather, who is Hamilton? Sure, you may have talked about him in your US History class—that guy who died in a duel, right? But who knew how awesome his story actually was? Hamilton was an immigrant who came out of poverty to rise through the ranks of politics and eventually create the financial system that we still use today. It’s a true rags to riches story, the ultimate American Dream (though it does have a less than dreamy ending). And what is "Hamilton" Broadway compared to Hamilton the man? A mostly accurate depiction based on Ron Chernow's "Alexander Hamilton".

“Hamilton” is a show that takes a traditional musical theater structure and mixes it up with hip-hop and rap elements. But if rap isn’t your style, that’s okay; it has familiarities that will make even the most old-fashioned musical theater fan comfortable—sweeping dance numbers, epic ballads. So the next time you ask yourself, "what is 'Hamilton' on Broadway?", remember that it is a show that will enthrall everyone, from your sulking teenage brother to your classic-movie-loving grandfather.

And if hip-hop is your style, you’re also in luck. This score will have your working on your rap skills all night long (try this one from ‘My Shot’: “I’m past patiently waitin/ I’m passionately smashin every expectation/ Every action’s an act of creation”). And for you dance fans, Andy Blankenbuehler’s choreography won’t disappoint—we finally have hip-hop on the Broadway stage! What is "Hamilton" Broadway if not an exhilarating journey from dance to score?

The show begins with this line: “How does a bastard, orphan, son of a whore and a Scotsman, dropped in the middle of a forgotten spot in the Caribbean by providence impoverished, in squalor, grow up to be a hero and a scholar?” It’s catchy, informative, yet incredibly eloquent. It’s dense and complex and completely addicting. Where else on Broadway can you hear Aaron Burr rap about facts that would make your AP US History teacher proud, using language that would make your high school English teacher swoon? So, what is "Hamilton" on Broadway? A musical with intelligence.

Look around at the world today—what sort of issues are we facing? The power struggle of government, immigration, sexism, racism— these are all things that the characters wrestle with throughout the Broadway show. That is the essence of what is “Hamilton” on Broadway: it speaks right to us in 2017, serving as a reminder of how one person really can change the course of history.