What to watch for in the new West Side Story film 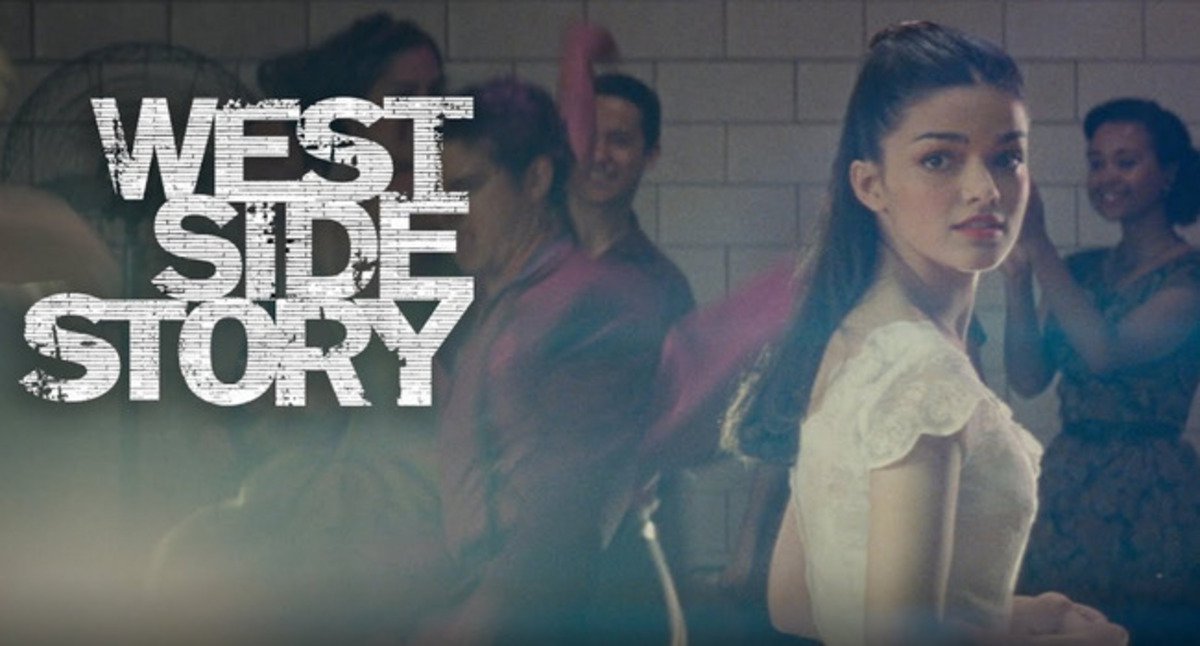 Something's coming, something good — Steven Spielberg's remake of West Side Story, that is. Premiering in theatres on December 10, his movie is being released just after the iconic 1961 film's 50th anniversary. Spielberg's West Side Story marks the feature film debuts of over 50 actors, including brand-new star Rachel Zegler as María and stage veterans like Dear Evan Hansen's Mike Faist as Riff, Tony winner David Alvarez as Bernardo, Hamilton alum Josh Andrés Rivera as Chino.

A reimagining of Romeo and Juliet as a love story between teenagers affiliated with rival street gangs — the white Jets and Puerto Rican Sharks — in 1950s Manhattan, West Side Story is often considered one of the greatest musicals of all time, and the 1961 film a cinematic masterpiece. Spielberg took loving care in his version, honoring the original story while adding depth and fresh changes for the moment, like casting an all-Latinx ensemble of Sharks for the first time in a mainstream production. We've rounded up a few "cool" ways Spielberg's West Side Story references and differs from the stage production and the 1961 film — spoiler-free, of course!

Some of the original West Side Story film's cast members appear in the new film.

Rita Moreno made history when she won an Academy Award for playing Anita in the original West Side Story in 1961. The Anita mantle has been passed to Ariana DeBose, but Moreno's not out of the West Side Story universe. In Spielberg's film, she returns as Valentina, Tony's guardian and the widow of the shopkeeper Doc from the original film and musical.

Have tissues ready for Moreno's scenes — Valentina has to watch the prejudice she endured as a Puerto Rican woman play out all over again in the Jets' and Sharks' conflict, and Moreno plays every moment masterfully. But don't only take it from us: "I love me in this movie," Moreno said on a press conference for the film. "I love every scene I'm in." Us too, Rita, us too.

There are also multiple actors from the 2020 West Side Story Broadway revival in the film.

Do you think they got déjà vu? Ben Cook, who played Riff on Broadway, sticks with the Jets gang in the film as Mouthpiece. Jacob Guzman starred as Chino and now plays Junior in the film, and Yesenia Ayala, who played Anita on Broadway, appears as the Shark girl Clary. Ricky Ubeda, who played the Shark Indio, plays a different gang member, Flaco, in the movie.

Plenty of the principal cast got their start on Broadway, too — this is a movie musical, after all! Rita Moreno and David Alvarez (Bernardo), for example, are Tony Award winners, and Mike Faist (Riff) and Ariana DeBose have both been nominated for Tonys. Even Ansel Elgort (Tony), who's known for his film work, had his first-ever professional acting role in the Off-Broadway play Regrets in 2012! Read about all the West Side Story cast's theatre credits.

Aside from the fact West Side Story was shot in modern-day New York, that is. (Ironically, the movie was filmed everywhere but the Upper West Side — shooting took place in Harlem, Brooklyn, and Paterson, New Jersey.) In case you didn't know, the soon-to-be-demolished neighborhoods the Jets and the Sharks occupy — an old Lincoln Square and San Juan Hill, respectively — were actually razed to make way for Lincoln Center for the Performing Arts. The film's opening sequence includes a shot of a design plan for Lincoln Center, rendered just as we know it today. For those of us who enjoy the ballet, opera, or library there now, it's a bittersweet moment, to then see the Jets and Sharks fight over the rubble of what used to be their home there.

The West Side Story costumes reflect the divide between the Jets and Sharks.

If you pay attention, you might notice that the Jets and their girls usually wear cool tones and dull colors — blues, greens, grays — whereas the Sharks are dressed in warm reds, oranges, and yellows to reflect the vibrant island they once called home. It's particularly obvious in during the gangs' dance-off in the gym (pictured above), which looks like a color war as the Sharks and Jets each gather with their own group.

And after Tony and María meet, they often appear wearing the other gang's colors, or a mix of the two. The lighting follows suit, and there's one particularly gorgeous scene in which dots of blue and orange light fill the screen, mixed all together, as the couple stage their own marriage and profess their lifelong love.

The late, great Jerome Robbins's original West Side Story choreography is iconic, but a fresh take on the musical required a fresh take on the moves. So Spielberg enlisted Justin Peck, a 2018 Best Choreography Tony Award winner for Carousel and the resident choreographer and artistic advisor for New York City Ballet. Peck is no stranger to Robbins's work; his first-ever professional leading role as a dancer was Bernardo in the West Side Story ballet, which Robbins also choreographed.

So Robbins devotees, don't fret — Peck's new choreography is visibly inspired by Robbins's, just with an updated flair. Peck employs more Latin American movement styles for the Sharks' choreography than Robbins did — "America," for example, ends with the ensemble dancing pachanga, a Caribbean dance style that originated in Cuba. But he also kept Robbins's moves from the film in some places, including the dance Tony and María do when they first meet.

Some of the West Side Story songs got reimagined too.

We don't mean lyrically or musically — who could even think of messing with Stephen Sondheim's punchy lyrics or Leonard Bernstein's lush score? (Which both sound incredible through movie theatre-grade speakers, BTW.) But some of the songs are staged differently than usual.

"America," Anita and Bernardo's debate over the merits of living in Puerto Rico and the U.S., is no longer set on a rooftop at night. Instead, the number takes place during a sunny midday, and the movement sprawls through the Manhattan streets in a way reminiscent of the opening dance sequence in In the Heights. And Gee, Officer Krupke, formerly sung by the full Jets gang on a sidewalk, is now performed by only seven Jets in a police station. All the whimsical physical comedy, though, remains intact.

These aren't the only two songs that got adjustments for Spielberg's West Side Story — but we won't spoil the rest!

West Side Story is in theatres on December 10.