Which 'Hamilton' Musical Character Would You Want to Have a Drink With?

We all know and love the hit musical "Hamilton"— but have you ever thought about which one of its iconic characters you'd most like to grab a post-show drink with? 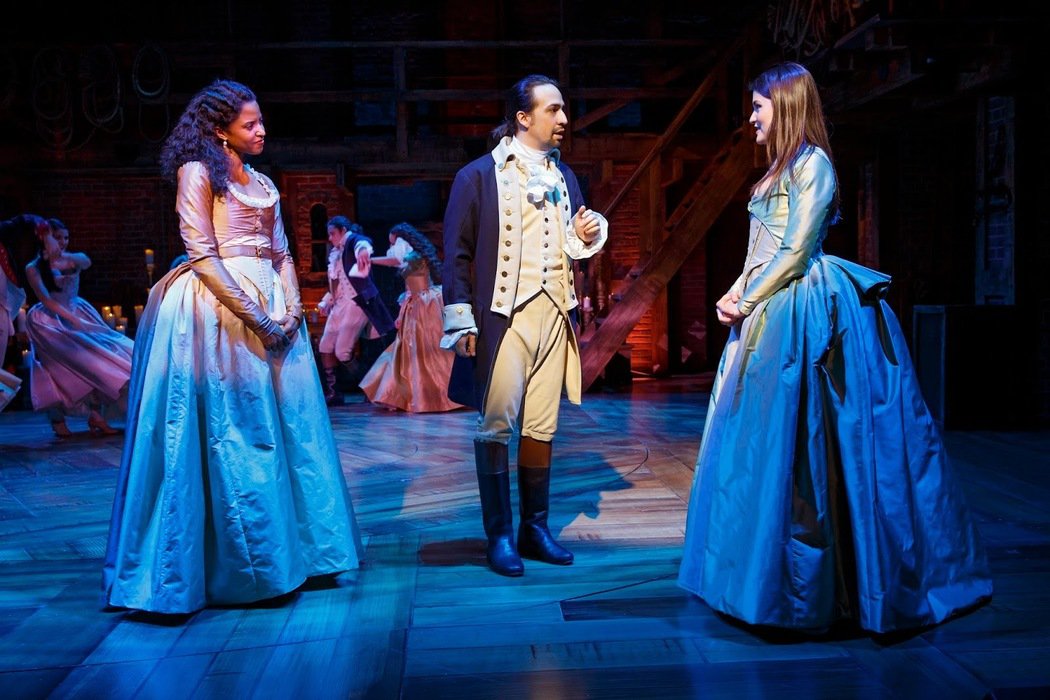 Pros: As every "Hamilton" musical fan knows, Alexander Hamilton led a fascinating life in which he overcame modest origins to become one of the most powerful men in America. He can talk to you about politics, war, economics, and so much more—there will be no end to the conversation.

Cons: Because of all those grand accomplishments, he’s pretty full of himself. Expect this “Hamilton” musical character to rattle on and on about his grand plans. Also, his obsession with duels suggests that he’s likely to start a bar fight. He'll ask you to have his back and, if you refuse, he’ll probably fight you, too! And, don’t expect to have any luck with the ladies while he’s around....

Pros: Aaron Burr’s frequently-changing positions on just about any issue—“Don't let them know what you’re against or what you’re for”—makes him an easy person to talk with since he’ll probably come around to agreeing with whatever you say just so you'll like him more. It’s comforting to have a conversation with a “Hamilton” musical character whose main aim is to please you.

Cons: He’s full of unsolicited advice to the point that you’ll hope he’ll take his own and “talk less, smile more”. And while he’s very agreeable, trying to get him to expound on his own principles is like pulling teeth.

Pros: Who wouldn’t want to have a drink with one of the lovely and intelligent Schuyler sisters? After all, “you will never find anyone as trusting or as kind” and full of conversation. If she was good enough for Alexander Hamilton, she's good enough for us.

Cons: This “Hamilton” musical character is extremely tough and headstrong and as quick to fight as her husband. And lord help you if you so much as think of another woman.

Pros: Thomas Jefferson is probably one of the most intelligent people you’ll ever have the opportunity to speak with. Plus, as a Francophile, his knowledge of French wines will ensure that you’re only drinking the very best vintages.

Cons: He’s smarter and more privileged than you, and he knows it. Also, regardless of what you wear, this “Hamilton” musical character will out-dress you.

Pros: Everybody admires the Founder of Our Country for his great deeds, which means there’s a good chance any bar you visit will serve you on the house to celebrate Washington’s greatness. By the time your conversation is over, you’ll likely be so inspired you’ll feel like you could follow him to the ends of the Earth.

Cons: If you’re expecting a long night full of interesting conversation, prepare to be disappointed, Mount Vernon is calling. Because he’s so intent on returning to private life, Washington will probably be the first person to leave the bar. Also, be prepared to repeatedly hear him tell you how history will judge your actions.

Pros: Out of all of these “Hamilton” musical characters, Angelica is the ultimate confidant. You’re safe to assume anything you say to her over drinks will remain under wraps (unless it involves crossing one of her younger sisters). And when it comes to venting your frustrations and feelings, she’s your number one lady.

Cons: If she ends up developing unrequited feelings for you, expect to hear about them for the rest of your life. And if you happen to disrespect a member of her family, well, expect to receive some spirited “Congratulations” in return!