Traveling to the UK this holiday season? Here are the holiday-specific shows you need to see. 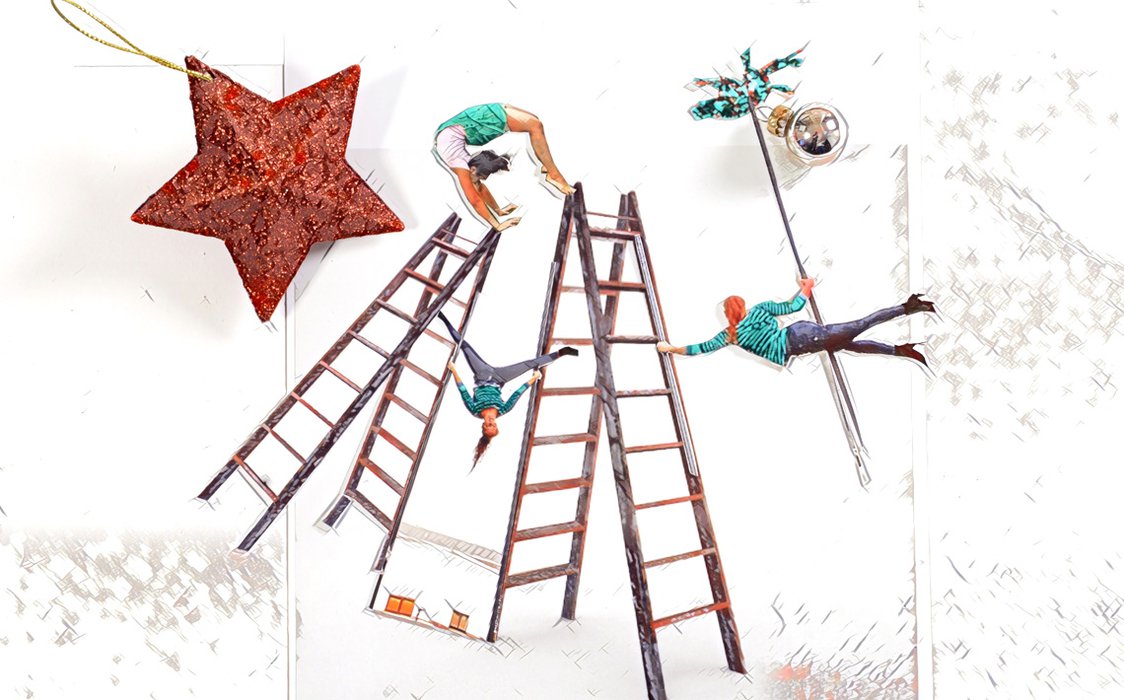 London loves Christmas. Harrod's Christmas shop opens, Covent Garden's lights appear, and every neighborhood lines its streets with decorations. It's a cue to wile away dark evenings with friends and mulled wine, peruse the Christmas markets, and catch one of the city's fabulous seasonal shows.

Here's a round-up of some of this year's best.

The Palladium always presents an elaborate, star-studded pantomime. This year's "Dick Whittington" features West End superstars Elaine Paige, Julian Clary, and Charlie Stemp. The Hackney Empire is staging "Cinderella" starring Aisha Jawando, who recently appeared in Motown the Musical and Beautiful. This pantomime has a reputation for being distinctly local and diverse. On a more intimate scale, Charles Court Opera's "King Tut" runs at The King's Head, a pub theatre known for its high-quality original writing and queer theater.

Family Shows
There are plenty of Christmas shows suitable for families that aren't pantomimes. Battersea Arts Centre and experimental company RashDash share their "Snow White and Rose Red" with ages 5+. A young family prepares their home for Christmas in circus show "The Ramshackle House"at Stratford Circus Arts Centre, and the 20th anniversary production of wordless dance show suitable for all ages, "The Snowman,"  flies into the Peacock Theatre. Restored Victorian music hall Wilton's presents mystical "The Box of Delights" to kids aged 6 and up. There are two notable "A Christmas Carol"'s this year - Middle Temple Hall's version is for ages 6+, and the Old Vic's, by Jack Thorne and featuring Rhys Ifans, is for 11-year-olds and up.

Seasonal Shows For Adults
Not everyone wants to see child-friendly work, of course, and some theaters go for darker, more adult tales for the holidays. Acclaimed company Kneehigh bring their adaptation of Günter Grass's wartime "The Tin Drum" to Shoreditch Town Hall. Shakespeare's Globe goes for cabaret in their Sam Wannamaker Playhouse with "Meow Meow: Apocalypse Meow". Fringe legend Jonny Donahoe brings "Thirty Christmases," a show about families, politics, and a missing father to New Diorama Theatre. At the Bunker, you can find "FCUK'D," a story that reminds us that Christmas is hard time of year for those living in poverty.

Other Hot Tickets
And in case you don't celebrate Christmas, there is always plenty to see that isn't seasonal. "Hamilton" opens in December, the National Theatre's "Follies" has received a lot of praise, and Syrian writer Liwaa Yasji confronts wartime propaganda in "Goats" at the Royal Court.

Have you seen a Christmas panto? Tell us about it in the comments!
Previous
Next