Your Guide To Theater Camps in the NYC Area

We're creating an ongoing list of theater camps that are available for kids of all ages in the NYC area. Check back frequently for updates. 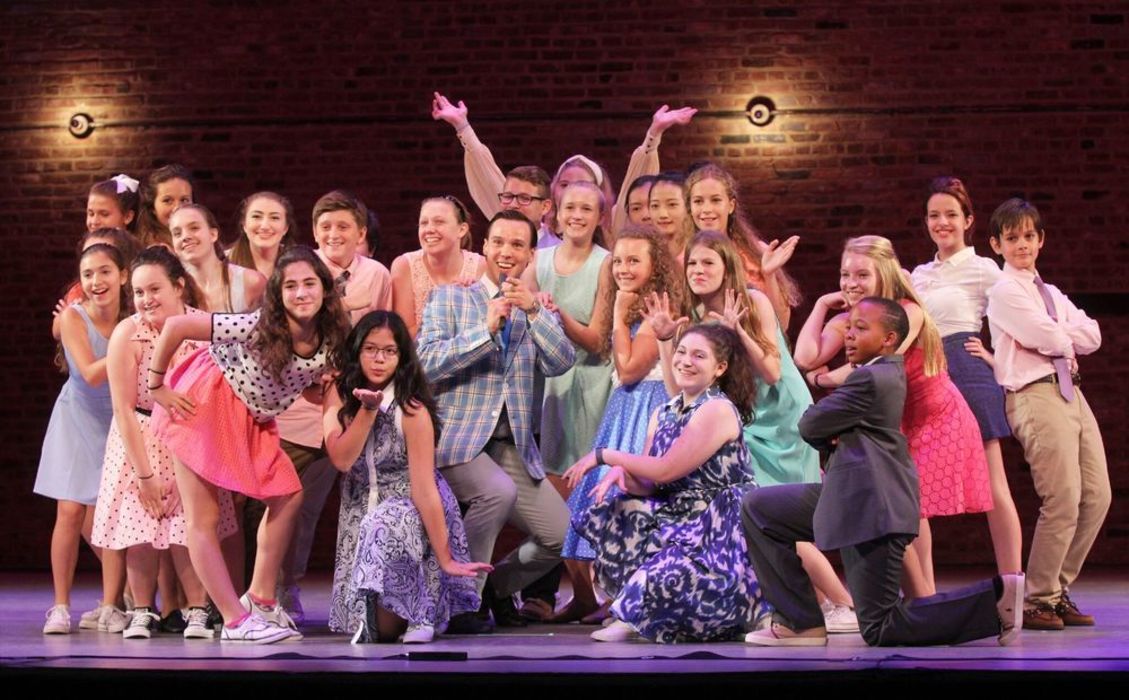 Get excited for Summer Theater Camps | By Camp Broadway

If your child is an aspiring thespian, then NYC almost certainly has a theater camp he or she will enjoy. We're maintaining and regularly updating this list with camps in and round the area.

When comparing camps, keep a few things in mind:

Admittedly, it's hard to compare camps since they vary so much.  Hopefully you'll know someone whose child has attended that camp.  Also, feel free to  join "Show-Score Parents," our private Facebook group for parents who love theater for their kids.

Please use the comments below to tell us about camps we've missed, so everyone benefits.  We also welcome links to other articles that list summer theater camps, and not just in Manhattan -- we have lots of members in other locations

You can also read our Theater Camp Reports, which give you more detailed information on specific camps.

Camp Broadway is one of the longest-running day theater camps, with sessions in NYC and across the country. There are three summer programs aimed at different ages, but all include master classes with Broadway artists, Q&A sessions with industry professionals, tickets to a show, and other extras. They've won a special Drama Desk award, and they are fully insured.

Broadway Workshop has a wide range of individual and intensive classes designed for the serious child wannabe, as well as a single week in August that's more like a typical "theater camp" (which is the session we used for this article).  Other sessions this summer are for kids who have an "extremely strong passion for the performing arts" and include meetings with casting directors and other theater professionals.

This program offers professional theater training for kids aged 8 to 18, and their list of graduates is insane. There are two options for the summer: the Junior Production Intensive and the mainstage production of “Spring Awakening”.  Auditions are required and are coming up very soon! It's competitive, but for high schoolers who get into the mainstage show and are chosen as mentors, it's free.

A Class Act is an intensive program for kids looking to jumpstart a career on Broadway. Offering classes for kids aged 5 to 18, A Class Act caters to all skill levels, separating its students along these lines. They are open to all, with only their Pre-Professional Program, requiring an audition. They also offer a Willy Wonka Camp with Rebecca O’Sullivan, a lifelong professional singer and actor.

Ages 7-13. No audition required. $600 per two-week session, with discounts available for siblings.

Polaris presents youth-theater productions throughout the year, but the summer camp production does not require an audition. (The other production do.) Recent summer sessions have included productions of "The Lion King" and "Seussical." (Read our full report on this camp!)

Ages 10-18. A telephone interview with parents is required for all campers. For 10 year-olds, an in-person interview is also a must. Most two-week sessions are just over $1,000.

This unique camp for funny kids lets campers write and perform original comic material, and the final performance includes a stand-up set at Gotham Comedy Club. Kids with no performing experience are welcomed to participate. (Read our full report on this camp!)

TADA! Youth Theater - Chelsea and the Upper West Side

TADA! hosts a series of weeklong camps in three locations in Manhattan. You can book as many or as few weeks as you want, and each session has a different theme that culminates in a roughly 20-minute performance. Kids write the scripts, and the final pieces incorporate preexisting songs from musicals.

Over five weeks (July 5 - August 4), a very small group of kids (15 campers max) write and ultimately perform their own hour-long show. They study acting, singing, dancing, and playwriting every day, and enjoy special one-off classes, like puppet making. The cost per day is relatively low, and half of the kids are on scholarships.

Unlike many theater camps, the Atlantic’s acting school is focused on straight plays, not musicals. That makes sense, since the prestigious Atlantic Theater Company was founded by artists like David Mamet and William H. Macy, who are known for their work in non-musical theater. There are multiple programs to choose from, each geared toward different age ranges.  Keep in mind that programs vary in duration -- from one to four weeks. 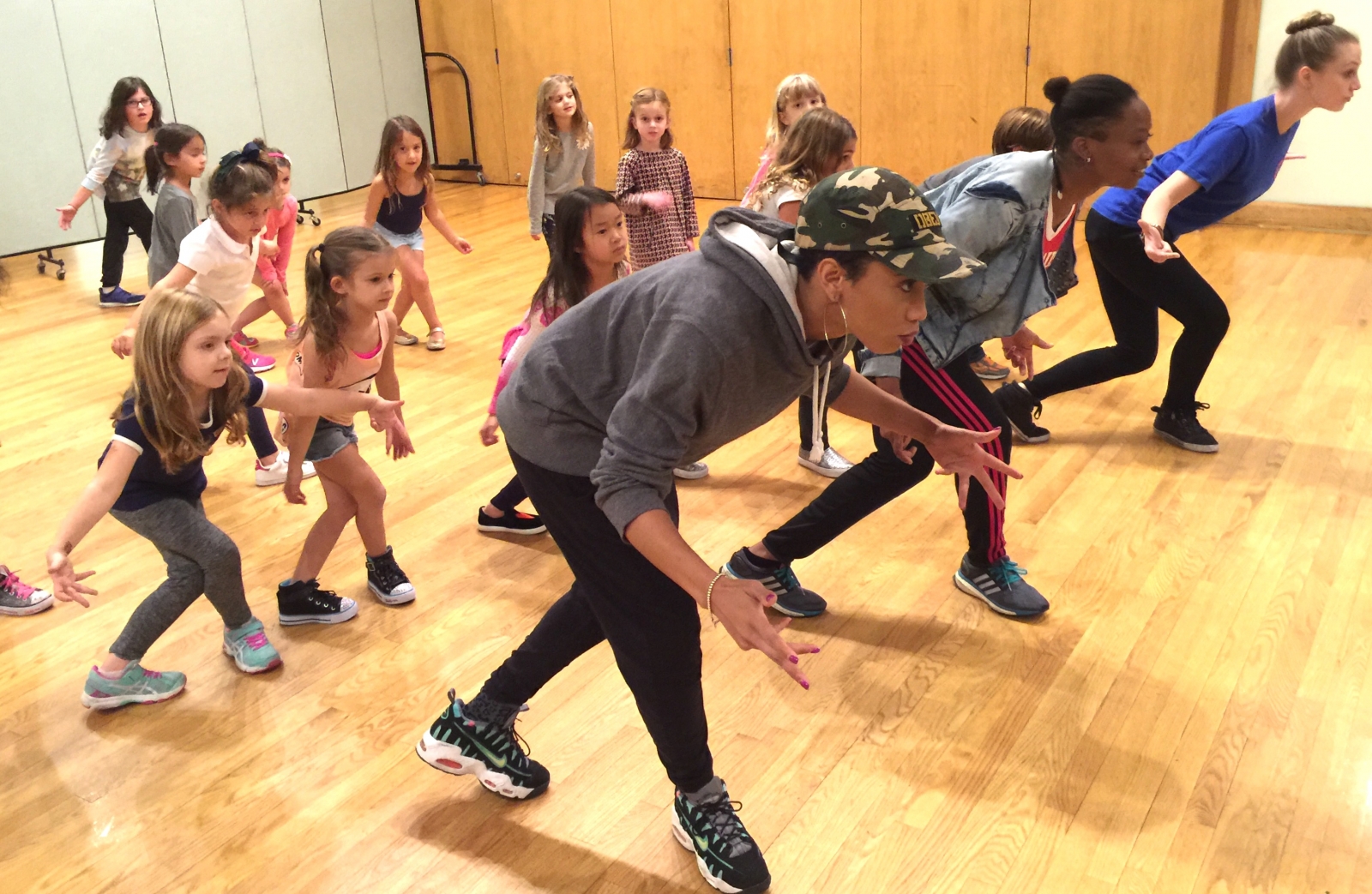 Applause New York runs weekly programs throughout the summer, segregated by narrow age ranges.  Programs include a normal mix of various disciplines.  They also offer a five-day intensive in the Hamptons in August, though it's by invitation only.

Creative Stage offers dynamic summer programming for young actors and musicians alike. Musical Theater Builders allows campers to build their own musical over the course of the week, from brainstorming the story to creating the script and song lyrics. Instrumental Story Tellers supports young musicians (kids who already play an instrument or have taken voice lessons) as they create a multi-disciplinary musical revue. Both programs end with a performance for friends and family. Read our full report on this camp!

Whether your grades K to 4 camper is looking for a fun week of theater games, voice and movement exercises, and musical fun, or your grade 4 to 9 camper is looking for some serious fun with musical theater training, Play On! Studios offers dynamic programming all summer long and in three different locations. Kids create an original show each week to share with friends and family on the final day. Read our full report on this camp!

Catering to campers aged 4 to 18, USDAN is a well-known arts camp (including theater) with excellent facilities, celebrating its 49th year. USDAN connects its students with actors, directors, playwrights, painters, sculptors, musicians, composers, dancers, poets, and novelists with the goal of producing an original work that campers can perform at the end of the session. Boasting over 1,500 attendees with classes ranging from acting to writing to dancing, USDAN has courses lasting two, four, and seven weeks. It offers a more traditional summer camp feel than its Manhattan contemporaries. Bus transportation from NYC is provided.

Do you have experience with any of these camps? Tell us how it went for you and your kids below!

What camps did we miss?  PLEASE add them in the comments below!