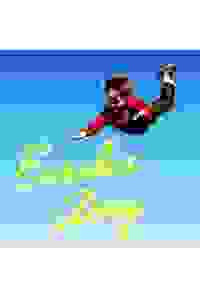 Set at a private school in Berkeley, CA, this east coast premiere from Colt Coeur dives into the vaccination debate and asks: how do you find consensus when you can’t agree on the facts? More…

Carina has just enrolled her son at EUREKA DAY School in Berkeley, CA, where all decisions are made by consensus, diversity and inclusion are valued, and vaccinations are a personal matter. As a freshman member of the private school’s board of directors—one position is always reserved for a new parent so no one gets too calcified in their thinking—she is thrown into the deep end when a mumps outbreak hits the school, forcing parents to choose between their own personal beliefs and what might be best for the community. Opening the discussion up to online trolls during a Facebook Live meeting only moves the committee further away from answering EUREKA DAY’s—and our era’s—most pressing question: how do you find consensus when you can’t agree on the facts?

See it if A very funny show that hits many emotions. If you like a really good show done well.

Don't see it if If you do not like comedies or want a musical or serious theater. Pokes fun at PC people.

Wish I Could See Them All
Syosset
50-64 | Male
671 reviews
Get Alerts Alerts On Alerts Off
95
Relevant, Masterful, Thought-provoking, Funny, Exquisite
September 20th, 2019

See it if Hilarious, exquisitely acted satire of a dysfunctional progressive school board. Poses questions of leadership and how to handle crisis.

Don't see it if You'll be offended by a vaccination conflict and mocking of excessively accommodating attitudes.

Also Brilliant script introduces a surface layer for each character, which then gives way to a deeper (in some cases uglier) layer when tested under pressure. Rumi quotes at the beginning and end of the play point to an overall deeper meaning, as Don's leadership style proves ineffectual.... Read more Read less

See it if A "ripped from the headlines" play that gets it right! Funny, pertinent, opinionated & a little subversive Impartial script aids great cast

Don't see it if Despite the "nonpartisan" nature of the drama both literal & metaphorical, it's lean towards political correctness becomes a bit stultifying

See it if can't get enough of adults doing their best to be open minded & politically correct with everything. Think it's possible? See the play.

Don't see it if you don't like satirical, topical, or provocative plays; seemingly self composed adults hit a snag; 2nd act is a little too long.

Also This is a wonderfully acted, written, directed & staged play. The five personalities are very distinctive & their conversations are as annoying as they are funny. Watching their personas unravel, for various reasons, is fascinating.... Read more Read less

See it if You appreciate a good story well done about an important timely issue.

Don't see it if You don’t like serious theatre

See it if you want to see a satire with underlying seriousness about the response of parents in a Berkeley private school to a mumps scare.

Don't see it if you don't like satire and are impatient with human foibles.

Also This is one of the best plays I have seen this year -- entertaining, timely and thought-provoking.... Read more Read less

See it if Satire on trying to find a consensus, being inclusive & representing diversity in general; the vaccine controversy in particular

See it if well acted topic that is relevant today. funny yet thought provoking. well staged (end of Act 1 is great).

Don't see it if need more of a story than people sitting around discussing/debating ideas.

See it if You want a fairly even-handed take on PC-ness.

Don't see it if You have fixed ideas and don’t want to engage with different points of view.

See it if you value very good acting all around; you find politically correct characters amusing; controversy re mandatory mumps vaccine interests you

Don't see it if Oh, so politically correct characters are of no interest to you; you don't see why there should be any controversy about the mumps vaccine

See it if you want to see an intelligent and humorous production that accurately reflects liberal private school culture.

Don't see it if you want a more ambitious production and/or a more action-packed show.

See it if You need a good laugh at political correctness run amok and possibly at yourself.

Also A very funny play which is simultaneously a send up and a well-balanced debate on everything from belief in science to good intentions leading to unfortunate consequences. The virtual conference call was so hilarious that the audiences laughter drowned out the dialogue as a Twitterstorm raged on a background screen. Another good evening in a theater not on Broadway, not that there's anything wrong with that.... Read more Read less

See it if You like intimate theater with a theme that tackles a modern issue. Well acted - the characters are definitely real.

Don't see it if You want to see a big production or musical. You don't want to watch a current issue tackled.

Also I found this play excellent in every way. Wonderful writing albeit garrulous (as the characters would be,) very strong acting, a great set and a pertinent and interesting problem to be solved-how to please "anti-vaccinators" when an epidemic of mumps breaks out in a private school while at the same time adhering to government regulations and those who are pro vaccine. Individual versus public good. Regardless of good will and best intentions everyone has a backstory which informs their current position and consensus cannot be reached. If all of this sounds like a nightmare committee meeting ad nauseam, it was actually very compelling and provocative with all the characters well drawn and believable. Highly recommended... Read more Read less

See it if You like to see modern mores acted out with a 'hot' and topical subject. If you like to have something to think about after you leave.

Don't see it if You don't like to confront thorny issues and see where political correctness has led us.

See it if you enjoy thought-provoking comedies and want to hear some top-notch writing coupled with a superb ensemble.

Don't see it if you’re not a fan of satire, provocative comedies, or plays about current events

Also Eureka Day is one of the best plays of the year. Topical, hilarious, upsetting, and truly terrific. Jonathan Spector has written a beautiful and compelling play. All of the controversial topics are handled extremely well. It never becomes preachy or tells you which side of the argument is “right.” The characters are believable and layered. All the actors are remarkable - I especially enjoyed Elizabeth Carter and Kate Cullen Roberts. Elizabeth is a grounded force of nature, while Kate has crafted a villain that will make you want to hurl things at the stage. Their final scene in act two was just fantastic. And the final scene in act one is beyond hilarious. Minor quibble: the stickers on the prop laptop were not accurate (I have spent a lot of time in the Bay Area and that sticker combo was a bit cringe). Apart from that, the set design was spectacular. The sound design too - amazing pre-show song choices. An absolute must-see!... Read more Read less

See it if you would like to see a funny, well-written and well-directed show that delicately skewers many of today's PC platitudes and hypocrisies

See it if you like new plays that are relevant, topical and funny.

Don't see it if you do not like plays that poke fun at very liberal ideas while also poking fun at ourselves.

See it if you want to see a clever and at times hilarious, satire centered around the vaccination debate in a Berkley, California private school

Don't see it if if you aren't interested in a play that pokes fun at human pretensions, yet examines what lies beneath in a sympathetic manner.

Don't see it if you are a liberal who can't cop to the fact that sometimes we can be douchey, opinionated and hard to take

Also SO brilliant. SO much fun. SUCH great actors. I recognized every single parent-type on this stage, as will anybody who ever had a kid who attended a liberal private school. Watching overelaborate concern for the sensitivities of others evaporate once an irreconcilable difference of opinion regarding school policy on vaccination came up was just like being back at the ol' P.T.A. Showing the comments being typed by the parents viewing the board meeting from the comfort of their homes morph from pleasant, to bristling, to out-and-out, f-bomb-hurling hostility on a screen behind the actors had us laughing so hard we could barely hear the actors. This playwright has a perfect ear for dialogue, both spoken and online. And while the laughs are very real, so is the social criticism, which is spot-on and dead serious. One of the best plays I've seen all year. And when the play's over, you're in Chinatown, so a great dinner is close at hand. You should absolutely see this if you can.... Read more Read less

See it if you want a strong-ensemble cast to explore parenting and vaccine anxiety from a smart, somewhat-layered point of view

See it if you want to see a play that deals with a current event with humor, irony and complexity. Great cast and direction.

Don't see it if you are interested in thinking too much when you go to the theater. There is a lot going on and you have to be willing to go on the ride.

See it if You want to see a great ensemble of actors, great direction, and the best use of facebook live ever.

Don't see it if you like plays that seem short but have a long intermission and longer second half...Could have been 15 minutes shorter and no intermission

See it if You're interested in a smart, funny look at the vaccination debate that allows each party to say their piece.

See it if you need catharsis with your frustration with the internet, peoples “opinions” as facts, and over the top political correctness

Don't see it if you’re not interested in spending the cash or don’t care to see a static set, dialogue heavy play.

Also Eureka Day is about how we argue. It takes one of the most controversial arguments of our times, the vaccination dilemma, and instead of picking sides, it looks with a sharp and critical eye at our methods of solving a problem through dialogue. When does “PC culture” dictate our decisions as a community? And when do the issues we face require us to abandon the mask of political correctness?

This play attempts to be a mirror for us by throwing nonstop scene after scene of a PTA-style grouping of parents struggling to reach a decision on what to do about the measles outbreak in the local community. With references to Rumi, an incredibly hilarious parody of what it’s like to host a Facebook live discussion, and over-sensitive language filled with modern PC buzzwords, the pace of the show is quick and comical. After it all ends, the biggest question to ask is: Do we need to continue the conversation, or shut up and do something about it?

Colt Coeur
Producer
Get Alerts Alerts On Alerts Off 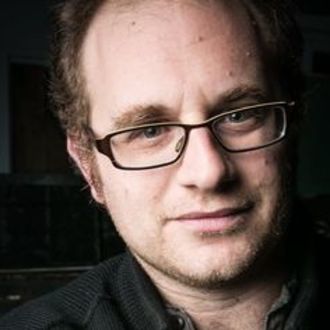 Jonathan Spector
Playwright
Get Alerts Alerts On Alerts Off 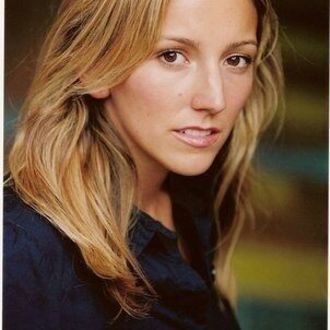