New York City might seem like it has near-limitless options when it comes to celebrating Valentine’s Day, but the truth is that many restaurants, shows, and other typical spots get booked way before February 14. For lovers who also love Broadway, here are five ways you can spend a romantic time with someone in the Theater District on Valentine’s Day. 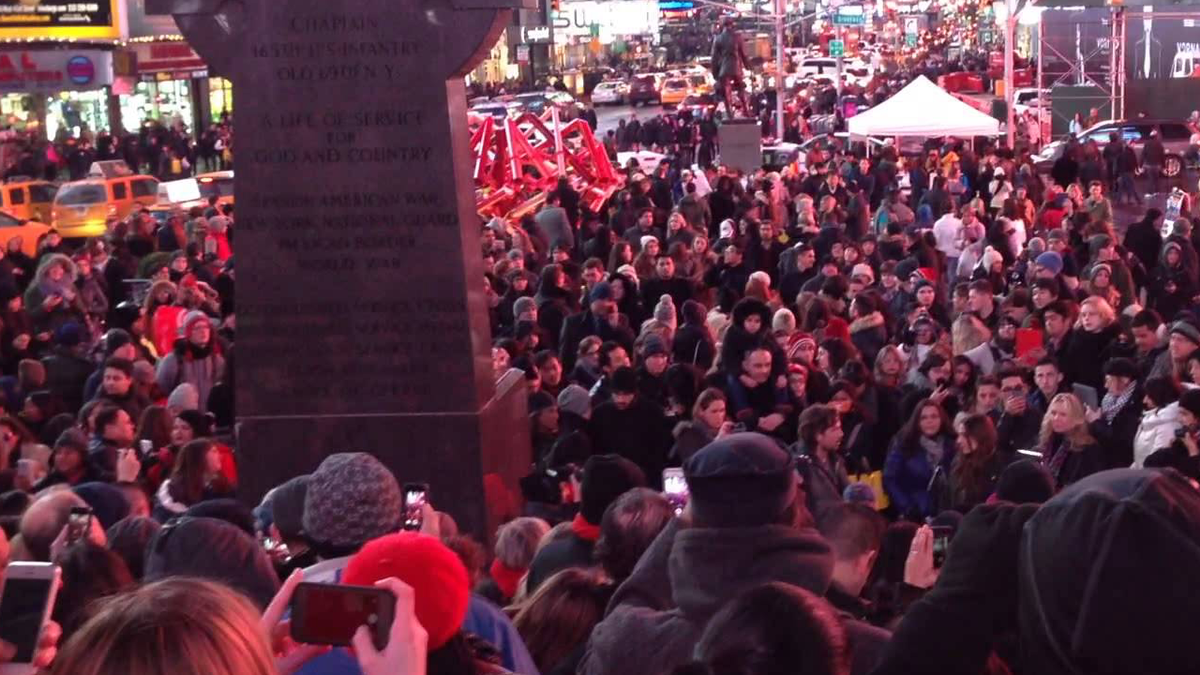 1. See "Significant Other" at the Booth Theatre

("Significant Other", photo by Joan Marcus)

Of course, the best way to do the Theater District on Valentine’s Day is to go to a show.  "Significant Other" by Joshua Harmon (Bad Jews) begins previews on Valentine's Day at the Booth Theatre, and the production is offering pairs of tickets for just $50 for that performance and others throughout February!

This special one-day-only ticket deal is available at the Booth Theatre box office (222 West 45th Street) on Wednesday, February 1 from 10:00 AM to 8:00 PM for select February performances — including the 8:00 PM Tuesday, February 14 performance. Tickets can only be bought in-person and purchasers are limited to two tickets.

The Booth box office will also feature a photo booth for ticketbuyers, those who post their photos on social media will be entered in a contest to win an exclusive meet and greet with the cast backstage at the Booth Theatre!

2. Renew Your Vows in Times Square

It's a tradition for couples to renew their vows on Valentine's Day in Times Square — one of the largest in the world. The free, non-religious group vow renewal takes place at 6:00 PM and will take approximately 10 minutes. The perfect start to your evening plans.

This Victorian-themed establishment is named after celebrated 19th century actress Lillie Langtry. There aren’t many tables for dinner, but there’s usually plenty of room at the bar to try one of Lillie’s delicious cocktails, including the Navy Grog or the French Kiss.

Nominated for a record-tying 14 Academy Awards, "La La Land" looks best in IMAX in Times Square, and will thankfully still be out on Valentine's Day! Even if you and your date already know every line of the movie, with songs written by "Dear Evan Hansen" composers Benj Pasek and Justin Paul, a musical in IMAX is still a thrill.

5. Dinner at the Sanctuary Hotel... and Save with "In Transit"

If you see "In Transit" any time between now and Valentine’s Day, hold on to your ticket stub! Two restaurants at the luxurious Sanctuary Hotel (132 W 47th Street) is offering diners savings from 5:00 to 7:00 PM if you present your ticket stub from "In Transit":

-20% off the regular lunch and dinner menus at Tender when you present your ticket stub.

-Complimentary glass of wine, prosecco or signature cocktail with your meal when you purchase either of the prix fixe theater menus at Haven Rooftop or Tender.

For the menus for these restaurants and to make a reservation, please visit Tender or Haven.