A Timely Look at Malcolm X’s Life and Death

Don’t miss The Acting Company’s poetic examination of the assassination of Malcolm X, March 17 – 25 at The New Victory Theater for as little as $22.50 using code XSCOREF. 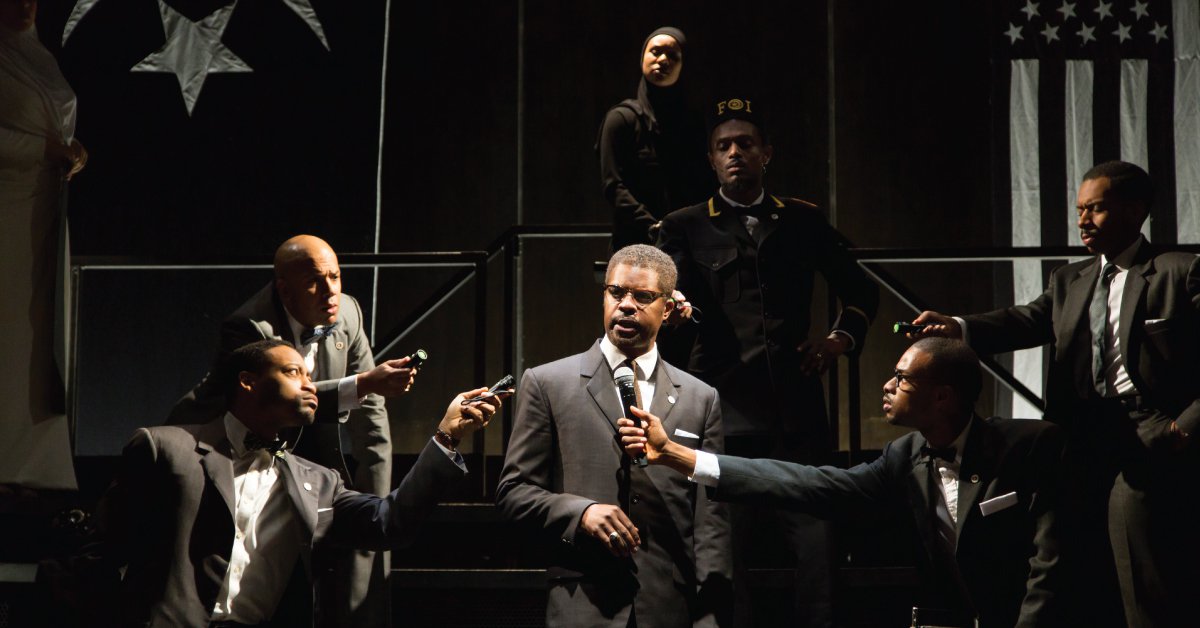 "With X: Or, Betty Shabazz v. The Nation", celebrated playwright Marcus Gardley has interpreted the events leading up to Malcolm X’s assassination into a lyrical new play. We asked Gardley about what inspired him, how the play took shape, and how he’d like the story of Malcolm X to be interpreted by the teenagers who are about to experience it at The New Victory Theater. Check out his answers below!

Why write a new play about Malcolm X? Why now?

For me, Malcolm is a figure that looms larger than Caesar. He is the underrated American hero, and his story needs to be told many times. He hasn't gotten the honor that his legacy deserves. I knew instantly that I had to do it. So I felt that it was my responsibility to tell his story. This play is not about his death, it's about his life.

Why are you interested in telling Malcolm X’s story within a fictional framework?

I put the play in a fictional time and in a fictional courtroom because in a realistic situation the truth would never have its day. Sometimes, only in the reflections and shadows of our reality can we truly see ourselves.

Click here and use code XSCOREF to save 20% off select Orchestra and Mezzanine seats.

What do you hope young audiences will take away from seeing this play?

I think older generations have done a poor job of talking about the complexities of who Malcolm X truly was—he is seen as a 1960s icon who was simply an angry militant. Young people are not turned off by his message in the same way, nor are they frightened by race and revolution. Moreover, I think young audiences can carry Malcolm's legacy and philosophy into the future as a means for positive social change in our world.

If you had to give one piece of advice to NYC teens, what would it be?

My advice to young people is to actively pursue the art of being a good, global citizen. The world is getting smaller. People are suffering. Life is short. All we have is each other. Why not love and defend those in need. It costs absolutely nothing and the benefits are priceless.

Exploring the tumultuous landscape of religious ideology and activism in the 1960s, "X: Or, Betty Shabazz v. The Nation" dramatizes various events in the life of Malcolm X including his relationships with his family, friends and the leaders of the Nation of Islam and his untimely death by assassination.

The Arizona Republic reports that "X": “fills the theater with a buzz of big ideas and big emotions.” With only 6 performances on the New Victory stage, the time to experience this story is now.

Excited to see "X: Or, Betty Shabazz v. The Nation"? Let us know in the comments!