Best Actress in a Featured Role in a Play

Who’s Ahead in the Tony Races? We analyzed the odds for "Best Actress in a Featured Role in a Play!" 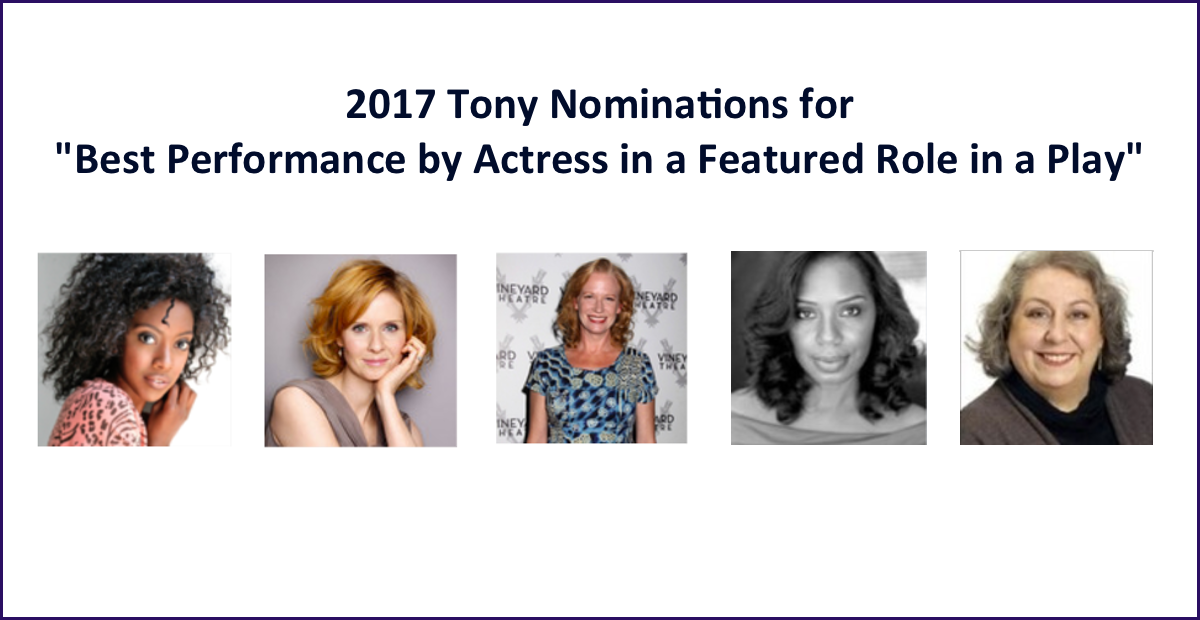 Working For Her: Tracey’s really the co-lead character in Lynn Nottage’s play about a community of factory workers that’s torn apart when their plant threatens to close. Her slow burn of anger -- toward her bosses and eventually her friends -- is both terrifying and devastating.

Working Against Her: The other co-lead in “Sweat” is also nominated in this category, and they may split the play’s votes.

Working For Her: Fresh off winning in this category last year for “The Humans,” Houdyshell gives yet another brilliant, deeply empathetic performance as Anne Marie, the domestic worker who was forced to raise her mistress Nora’s children after Nora walked away. It’s almost unfair how great Houdyshell is in everything, and when they remember her transition from heartbreaking stories about her own children to a hilarious barrage of curse words about Nora’s behavior, voters may reward her yet again.

Working Against Her: She did just win, after all, and she’s not the only nominee from her play in this category.

Working For Her: Nixon and Laura Linney are swapping roles on alternate nights in this revival of Lillian Hellman’s play about a self-destructive Southern family. Nixon was wisely submitted for Tony consideration for her work as Birdie, a skittish sister-in-law who tries to drink away bad memories. She’s fragile and thoughtful and occasionally spunky, and she nicely balances the showier roles in the play.

Working Against Her: Compared to the other characters here, Birdie’s awfully weak and needy. It may be easier to vote for a role with more backbone.

Working For Her: Rashad is only 30, but this is already her third Tony nomination, this time for playing the quietly furious daughter of a woman who left her family behind in the name of finding herself. Beyond the industry’s obvious enthusiasm for her work, she brings a strange, fascinating energy to this play, choosing to keep it quiet when everyone else bellows. People remember that kind of impact.

Working Against Her: Some people may find her choices a little too strange. Of all the nominees in this category, her role is the smallest, so even if voters prefer “A Doll's House, Part 2,” they may opt for Houdyshell, who gets more stage time.

(5) Michelle Wilson as Cynthia in “Sweat”

Working For Her: Like Day, she’s really the co-lead, and as the plant worker who gets an unexpected promotion (then suffers equally unexpected consequences), she’s got the more sympathetic role.

Working Against Her: Same as Day -- those votes might get split.

THE BOTTOM LINE: This might be the strongest acting category of the year. Any one of these women could win, and they’d all be worthy. However, as Show-Score members overwhelmingly believe, Nixon will probably take the Tony: She’s not competing with her own cast mates, and the fact that she’s alternating between two roles makes her work in this production especially impressive.

AND THE WINNER IS: Cynthia Nixon, "Lillian Hellman's The Little Foxes"