Theater camp gave my child an opportunity I wish I'd had. 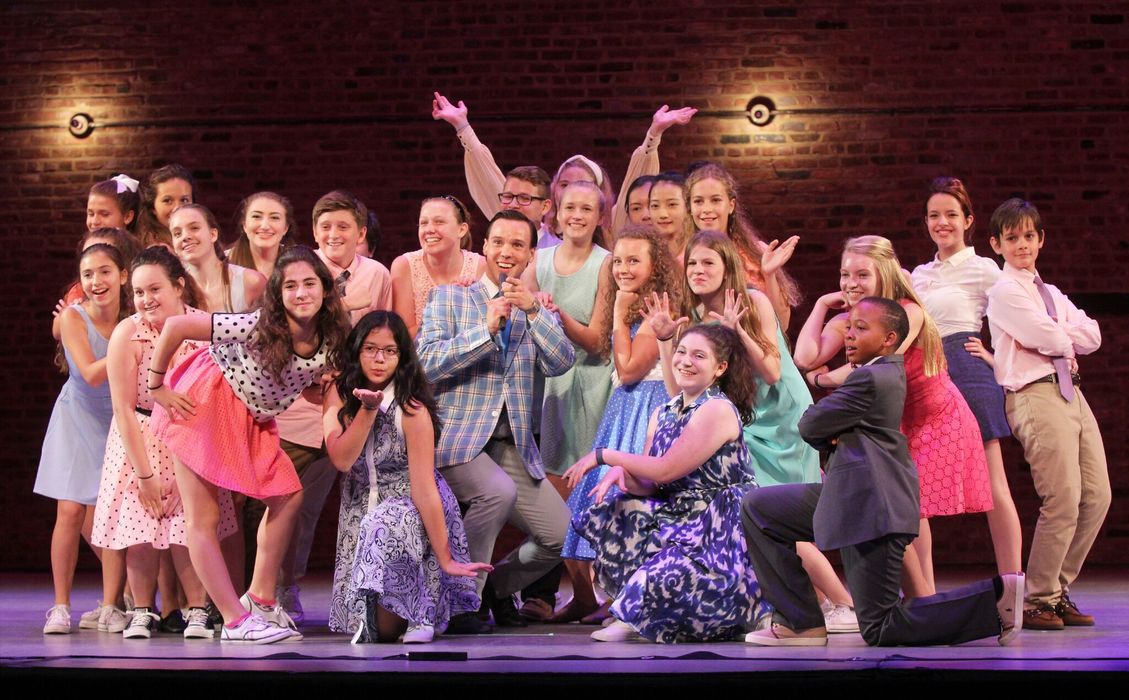 Growing up on a tiny island in the Pacific, my sister and I were a long way from 42nd Street.

Geographic obstacles aside, some of our best childhood memories are of Broadway. I can still remember sneaking into my parents’ laserdisc collection (hello, 1989!) to grab one of our favorites — inevitably “The Sound of Music” or “A Chorus Line”. The heavier stuff (like, you know, Nazism and daddy issues) took a back seat to the allure of goat marionettes and gold top hats. All we needed was a singular sensation or a drop of golden sun!

Every theater fan has a memory like this — that delicious moment of first love, when you fall hard and fast for the stage. What comes next for many kids though is the hard part — finding your kin, your kindred theater geek spirits, who feel equally compelled to burst into song.

This is why I love Camp Broadway. If you don’t know anything about Camp Broadway and you’re a parent of a budding theater fan, here are three reasons why you should keep reading:

1. You don’t have to be the next Idina Menzel or an aspiring Rachel Berry:

Every little theater lover deserves a fantasy­ camp experience where they can work with real, working Broadway players on professional stages. Camp Broadway delivers on this idea. It is, at its core, a safe environment where theater lovers can fuel their passion for the stage, regardless of skill, previous experience, or knowledge of Barbra Streisand!

2. Camp Broadway knows and shows that the WHOLE world is a stage:

My sister (who turned out to be a killer soprano BTW) always loved the spotlight, whereas I excelled in costumes and stage design. Camp Broadway celebrates the role that every child has to play, and helps them find (and love) the one that’s right for them. While 3 former campers are performing in Broadway shows this season (the inspirational Ali Stroker, Adam Kantor, and Christopher Convery), many more have found success in related careers, like production and broadcasting.

3. Because right now, the world could do with a lot more peace, love, and understanding:

Campers are steeped in an experience where teamwork, collaboration, respect and camaraderie come naturally. Rather than feature a few star players, campers work in an ensemble setting to produce their shows, eliminating unhealthy competition and grappling for the spotlight. It’s all part of the Camp’s philosophy, and maybe the reason why they were recently honored with a Special Drama Desk Award for “playing a crucial role in creating tomorrow’s audiences”!

Ultimately, as a mom, I’m grateful that Camp Broadway exists to give little theater lovers like mine an opportunity that I never had.

This post is sponsored by Camp Broadway. Camp Broadway’s New York City session will be held from July 11-­15. CLICK HERE to learn more, and to register your theater-­loving child today.

Tell us when you first fell in love with the stage in the comments below!