Colleen Ballinger goes from YouTube to Broadway in Waitress 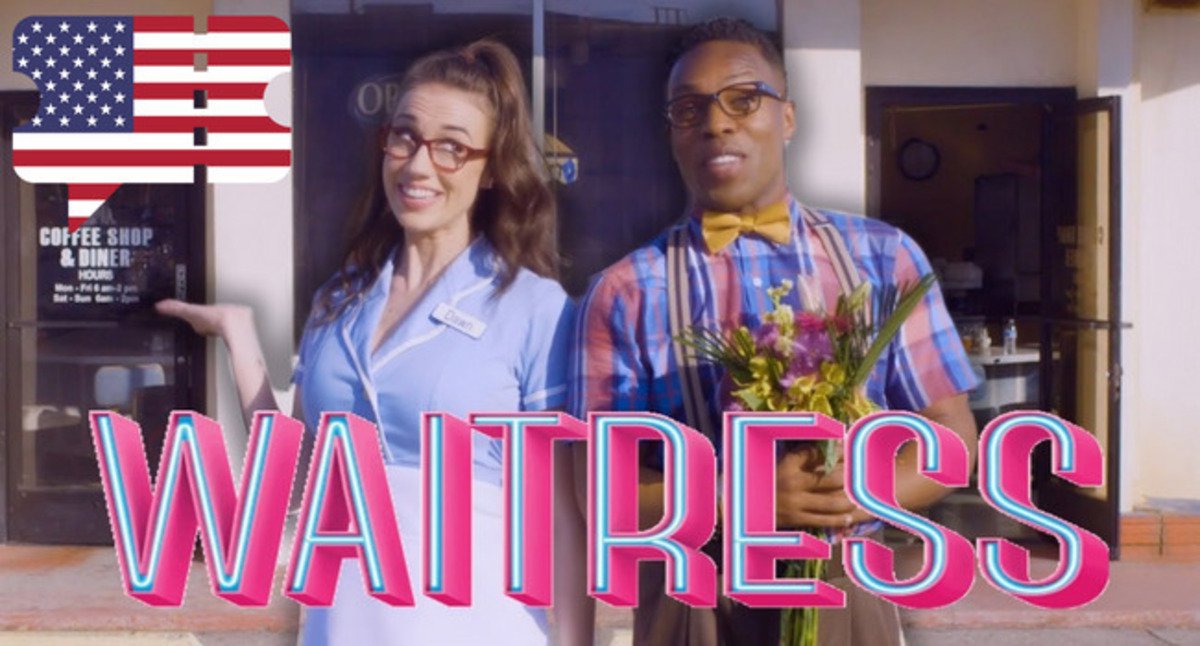 Colleen Ballinger tried to get to Broadway for years when she lived in New York. She went to open auditions and callbacks, succumbing to the grind of an actor’s life.

Then her career took a turn: She became a YouTube phenomenon in Miranda Sings, a bratty, boastful musical theater personality Ballinger created that has since spawned almost 11 million YouTube followers, a TV show, two books, and a tour.

That’s when Broadway came calling: Ballinger will make her Broadway debut in “Waitress” as the sweet, spunky Dawn, a young woman stepping into her own and new love. She’ll be in the show, Aug. 20-Sept. 15.

She’ll be joining her fellow YouTuber, friend, and Broadway veteran Todrick Hall, who will be playing Dawn’s love interest Ogie, in the show, and she’s excited to be a part of the theatrical community in New York.

“When I first started out doing Miranda shows in New York City years ago, the Broadway community was so supportive. They would come to my shows. They would perform with me,” Ballinger said, hinting that Miranda also might pop up backstage at the Brooks Atkinson Theatre. “I'm really really excited to go immerse myself in theater culture with all those wonderful, talented people.”

We chatted with Ballinger about why she loves musicals, how she identifies with Dawn, and which show she thinks Miranda should do on Broadway.

You have a theater background and have been vocal about your love of “Waitress.” How did you get cast in the show?
It was a very bizarre experience. I actually got an email from my agent, and he doesn't know much about musical theater. So he's like, "Oh, you were offered a part in a play." And I was like, "What a play?" He didn't say it was a Broadway show. He didn't say it was "Waitress.” And I looked at him and was like, "Oh, my god! This is 'Waitress'! It's my favorite show." I didn't even think it was real. It was a very bizarre experience. I sing a lot of "Waitress" on my YouTube channel, and I think they had seen a lot of me singing all the music from the show. And I tweeted about the show a lot and post about the show….The stars aligned and it all kind of worked out. And I'm shocked because I've spent my whole life training on how to audition for shows, and then my first Broadway role came through an email, which is just insane to me.

You’ve been a huge “Waitress” fan, but before you came to New York, you’d never actually seen the show.
I can't believe it. I loved the show. I've listened to the soundtrack a million times. That’s how I always became obsessed with shows growing up is I would just buy the CD. I read the lyrics on like the little CD pamphlet thing with my little boombox in my bedroom growing up. And so I kind of still enjoy theater that way. I just listen to the soundtrack over and over and over again because I don't get to see Broadway shows often. I go to New York a lot for work, but I'm usually in and out of there really quickly, so I don't have time to see shows. I do love it. I can't wait to see it.

Have you gotten to work with Sara Bareilles yet?
No, I have not worked with Sara. I would die to work with Sara. She's a genius. I love her stuff. Right after my baby was born, I was singing "She Used to Be Mine" to him and "Everything Changes,” two songs from "Waitress.” And, I was singing to him on my ukulele, and I was weeping because I was just so happy. I loved my baby and the music was so pretty. And I had tweeted a video of me singing the song, and Sara retweeted it and I lost my mind. And that was in December and I was like, "I can't believe Sara retweeted me. She knows who I am." And I was like freaking out. Little did I know, a few months later I would be in her show.

What do you love about Dawn?
I think Dawn is so adorable. I've always been attracted to the more comedic, quirky roles in shows. I actually heard Sara Bareilles's version of the show before I heard the Broadway cast recording, and when I heard, "When He Sees Me,” I couldn't even finish the album for a couple of days because I just kept listening to that song on repeat. So the first thing that actually led me to love the character of Dawn was her song. It’s my favorite song in the show, and I feel it's very relatable to a lot of people, but especially to me. What if they don't like you? What if you disappoint people? That feeling is very relatable to me. But also her awkwardness and how sweet she is. I really just love the character so much. And I hope I can do her justice.

What parts of yourself do you bring to Dawn?
I definitely want to bring my own little spin to the character...I definitely see her being really awkward and really sweet. So I hope I can bring the sweetness of Dawn and the awkward comedy out. Everyone knows me as Miranda, and so that's the kind of awkward they've seen from me is that kind of bratty, awkward girl. And so I'm hoping to bring this new character out that no one's seen me do yet. I haven't played another part other than Miranda in so many years. So I'm excited for the challenge.

Would you dreamcast her in any parts or any roles on Broadway?
I feel like Miranda might do well in "Mean Girls.” That would be funny. But I don't know, I think she would be horrible in any part, which means I wouldn't want to see her in anything. But also it kind of makes me want to see her in everything. I’m sure that when I'm with the cast backstage of "Waitress" I might play around with Miranda singing some of the songs.

You and Todrick have been friends for a while and have done a lot of videos together. Do you have a favorite?
I think my favorite video we've done together is when we tried to kiss, which was super awkward because obviously he's gay. And we're not attracted to each other and we're best friends. So it was one of the most awkward experiences. But the video is so funny and so uncomfortable. And so it's funny now that we're going to be playing love interests. So we have to force ourselves to have that chemistry now, which I'm sure will be great and easy because we got that first awkward kiss out of the way on camera.

What was the first Broadway show you saw?
I didn't go to New York until I was 18 or 19, and I saw "The Drowsy Chaperone" with Sutton Foster. And Sutton Foster was my idol growing up. I adored Sutton Foster. I cried when I sat down in the theater. We were in the nosebleeds, like in the back of the balcony. I opened up my Playbill and I saw her headshot and her bio, and I sobbed just looking at her face. That’s how much of a theater nerd I am. I cried the whole show. It's "The Drowsy Chaperone." it's like a funny, silly musical. I was sobbing the whole time because I couldn't believe I was seeing a Broadway show.

What got you interested in theater?
I grew up going to theater. I always loved to sing and dance and perform. But I started going to community theater shows with my grandfather when I was a really really little girl. And I loved it. He had tons of grandkids. We had a really big family, and I was the only one who would go to theater with him and sit through the whole thing. So that was kind of our date. We would go every single time there was a new musical in our town, a community theater, a traveling show, whatever; Grandpa and I would go together. And I adored it. And he would lean over to me at the shows and say, "You're going to be on that stage one day." You know, he was very encouraging and supportive of me being a performer.

That's kind of what started my love for it. And then I started singing lessons and started auditioning for stuff. And the only thing I listened to my whole life, all through high school, all through junior high, everything, is only musical theater. I didn't listen to any radio. I didn't watch much television or movies. I just listened to theater in my bedroom. So this is definitely a dream for me.

Get tix to see Colleen Ballinger in "Waitress" on Broadway.