Disney has created some of Broadway's biggest hits and Broadway sensations. Learn about Disney's theatrical Broadway songs with Show Score. 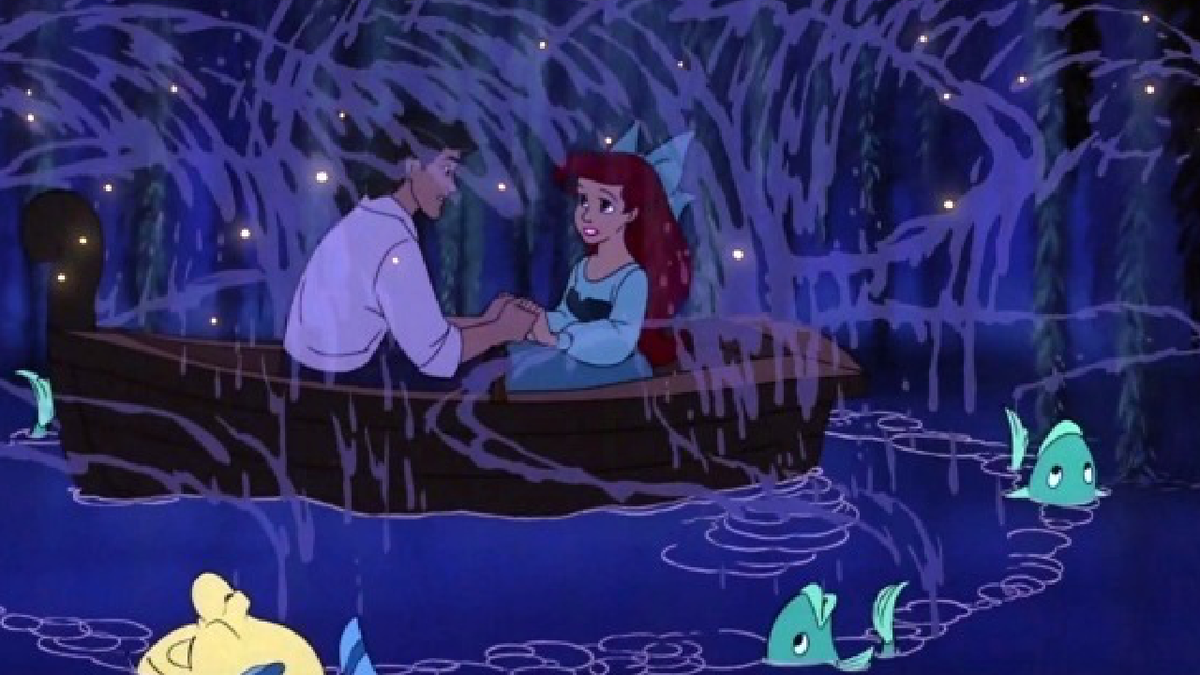 screencap from "The Little Mermaid" | By Walt Disney Pictures

Alan Menken and Howard Ashman didn't write "Proud of Your Boy" specifically for the Disney Broadway musical "Aladdin". It was cut from the movie when the storyline about Aladdin's mother was taken out. Fortunately, this beautiful song was finally able to get the audience it deserved when it was repurposed for the Disney theatrical production.

Beauty and the Beast

Of all the Disney shows on Broadway, "Beauty and the Beast" was the first. This Disney Broadway musical gave us a lovely new song, "Home," for Belle to sing when she agrees to take her father's place in the castle. Other highlights include "If I Can't Love Her," sung by the Beast, "Maison des Lunes," sung by Gaston, LeFou, and D'Arque, the asylum caretaker, and "Me," Gaston's hilariously self-involved marriage proposal.

Show-Score members feel strongly about Disney Broadway musical "The Lion King", giving it a whopping score of 92! That makes it the highest rated to our members among Disney shows on Broadway. A lot of that has to do with Julie Taymor's vision, but the added music by Lebo M., Hans Zimmer, Mark Mancina, and Jay Rifkin, especially "They Live In You"/"He Lives In You," "Endless Night," "One By One," and "Shadowland" certainly helps.

One of the only flaws of this movie classic is that Prince Eric doesn't have a song, but the Disney theatrical production fixes that with "Her Voice". Though you can't forget about the fun "She's In Love" and the diva-licious "I Want The Good Times Back"! "The Little Mermaid" is definitely a memorable addition to these Disney shows on Broadway.

The music of the 1964 film Mary Poppins, written by the legendary Sherman brothers, is practically perfect, but composer George Stiles and lyricist Anthony Drewe had the unenviable task of writing new songs for the Disney theatrical production to sit alongside those classics. One of those, "Temper Temper," is a delightfully creepy song in which the toys come to life, adding a dark side to the Disney Broadway musical. On the opposite end of the spectrum is the optimistic "Anything Can Happen".

The Disney Broadway musical "Newsies" gave Jack Kelly a new love interest, female journalist Katherine Plumber. Her number "Watch What Happens," about making a difference through journalism, is especially timely and empowering. This is one Disney show on Broadway you'll want to check out.

Tarzan was not the most successful Disney theatrical production, but you can't argue against the casting of Tony winner Shuler Hensley as Kerchak. He and Merle Dandridge brought a lot to some of the added Phil Collins tunes: the sweet duet "Sure As Sun Turns To Moon" and the emotional "No Other Way." "Different," in which Tarzan tries to figure out why Jane is similar to and unlike him, is another cute addition to the Disney Broadway musical.