Last Sunday’s stirring “Game of Thrones” finale may have answered some big questions, but one question left decidedly UNanswered is the one that we here at Show-Score have been wrestling with the most. Namely, what would each character’s favorite Broadway show be? 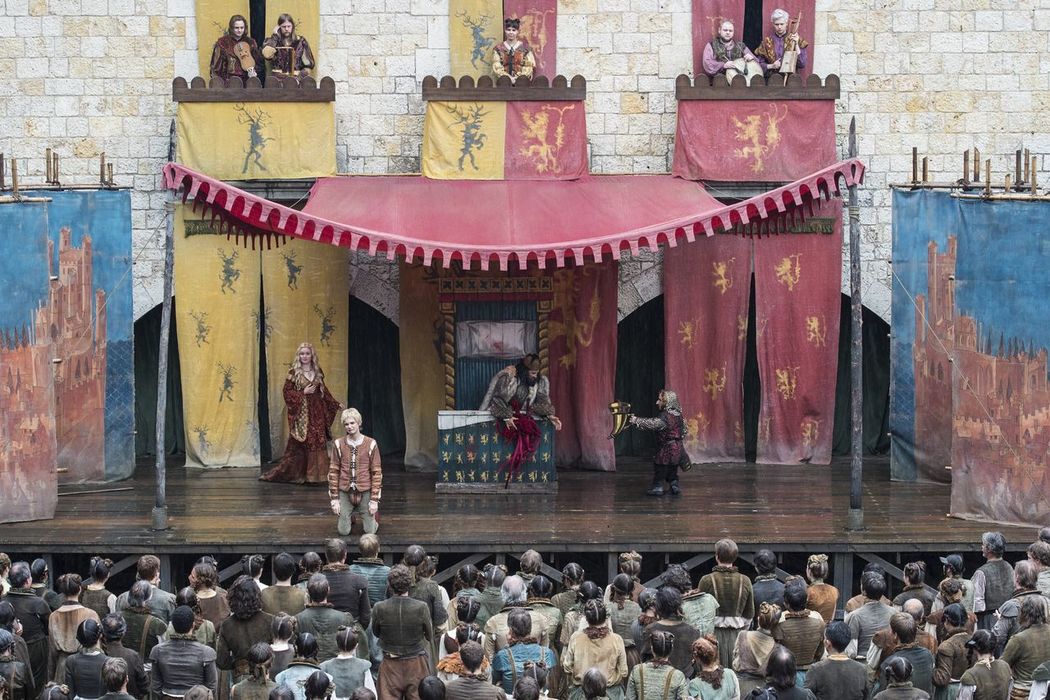 Please note — I won’t reveal any details from the finale, but if you’re not otherwise caught up, beware! I’ll let our first subject give the official warning:

The musical retelling of the “Wizard of Oz,” which delves in the backstory of the Good Witch and the Wicked Witch, would be a natural fit for the Red Witch. “Wicked” shows us that the Wicked Witch Elphaba wasn’t always so wicked, and that there are two sides to every story. If anyone could use some similar PR rehabilitation, it’s the lady who burned a young girl alive as a sacrifice to her fire god, and still lost the battle.

This master of plots and political intrigue would feel right at home in the scheming world of our “10 dollar founding father without a father” and his peers. But perhaps more importantly, Tyrion would choose “Hamilton” because, if there’s anything that he has shown us by siding with Daenerys, it’s that Tyrion likes a winner.

Being a serious man with a strong moral code, Snow would have fit in just fine in Puritan Colonial America. “The Crucible’s” John Proctor is a profoundly honorable man who was led astray by lust. Seeing as Jon grew up being told he was the product of the usually righteous Ned Stark’s liaison with a commoner, I’m guessing this story would have some particular resonance. And besides all that, this production features a LIVE WOLF ON STAGE, and what’s more House Stark than that? Nothing. That’s what.

Ok, so this one is almost unfair, since everyone’s favorite child assassin is the only character who actually went to the theater this season, so we know exactly what kind of theater she likes. And what she likes are history plays in verse. She loved Lady Crane’s compelling naturalistic performance in the theatrical retelling of the recent history of the Seven Kingdoms, and I’m sure would have been similarly enamored of Tim Pigott-Smith’s fine work in “King Charles III’s” imagined future verse history of British Royalty. Of course, unlike Lady Crane, Pigott-Smith was surrounded by a stellar cast, and didn’t, I hope, have to worry about death by understudy.

Another case of no guessing required. We were able to contact Ser Pounce’s representatives, who informed us that the Ser has been unmoved by this year’s Broadway offerings thus far, but that a certain show beginning previews July 14th has caught his eye…

Agree with our selections? What would be your favorite/least favorite character’s pick? Let us know in the comments!