Get to know Michaela Coel a bit better 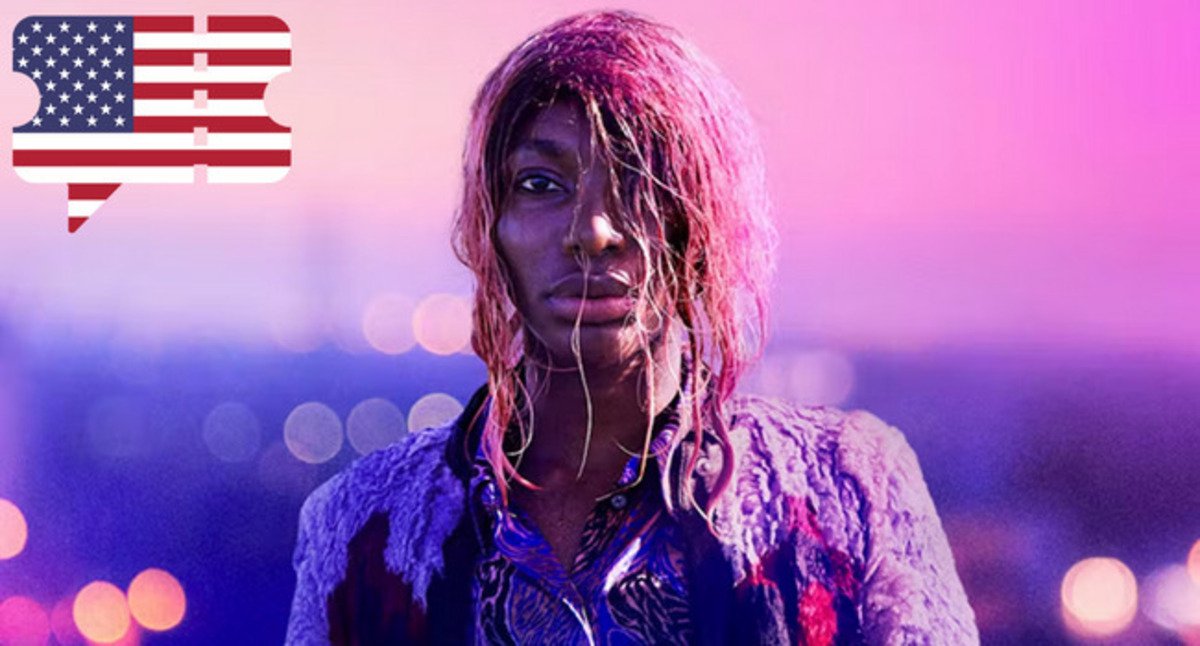 Michaela Coel in I May Destroy You | By (Photo: BBC Pictures)

All of this recent Coel Chatter (we'll trademark that later) has got us reminiscing on the start of her career, her time in the theater, and the many spotlights she's stood under. Before pressing "play" on the next episode of I May Destroy You (on HBO in the U.S. and BBC in the UK), get to know Michaela Coel a bit better below.

She got her start as a poet.

Let's start at the very beginning. Coel was born in London to Ghanian parents. She grew up in East London, went to college for English Literature and Theology, and then she dropped out — because she found God.

Religion is the reason Coel became a poet, and poetry helped her discover her voice and perform it in front of people for the first time. Here's a part of her first spoken-word piece:

“I’m God’s image in fact / I’m His next top model / I strut the runway of His light with style / His Love, my faith, my strength, His might.”

With this first stab at writing and performing, you can tell that she's going to be a star. At the time, playwright Ché Walker thought so too. Coel caught his eye at different open mics in London and encouraged her to become an actor. It was a good suggestion too, because Coel quickly found that acting was a better creative outlet for her than religion.

She was the first Black woman in her program in five years.

When Coel enrolled in Guildhall School of Music & Drama in 2009 — she was the first Black woman to be accepted in five years. Almost every other student was upper-middle-class and white. That impacted not only her experience day-to-day, but also the work she created at Guildhall and beyond. She talks about this in an excerpt from her Vulture interview:

During one class exercise, students whose families owned their houses went to one end of the room; those whose families didn’t went to the other. Coel was the only one who went to the latter side. She began to understand that her classmates saw her as someone who lacked, but it also made her realize she had an advantage. "The way I looked at myself and my life shifted," she says. "I’ve never had a garden. We never grew up like that. I don’t particularly mind, but I think there is something in growing up in concrete and not understanding putting fingers in soil, growing things, foundation. My family has rented our whole lives. You’re always on fragile ground because it’s not yours. It gives you a drive, an ambition, because nothing is certain. That is a resilience no person with stability can replicate. You can’t forge it. There’s blessings to the struggle.

While at school (in a quintessential 2000s form of expression), Coel created a blog called Michaela the Poet to write about anything and everything. She wrote about her love of performing Shakespeare, and she wrote honestly about the racism she was experiencing at the institution — noting that it was something that hadn't impacted her creativity during her summers at Black theatre companies. Here's a quote about this from her GQ interview:

"It was a real experience, you know, it was very challenging. It was three years of struggle: struggling to understand why I didn't feel safe, but also of bonding with people in my school year that I would've never been able to encounter had I not gone to drama school."

Michaela the Poet was also the name she used as she started performing more and more. While still in school at Guildhall she released two spoken-word albums: Fixing Barbie and We're the Losers. They caught the eyes (and ears) of a lot of people and she performed her work onstage at Wembley Arena, Bush Theatre, and more.

For her final project at Guildhall in 2012, she either had to perform a classic text or write something new for herself. She went with her own words, writing both a two-person script for herself and her classmate Paapa Essiedu and a solo ten-minute scene. In a perfect full-circle moment, the solo script Chewing Gum Dreams grew from a piece of poetry about her own school experiences, into her senior project, and finally it became a 45-minute one-woman show.

The show is about a 14-year-old named Tracey, and Coel played her, as well as the 10 other characters who inhabit Tracey's mind and life. After performing it at Guildhall, Coel took Chewing Gum Dreams around the country, from the Bush Theatre to the National Theatre. The Guardian called it a "firecracker of a monologue."

Coel's a "wonderfully fluid performer," WhatsOnStage wrote. "She may be a dramatic creation, but Tracey is also a way for Michaela – clearly moving onto much greater things – to hold on to something of the person she was back in those Hackney days."

After all of that? She took Tracey to the screen.

Yes, Coel's journey from stage to screen is not unlike that of Fleabag's Phoebe Waller-Bridge, but don't get the two confused. After the success of Chewing Gum Dreams onstage, Coel turned it into her first TV project titled Chewing Gum. For her performance and writing, Coel was nominated for three and won two British Academy Television Awards in 2016: one for Best Female Comedy Performance and the other for Breakthrough Talent.

She's spent a lot of time onstage in London.

Coel's success on screen with Chewing Gum didn't mean that the stage wasn't still calling her name. Even before taking her one-woman show Chewing Gum Dreams to a bigger theater, she'd already had roles in Three Birds at Bush Theatre and Home at the Royal National Theatre, both in 2013.

The following year, it seems like Coel was onstage more than she was off. There was Blurred Lines, a revival of Home, and her acclaimed performance as the Nurse in Medea. All these productions took place at the National Theatre — as did another, bigger run of Chewing Gum Dreams.

And now, there's I May Destroy You.

Since her success onstage and with Chewing Gum, Coel spent a lot of time trying to figure out what came next. Another season of the show that people love? A bigger network that would get her more eyes but at what cost? She popped up onscreen in an episode of Black Mirror, starred in the drama Black Earth Rising, was a guest on RuPaul's Drag Race UK, and said what everyone needed to hear at events. But all the while, she was writing I May Destroy You, using her own experience to breathe life into writer (sound familiar?) Arabella's world.

To bring this new story to fruition — and in another full circle moment — Coel called upon her theater school friend Paapa Essiedu to star alongside her in some of the most honest moments of I May Destroy You. It always goes back to theater, doesn't it?

Watch I May Destroy You on HBO in the US.

Watch I May Destroy You on BINGE in Australia