"Disaster!" Actress Jennifer Simard Loves Her Fans (And Loves Being a Fan, Too!)

At the 2016 Tony Nominees press junket, Show-Score was able to speak to some of Broadway's best! We interviewed actors, directors, and writers to get the fan-centric scoop on what they do. 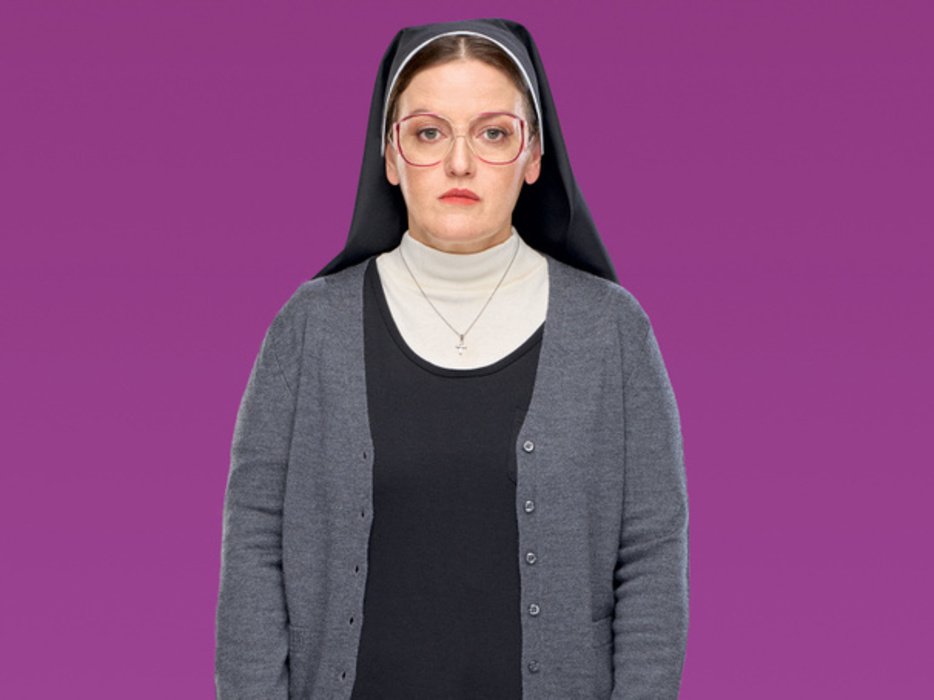 Jennifer Simard as Sister Mary in "Disaster!" | By Andrew Eccles, via Broadway.com

In a show that members have hailed as Funny, Clever, and Hilarious, Jennifer Simard's gambling nun character, Sister Mary, has been an exceptionally entertaining part of the lineup.

So entertaining, in fact, that she was recently nominated for a Best Featured Actress in a Musical Tony Award for her role in "Disaster! A Musical"! We chatted with Jennifer about the response to her performance, her most memorable fan encounters, and her own fan obsessions...

Do you have any memorable fan encounters to share with the Show-Score community?

Yes! The fans of our show, the wonderful art that they create, the fan art! I’m a fan of The Walking Dead and I love the fan art segment and there could be one for our show as well, one of our fans brought a guitar that she had decorated and signed, we’ve gotten photo frames from fans and people who develop T-shirts, and they inspire me in my art, I mean, it’s just exciting.

When you’re performing, how often do you make an individual connection with someone in the audience?

Every day. The best one I’ve had with “Disaster!” was a lady who was suffering from MS. And she was sitting in the front row, and I was admiring her cane, it was a beautiful cane, it was kind of golden, and I told her after the show outside, “Yeah, you were kind of a villain from a James Bond movie with your sexy, sparkly gold cane!” And she told me that this was the most fun that she’s had in a while, she’s been going through a lot of treatments, and that the burden of that that she bears every day. And she said to me, “I hope you know the work that you’re doing, and how important it is to do comedy and make people escape their problems.” And those are her words from a fan, not mine, and it reminded me that it’s not just song and dance. That it does help people in their daily lives.

Besides The Walking Dead, what shows or performers are you a mega fan of?

I love theater, and I love television, and it’s sort of the golden age of both. As an escape, I like my [TV] shows as my escape from my own job, so I’m really inspired by Breaking Bad, The Wire, Fargo, Better Call Saul, House of Cards… there are so many great shows and I’m only naming a portion of them. But the artists in those shows, and what they’re able to do, they inspire me.

What’s the most ideal kind of audience member?

And then Jennifer had one last thing to say to theater fans everywhere...

Thank you for the fans, if I haven’t said it enough. Because you’re the ones buying the tickets and supporting our thriving Broadway community, and we wouldn’t be there without you. We love our fans!