Opening Act's Social Board invites you to join them for a special event to support New York City's most under-resourced public high school students through the power of theater! 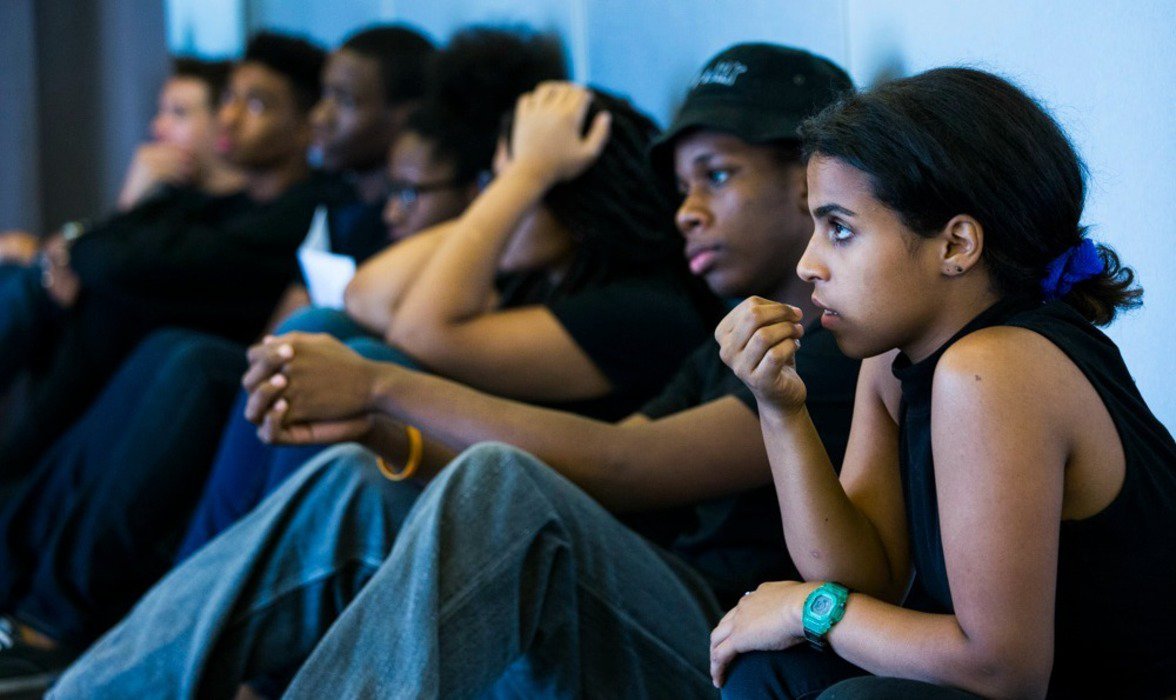 Theater is a multifaceted art form -- an experience that transcends any single production, rehearsal, or message. However, theater isn't always accessible to all. The price of tickets aside, simple access to shows is denied to too many young adults in America.

Happily, there are ways that we as theatergoers can expand the reach of this indelible art form. One of them is Opening Act, an organization designed to bring theater to underserved schools and their students.

Founded in 2000 by actors and educators, Opening Act seeks to level the playing field for students by specifically partnering with New York City schools that have lower than average graduation rates (as few as 33% of students graduating in four years) and an evident lack of theater programming. Specifically, they host the After-School Theater Program, a year long program teaching improvisation, acting techniques and writing for the stage. At the end of the term, students produce an original piece they created in a professional theater.

Of course, it isn't easy to keep a nonprofit running, and that's why Opening Act is about to host its annual fundraiser. Dubbed THE SOCIAL, this event is an exclusive and celebratory party to support students and the Opening Act mission. It takes place on Thursday, June 1, 2017 from 7pm-10pm at the Center for Architecture. It will feature an open bar, delicious food, an exciting raffle (featuring travel, dining, and entertainment packages), and a performance by Opening Act’s Alumni Improv Allstars. Buy your tickets here.

What theater non-profits do you support? Let us know in the comments below!