Theater Etiquette: Tips for Taking Kids to a Show

Skip the movie and turn off the TV: it's time to take your kids to a show! We asked our resident parental expert, Raven Snook, for the scoop on how the whole family can enjoy a day at the theater. 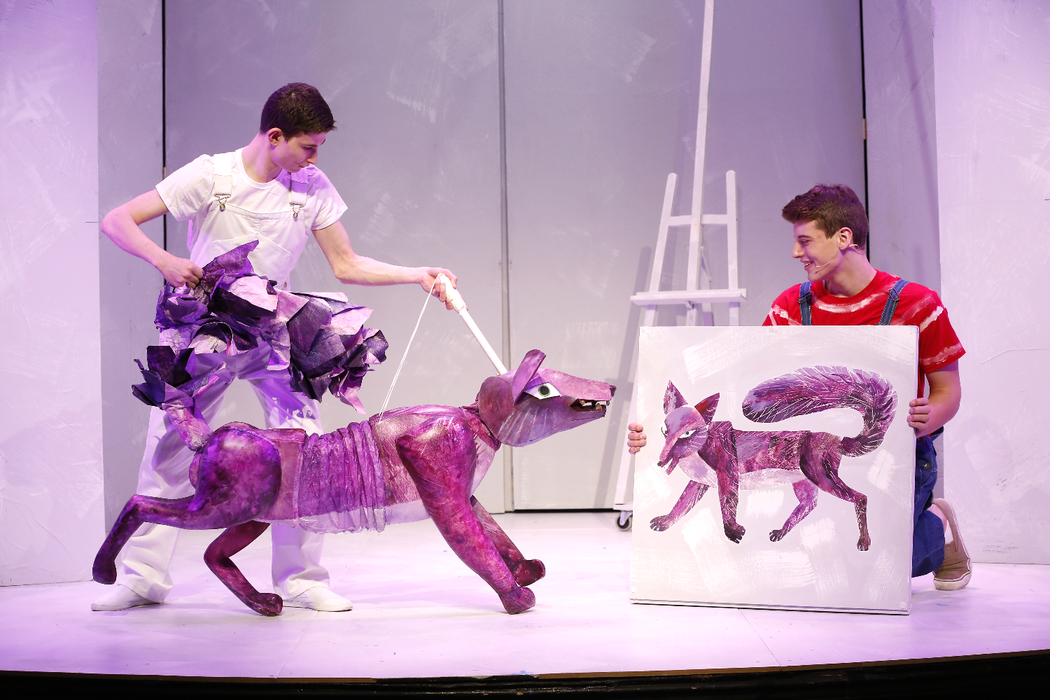 "The Very Hungry Caterpillar Show" is a great pick for kids | By http://www.hungrycaterpillarshow.com

Before we get started, be sure to check out our guide to the best kid-friendly shows on Broadway and beyond! Our personal favorite pick? "The Very Hungry Caterpillar Show"! Based on the beloved children's book by Eric Carle, it's full of bright and creative imagery that invokes the tissue paper illustrations of the original.

Is there any way to best avoid having your child ask a million questions during the show?

Even if you think your child knows how to behave during a live performance, talk to her about it again. And again. And again! Yes, she'll find it annoying, but it's important to communicate your expectations for your child's behavior. If your child has never been to a show before, or has graduated from little-kid theater (during which disruptions were tolerated) and is now seeing a "grown-up" production, it's even more important to be clear about the new rules.

It's one thing for kids to be restless at the Swedish Cottage Marionette Theatre in Central Park, but when they're talking up a storm at the New Victory or on Broadway, well, to recontextualize an old chestnut, they've "got to be carefully taught."

For school-age children and tweens: I think it's good to go over the plot of a show beforehand. Maybe read a synopsis online, or even see the corresponding movie or read the book (if there is one). Reading reviews can also be helpful. In fact, I find that as kids get older, it's great to involve them in the process of picking the shows you see as a family.

Is it okay to bring snacks into the theater for young children?

So technically, most theaters do not allow this. They may tolerate it of course, but you'd be surprised. For example, the New Victory sells its own snacks so if the staff catches you with your own, they will tell you to put them away. I think for preschoolers, bringing snacks and water to avoid a meltdown is acceptable. But be prepared to put them away if caught, and for school-age kids, they should be good with a meal beforehand. Of course lots of Broadway shows sell snacks during the performance these days so good luck not buying popcorn at "School of Rock"!

Are there any specific parts of the theater where parents should try to book seats?

Bringing kids to the stage door: yes or no?

Preschoolers? Hell no. School-age kids? It depends on the child. Often it's the young theater fan insisting that you stay afterward. If that's the case and you're willing to support him, go for it. But if the parent is the one who wants to do it, it's probably a bad idea. That said, even if the child is the catalyst for staying, prepare him for disappointment. Not all performers stop and sign autographs or pose for pics. Some don't even say hello. If you're staying after just to enjoy the experience and to meet any of the performers who are willing, you'll enjoy yourself. But if your child has his heart set on meeting a particular star, it's probably smart to do a little googling to see how this celeb treats his fans. You could even ask on a theater message board like Talkin' Broadway's All That Chat to see if other theatergoers have stories about said star.

Do you have any major "don'ts" for parents? For example, when I caught a 7pm showing of "Tuck Everlasting" last month, there was a child who looked to be about 8 years old, stretched out across two seats with his own blanket!

Um, yikes! I guess you could say, even with school-age kids, it's best to book a weekend matinee. After a long school day, even a 7pm curtain may just be too late. Also, it's really important to check to see not only if a show is appropriate for your child, but whether it will interest her. By age 8 or so, kids already have lots of opinions. Dragging your child to the latest family show doesn't make sense — it may end up being a waste of your time and money.

And in terms of when to introduce more mature theatergoing, it's easy to overestimate what your smart, sophisticated child can handle. If the show says best for 14 and up, you should listen! Same if it says for 5 and up (and for the record, all Disney shows are for 5 and up or even older!) Technically children under age 5 aren't allowed in Broadway theaters at all.

Have you ever experienced a personal parental "don't" before at the theatre?

Even I've fallen victim to thinking my kid is more grown-up than she is. Because she studies circus and liked the original cast recording of "Pippin", I decided to take her to the recent Broadway revival of the musical when she was just 8. At first, she did great. After all, she's already a Broadway vet due to mom writing about theater for a living. And she loved the circus theme.

But then came the last scene of the first act, in which (spoiler alert!) Pippin kills his dictator king father. The minute the blade went into his back, my daughter screamed out at full volume, "Why did he kill his daddy!!!!?" and started to cry. Even though she knew how to behave at the theater, she was so overcome by emotion that she couldn't stop herself. I grumbled "Be quiet!!!" as quietly as I could, and thankfully, intermission came soon after. But she was so loud, and we were so close to the stage, I got the sense that even the performers heard her!

While everyone around us was very understanding — one fellow audience member came up and told her, "You verbalized what we were all feeling!" — the fact is, I shouldn't have brought her. She wasn't ready, and it was my responsibility to know that.

Do you take your kids to the theatre often? What are their favorite shows? Let us know in the comments below!