Show-Score member Ilana Simons seems like a New Yorker with a full plate. She's a psychologist with a wide practice, and until this year, she scratched the art-making itch by creating short animations (one of which even screened at Sundance!) But after a lifetime of enjoying theater at the avant-garde edge, she's decided to leap into the messy, communal, theatrical fray by creating a piece of her own. 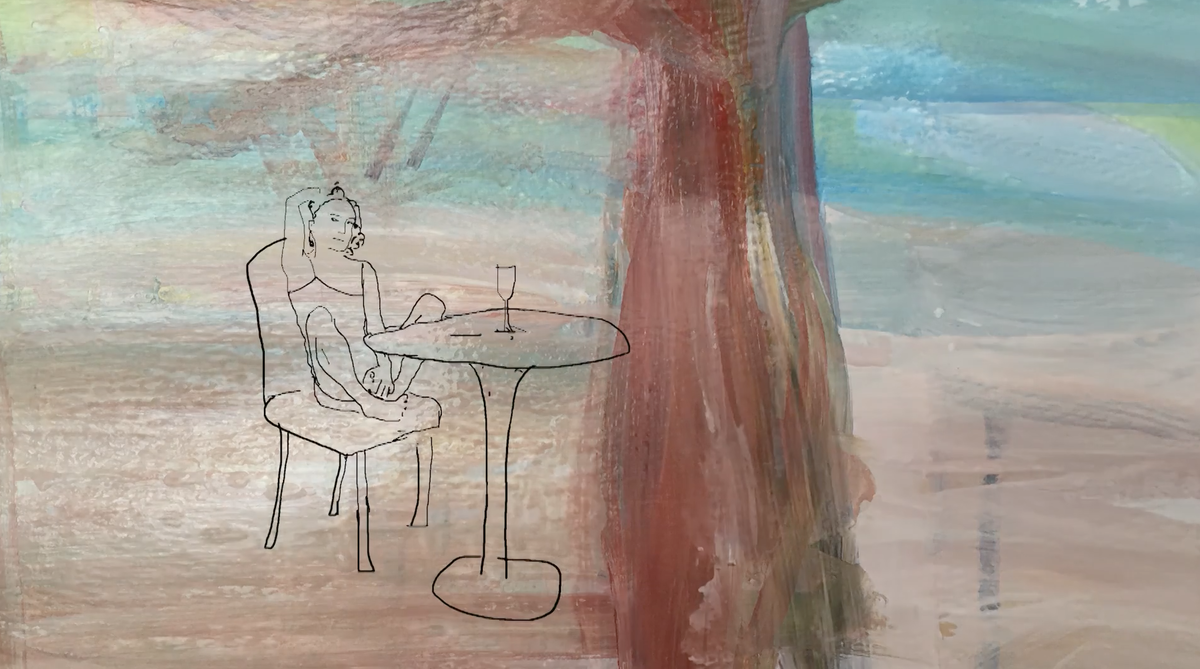 I met Ilana at a café in Brooklyn to try to understand how a longtime fan makes the leap to theater maker.

As a theatergoer, Ilana's tastes have always drawn her to more off-beat experimental fare, work from downtown luminaries like Cynthia Hopkins and Sybil Kempson, at venues like JACK, the Brick, and The Bushwick Starr. “I love risks,” she told me. “I tend to like watching shows where you can feel the roughness of the risks they’re taking.”

Cynthia Hopkins’s "The Alcoholic Movie Musical" stands out as a recent favorite, a radically intimate work that favors straight-from-the-hip talk about Hopkins's struggles with money, love and booze. Now Simons is trying to make work within the same world as the artists she admires, striving to create a piece infused with that spirit of scrappy adventurousness.

Considering her background as both a Virginia Woolf scholar and literary professor born into a "performative family" of teachers, it's unsurprising that theater has always played an important role in Ilana's life.

And when it comes to inspiration and self-expression, art and running have long served as her main creative outlets. “My sport is running, my art has usually been writing, I do things where I just rely on myself and have no fat or middleman between doing it and getting it out. So [theater] — it’s an art for more social people, right? Because you have to build a team and rely on a team.”

Interestingly enough, it was through her passion for running that her desire to create theater was actually awakened. She’s always found that at the end of a long run “your brain moves to really interesting places, and playful places. What’s normal will just shift slightly.”

Her animated short “On Running” explores this topic.

Towards the end of a run through her new neighborhood about two years ago, Ilana found herself musing on the videos she’d been making, and then was suddenly struck with the thought “why not act with the video?” From that moment Ilana was sure she wanted to create a piece of theater, but “it took a very long time to find the right way to do that.”

That moment of inspiration and bravery lead to two years of hard work, conceiving and reconceiving the center of her piece until it evolved into a very personal story. “I had moved to a new neighborhood after my divorce, and I was feeling like my voice was small. So the play is about finding my voice in family of charismatic men.”

The result is an interactive hybrid of animation and performance. Designed for an intimate audience of twenty, theatergoers experience the piece lying on yoga mats watching the main narrative projected on the ceiling.

For many people, the prospect of debuting their first theater piece would be impossibly daunting, but Ilana feels ready. “You know a lot of people love New York because you can walk around and be strange, and take risks, and at the end of the day you’re alone. So there was the comfort of anonymity with trying something utterly new for me.”

Ilana’s show “All Together Now” debuts at FringeNYC next week.