Like many Show-Score members, Jeff B 6072 has a passion for collecting. His item of choice? Broadway window cards. 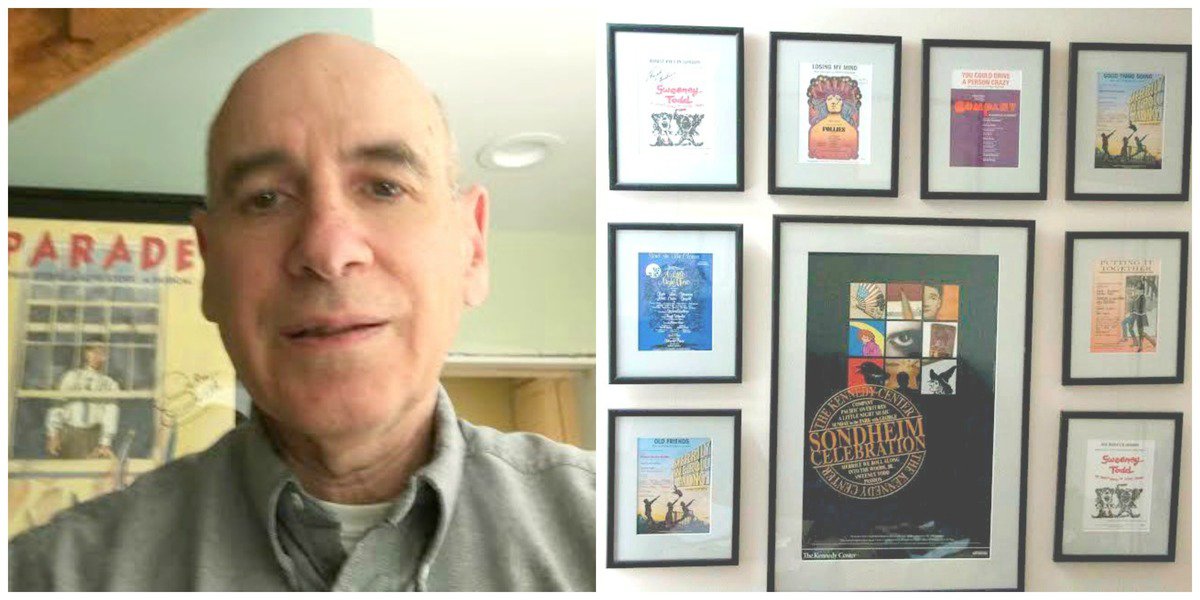 The year was 1979. Jeff B 6072 was coming to New York to see, "Peter Pan" starring Sandy Duncan. After the show, he picked up a window card for the piece; he couldn't have known the road he was embarking on, but with this purchase he was hooked.

Now, with his total nearing 40 posters, Jeff is running out of wall space in his Pennsylvania home, and specifically building new spaces to put his impressive collection on display.

Jeff doesn’t purchase a poster for every show he sees, but his criteria for purchasing includes that he has actually seen that specific production or that he knows someone in the cast who has signed the poster.

All of his posters are signed, so clearly he has a special mechanism to gather signatories. According to Jeff, some signatures have been obtained through fundraisers for Broadway Cares, some have been obtained at stage doors or at BroadwayCon (where his portfolio caught the eye of Show-Score founder Tom Melcher).

Jeff views every poster as special, but there are stand outs: “one of my greatest treasures is an original production poster of Stephen Sondheim's "Passion" personally signed to me by Donna Murphy.  I am hoping that Marin Mazzie will also sign it when I see her at 54 Below.  It's one of my favorite productions, and Marin is probably my favorite leading lady.”

One of many walls Jeff has devoted to his collection

In addition to the experience of seeing the show, a poster’s artwork can also be important. Although it’s hard to choose a favorite, Jeff cites the poster for the Lincoln Center Theater's production of “Parade”as a personal highlight: “from a purely artistic point of view, I love the colors and shapes, and it complements the rest of my decor so well, that it hangs alone in its own special place.  It's also personally meaningful to me as my former mother-in-law grew up not far from where the play was set, and was acquainted with Lucille Frank.”

Acquiring  so many window cards can be expensive. The most Jeff has ever paid is $300 ( GYPSY signed by the entire cast including Patti LuPone), but the cost is balanced by finding some real gems, like his “Freaky Friday” world premiere poster, purchased for just $10 and signed by the entire cast at the stage door of the Signature Theater in DC!  That being said, for Jeff it's not about the deal, it's about the show: “I buy posters because I love the SHOWS they remind me of, not as an investment.”

Perhaps the best part of collecting is the people Jeff meets as a result.  After winning a signed
"IF/ THEN" poster on eBay, Jeff was going to be in New York to see shows, and it ended up that he and the seller were going to be attending the same performance.  “We have stayed in touch so my poster collection has worked as a social networking system of sorts.” It helps that the seller was a major Broadway producer.

Thanks for sharing your collection with us Jeff! It is truly something to behold.

Do you collect Broadway memorabilia? Let us know in the comments below, or check out our store to get started!