News: Show-Score Is the Website Theater Fans Have Been Waiting For

With the Tony Awards on the horizon, Tom Melcher's site wants to be the Rotten Tomatoes of Broadway. 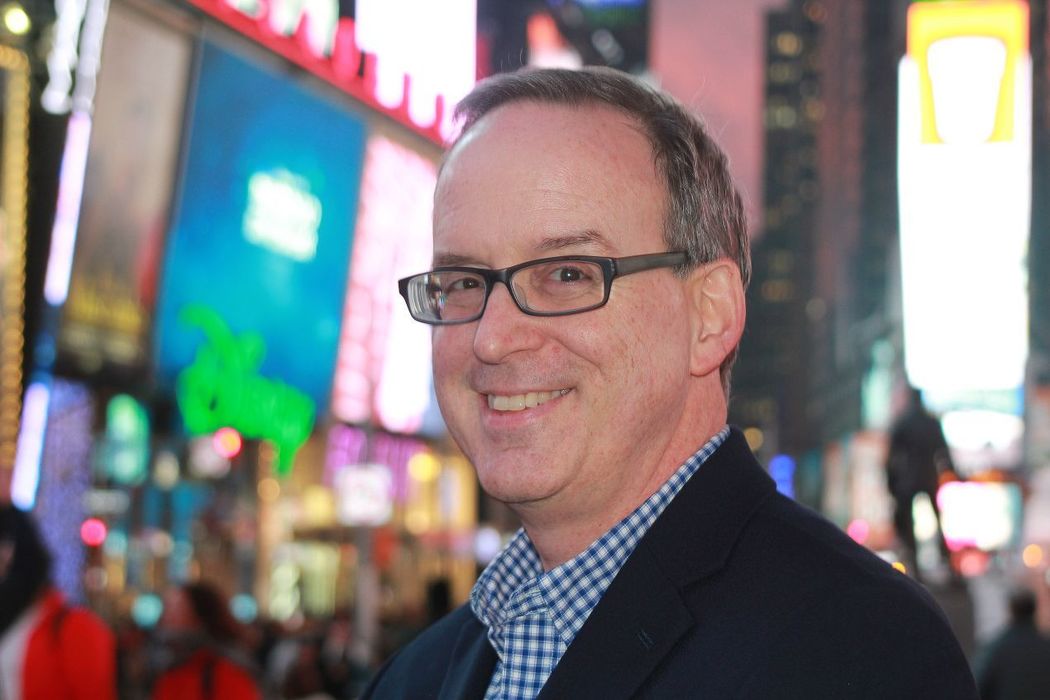 Tom Melcher, founder and CEO of Show-Score. | By Deeksha Gaur

﻿This article was first published by the New York Observer on 4/26/16, written by John Bonazzo.

How does a website that’s only been around for seven months already have more reviews of New York City theater than Facebook, TripAdvisor and Yelp combined?

Ask Tom Melcher, the founder and CEO of Show-Score, who throughout his life has had two great loves: tech and theater. Until now, his professional life was focused in the former field—he has launched 10 online companies, in fields from software to education.

As he searched for shows to see in his free time, Mr. Melcher took critics’ reviews into account. But when he looked up consumer reviews on sites like Facebook, he kept running into the same problem: a lack of specificity.

“Most consumer reviews are ‘four stars, loved it’ or ‘one star, hated it,’  which isn’t actually helpful,” he told the Observer.

In this problem, Mr. Melcher saw an opportunity. So in September he and a team of collaborators launched Show-Score, a Rotten Tomatoes for fans of New York theater. The site, which is still in beta, recently completed its angel round—investors included Kevin Ryan, founder of Business Insider, and Vikram Somaya, senior vice president and global data officer at ESPN.

Show-Score features reviews from both critics and members who are regular theatergoers—each show gets two scores based on what critics and consumers think. The site has about 50,000 members so far, who have written 80,000 reviews of New York City shows.

A sampling of Show-Score member reviews of Wicked.(Screenshot: Show-Score)

Theater fans who want to write a review on Show-Score first have to give the production a score between zero and 100, and choose five words to describe their feelings about the show. Finally, they have to give specific reasons why people should “see it” or “don’t see it.”

The other crucial aspect of the site is that users must sign in and create an account before they critique a show. Mr. Melcher sees this as a way of keeping them honest.

“This is a new way of reviewing,” he said. “We don’t want anonymous people talking about theater, we want you to stand behind the words.”

Show-Score also features a “shows you might like” section which is controlled by the user as opposed to a machine learning algorithm. Once a Show-Score member picks their favorite actors, directors, playwrights and critics, they will see recommendations based on those parameters i.e. “because Audra McDonald is in this show” or “because Ben Brantley liked this show” the user may enjoy it.

Users can also follow individual Show-Score members whose tastes align with theirs, and hear about new shows from them.

“It’s similar to getting word of mouth from friends,” Mr. Melcher said. “The New York Times isn’t the only critic out there.”

Some of the actors users can follow on Show-Score. (Screenshot: Show-Score)

Show-Score does not sell tickets or offer discounts itself, though it links to sites that do. It also helps users figure out how much they’re actually paying by showing the full ticket price after fees are added in.

One of the site’s newest tools, Price Alert, also simplifies the ticket buying process. A sort of Priceline for theater, the tool allows users to specify how much they’re willing to pay for a particular show, and then shows them the best discounts based on those parameters.

Now that the theater awards season is heating up, Show-Score has partnered with Audience Rewards, a Broadway loyalty program with two million members, on a Tony Awards game.  Starting May 3 (the day nominations are announced) users can make predictions, see how their choices compare to those of other players and compete for a million Audience Rewards points. Predictions will be updated in real time during the show, and whoever gets the most categories right wins the points.

“There’s a neverending stream of information between the nominations and the telecast,” Mr. Melcher said.

“They’re gonna watch Hamilton win and see Lin-Manuel Miranda rap his acceptance speeches, but they’ll see that there are other amazing shows too.”

Mr. Melcher said that this year’s show may seem a bit boring because Hamilton is the prohibitive favorite to win Best Musical. But he also thinks the Tony Awards game (and the show itself) will be a way to expose consumers to other Broadway shows.

“In previous years only theater fans cared about the Tonys, but this year there are gonna be people will will tune in just for Hamilton,” he explained. “They’re gonna watch Hamilton win and see Lin-Manuel Miranda rap his acceptance speeches, but they’ll see that there are other amazing shows too.”

In a similar way, Mr. Melcher wants Show-Score to stand out as the website people go to for information on theater of all kinds, Hamilton and otherwise.

“If you’re trying to discover a show you love at a good price, you’ll go to ShowScore,” he said.

If you're not already a Show-Score member, sign up for free right here! You'll have access to discounts, free tickets, and of course, thousands and thousands of real theater reviews, written by real theater fans like yourself.