"On Your Feet!" On Broadway

Learn everything you need to know about "On Your Feet!" the musical!

Learn everything you need to know about "On Your Feet!" at Show Score, from cast to plot, to what made the show unique and successful. 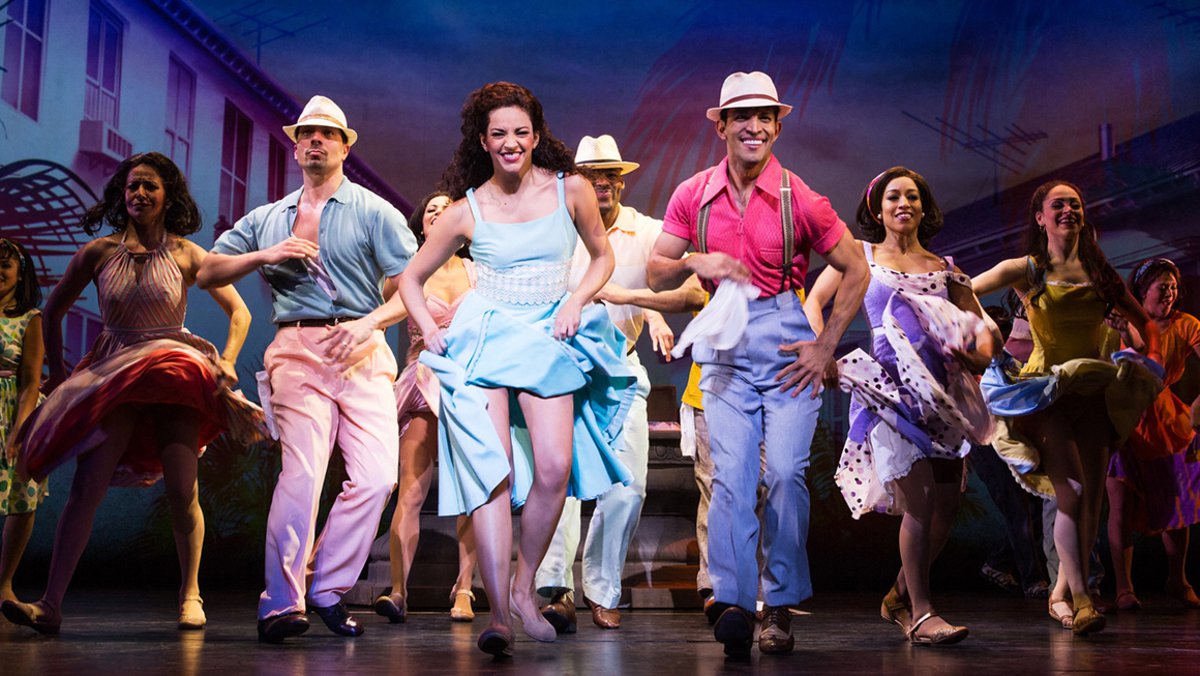 "On Your Feet!" on Broadway! | By Matthew Murphy

Are you looking for a play that will be energetic, feature songs you’ve heard before, and be fun for the whole family? Look no further! "On Your Feet!" the musical, currently running on Broadway, is sure to be an exciting and lighthearted evening out on the town.

"On Your Feet!" is a musical based on the lives of Cuban pop superstars Gloria and Emilio Estefan. Currently running at the Marquis Theatre in New York City, it features a book by Alexander Dinelaris and a score that is centered around Gloria and Emilio’s well known and widely beloved pop music.

"On Your Feet!" the Musical began with a pre-Broadway run at Chicago’s Oriental Theatre in the summer of 2015, moving to Broadway’s Marquis Theater on November 5, 2015.  It received many positive reviews and was nominated for seven Outer Critics Circle Awards, three Drama League Awards, and was a Tony nominee for Best Choreography.

"On Your Feet!" is directed by Jerry Mitchell (Kinky Boots), with choreography by Colombian dancer and choreographer Sergio Trujillo (Jersey Boys). The original cast featured Ana Villafañe as Gloria, and Josh Segarra as Emilio. Currently, Gloria is still portrayed by Ana Villafañe, but Emilio is now played by Ektor Rivera.

"On Your Feet!" The musical is infectiously high-energy and fun - much like Estefan’s music! The show features many of her recognizable hits, such as “Rhythm Is Gonna Get You”, “Get On Your Feet”, “Conga”, and “1-2-3.”

Gloria teams up with Emilio to create a style of music that blends Cuban and American styles of music, singing in both Spanish and English. Of course, the pair quickly falls in love. After some initial struggles with their record label and local radio stations, they are quickly catapulted into the spotlight with the release of their single “Conga.”

In Act II of "On Your Feet!", Gloria and Emilio hit the road on a worldwide tour. The tour is exhausting for Gloria, who is working through family jealousy and drama because of her overwhelming success. During the tour, their bus encounters a snowstorm and hits a semi-truck, and Gloria breaks her back. She is transported to New York City for emergency surgery, and though doctors tell her she may never walk again, she persists and she makes a full recovery, returning to the stage at the American music awards in 1991.

"On Your Feet!" Broadway has only continued to grow in popularity since its opening. The show has been featured at both the 2015 and 2016 Macy’s Thanksgiving Day Parades. The cast - along with Gloria Estefan - performed at the New Year’s Eve show in New York’s Time Square on December 31st, 2016. January 19, 2017 marked the show’s 500th performance.

Earlier this year, Gloria and Emilio revealed some exciting news - "On Your Feet!" is going international!  A United States tour will begin in Miami, Florida in October of 2017. Later that month, the show will also begin a run at the Beatrix Theater in Utrecht, Netherlands, where it will run until February of 2018. So, if you can't catch "On Your Feet!" on Broadway, you could see it soon on tour!

Don’t miss out on this energetic and fun show - make sure to get on YOUR feet to sing and dance along!

Seen "On Your Feet!" on Broadway? Looking forward to catch it on tour? Let us know in the comments below!