One Lucky Member Won $1,000 of Theater from Show-Score — Here's How He Spent It!

How would YOU spend $1,000 on theater? That's just the situation that one lucky Show-Score member found himself in when he won our $1,000 of theater contest last year. Read on to discover how Show-Score member Guilty One spent his prize! 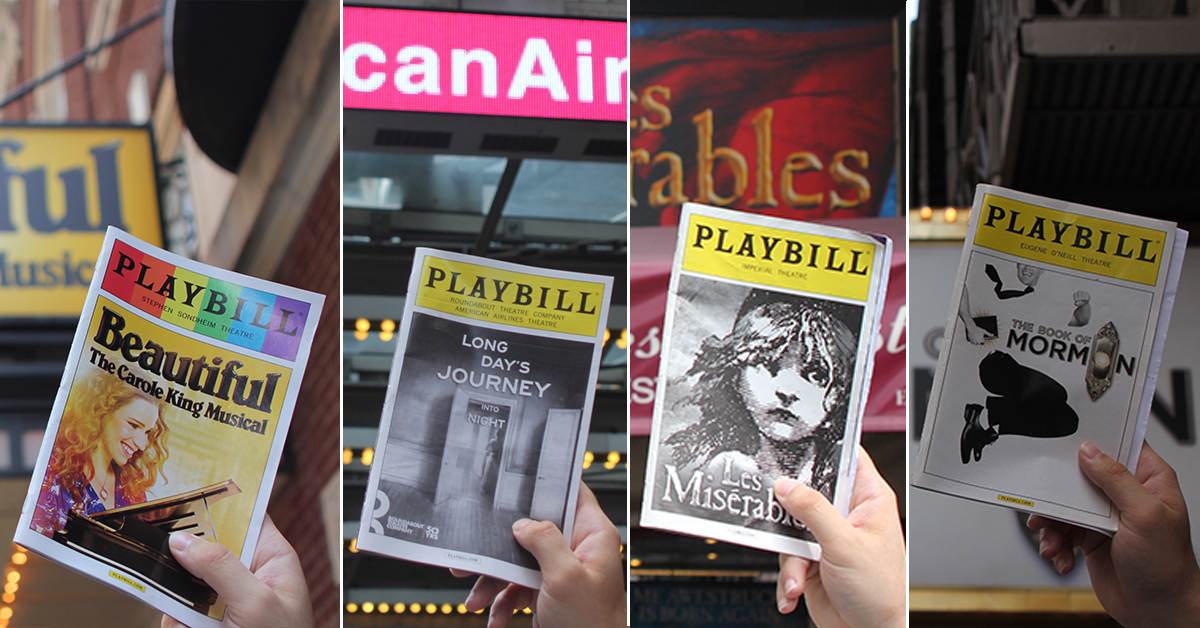 When Show-Score member Guilty One (a username chosen in reference to his favorite musical, "Spring Awakening") found out that he was the lucky winner of our $1,000 of theater contest, he immediately set a plan in motion.

"I was game for seeing most things: there were a few shows that I knew I had to see," Guilty One (real name Aaron) points out.

When someone hands you $1,000 to spend on theater tickets, it might be tempting to drop all of that money on one "must see" show in particular. But Aaron was able to stretch his $1,000 much further than that.

"I was lucky enough to be able to get a face value ticket for 'Hamilton'," says Aaron. "I saw seats disappearing left and right on the website, so I immediately jumped from November to January." The date switch might have meant a longer waiting time, but when you're seeing shows like "She Loves Me", "Allegiance", and "Book of Mormon" in the meantime, it makes the wait much easier to bear. 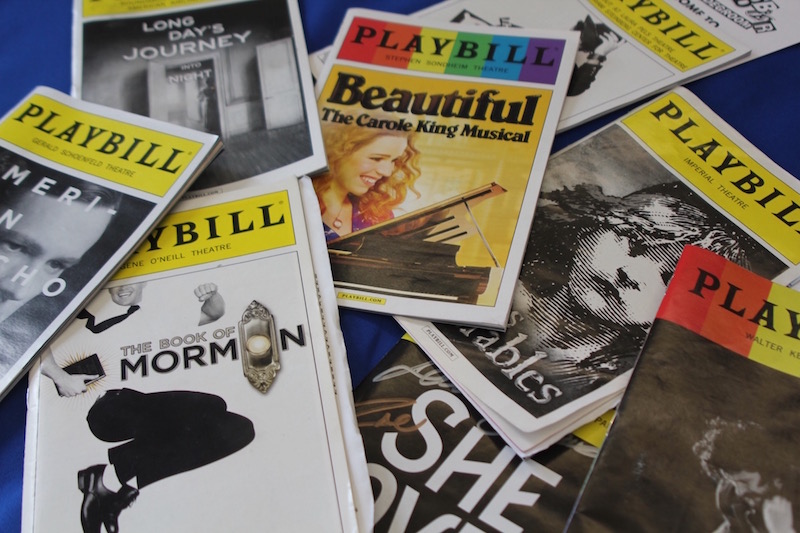 (a selection of Playbills from Aaron's $1,000 of theater journey)

After purchasing an incredible total of 17 tickets for 14 shows from his $1,000 prize, Aaron says he still has $111.80 left over. "I plan to see 'Waitress' via TKTS and 'The Color Purple' via rush, plus whatever whatever else I can squeeze out of it!"

And as for the shows he's seen so far, Aaron says he definitely has a few standouts. "Long Day's Journey Into Night" may have been the "finest" production of them all, but "American Psycho" was his absolute favorite "by far", mostly "because it was so polarizing!" He'd already seen it with his friend, and decided to use some of his prize money to snag a ticket to the show's final matinee. "The cast is in such incredible shape, it inspired me to start a diet that very night," Aaron adds. "I've lost 22 pounds so far!"

If you'd like to win $1,000 of theater from Show-Score, you're in luck! Through August 31, you can enter to win $1,000 in theater tickets ANYWHERE IN THE US. You choose the shows, dates, and seats, and we'll pay for the tickets. Click here for more details!

All you have to do is log into your Show-Score account (or sign up for free if you don't have an account) and score a show that you've seen. And that's it; you're automatically entered to win!

You can triple your chances by inviting your friends to join Show-Score. When they sign up, you get three entries!